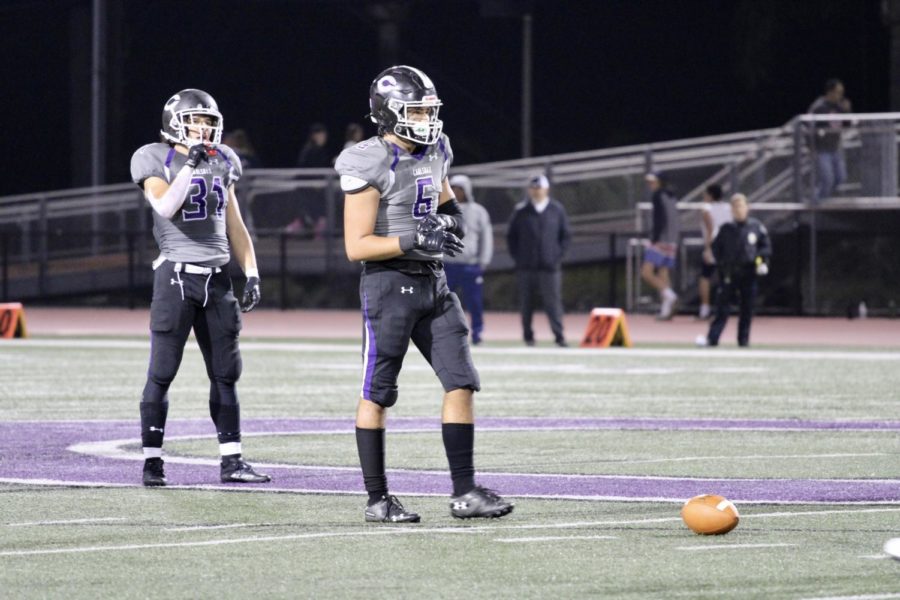 Dom Marin is a senior at Carlsbad High School, and one of the varsity football defensive ends. He has played all four years and is one of this year’s captains.

One of his favorite memories of playing football at Carlsbad was the homecoming game this year. At the game, Carlsbad beat Torrey Pines High School by one point in the last seven seconds of the game.

“It was the craziest game I have ever been a part of, and to have that as a senior is crazy,” Marin said.

As a captain, this season, one of Marin’s Responsibilities is to keep his teammates inspired.

“Since we are having such a successful season everyone is extremely motivated,” Marin said. “Last time we had a playoff we lost in the championship to Helix.”

The team made it to the playoffs this year and is preparing for the home playoff game on Nov. 12th. The team overcame many challenges this season, and Marin offers advice for future athletes.

“Some advice I have for future athletes is to soak it all in,” Marin said. “They aren’t lying, it does go by that fast.”