Up and coming rapper goes beyond Carlsbad 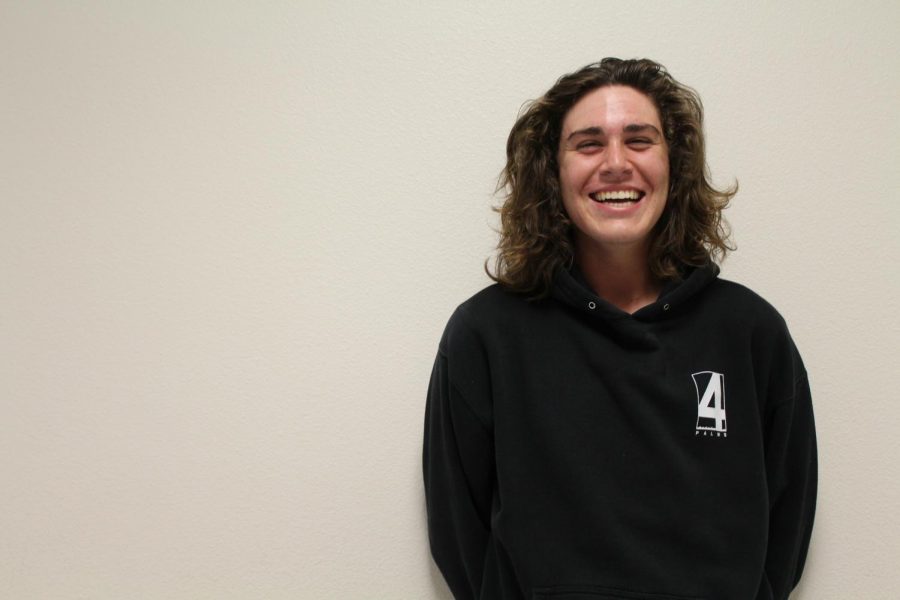 Recording in a studio in North Hollywood is a dream many want to achieve, and junior Gavin Schmidt already has. Schmidt possesses a passion for music that goes beyond just listening to it; He writes it and puts it on music streaming apps such as Apple Music, SoundCloud and Spotify for many to listen to.

A passion that started in middle school as a result of his older brother making music has not only landed him an audience, but also a recording deal. Schmidt, only 17 years old, writes his own music which he described  as ‘different and vibey’.

“My older brother made music before I did which is how I got into it,” Schmidt said. “My mom helped me get started and all the money I make goes back into the music.”

Along with the support and motivation from his family, Schmidt also has strong encouragement from his friends. One of his closest friends, Johnny Favila, has accompanied Schmidt to the studio multiple times and has encouraged the rapper to keep making music.

“I take pictures for him occasionally for him to post on Instagram,” Favila said. “ I also go to the studio with him.”

While it may be seen as a common hobby for many teens today, especially at Carlsbad High, many of the artists have yet to play actual shows. Schmidt has performed three different times, all being at the San Diego Observatory. Not only has he performed but he has also collaborated with a few different artists, something that young musicians do not do often.

“I’ve written for other artists,” Schmidt said, “I don’t have a favorite piece, I like all the music I have written for myself and other people.”

Not only has Schmidt developed his own style of music throughout his career, but he has also been inspired and motivated by many successful role models in the field.

“I record and write music whenever I have time, I don’t have a set schedule to do it,” Schmidt said. “Raredell and Glow Boy influenced me because their music is really good.”

It is safe to say that music plays some sort of role in everybody’s life. It is something that can be used to cope or used to express the way someone feels. By writing and producing music, Schmidt is is able to express himself and share it with the world.

“The music that I have written has shaped the way that I am,” Schmidt said, “I can express myself through the music and release my feelings into it.”

Throughout his career, Schmidt’s passion for writing and producing music has only grown. By learning from his experiences, not only has every track that he has put out been different but his lyrical abilities have improved; something his supporters have taken notice of.

“I have listened to all of his music but ‘Black Heart’ is my favorite,” Flavia said. “ I like the lyrics and what he is saying in it. It is lyrically stronger than all of his other pieces.”

It is no lie that the music industry is not very easy to get into nor is it easy to thrive in it.  Schmidt believes that if he keeps doing what makes him happy he shouldn’t worry what others think of his music and gives that advice to other aspiring musicians.

“Right now I hope the music keeps going up like it is,” Schmidt said, “ Just do it, don’t listen to anybody and what they have to say about it.”