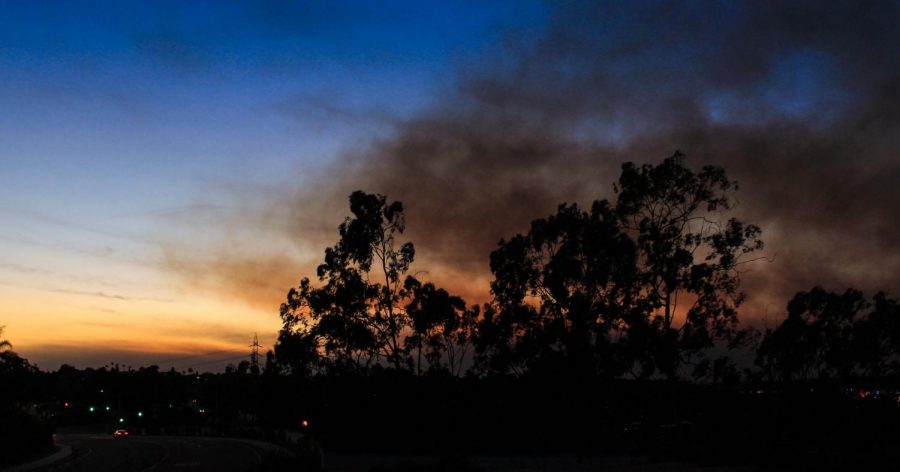 Fires blaze throughout Southern California, causing thousands of people to evacuate and leave their homes behind.

Students respond to the December fires

As students' lives from all over Southern California are turned upside down, they share their thoughts on the new events of the fire.

Turn on the news. What is the first thing you notice? Headlines for the Lilac fire, everywhere. It is spreading quickly, moving towards South Oceanside and forcing thousands of people to evacuate their homes. Many districts close their schools as they await further notice, with students’ safety as first priority. More than 10 school districts have closed for Friday, Dec. 8, and students from all over Southern California share their thoughts on the sudden events of the fire.

“Well, I feel worried because I want to make sure everyone is okay, but in times like these you really see a community come together,” junior Hannah Haughton from Carlsbad High School said. “People all over social media are checking in making sure everyone’s okay and it’s heartwarming to see this. I think the school is having a good call in cancelling school because with all the scariness, school is the last thing on people’s minds.”

As of right now, the fire has burned 4100 acres, still with 0% containment. More than 23,000 people have evacuated their homes, leaving belongings behind, with no promise of returning.

“It made me really nervous and scared, just the thought of seeing everything I own disappear blew my mind,” junior Madisyn Brillo from El Camino High School said. “I’ve always seen things like this happen on TV, but I never thought I would ever be a part of it. It also broke my heart that if we did have to evacuate, I couldn’t bring everything.”

“It made me really nervous and scared, just the thought of seeing everything I own disappear blew my mind. I’ve always seen things like this happen on TV, but I never thought I would ever be a part of it. It also broke my heart that if we did have to evacuate, I couldn’t bring everything.””

Some individuals have chosen to take precautions, prior to possibly being evacuated. As the fire eases its way towards Carlsbad, students begin to pack their most valuable items.

“Things are a little bit hectic,” sophomore Nicole Burke from CHS said. “I wasn’t too worried for a while, but after watching the news and looking at social media, once the fire had gone over 4100 acres, I started worrying. I was so worried I was going to have to evacuate during the night that I packed a bag full of all my favorite and sentimental things. Then I took a video of my house because my dad told me if it burns down and we have a video, the insurance [company] will reimburse us for our nice things we’ve lost. After waking up this morning, I feel good. I haven’t heard anymore news about the fire so hopefully it is being contained.”

Cathedral Catholic High School still has its doors open today, but despite this, junior Tess Dufour continues to think about those suffering because of the fire.

“I am praying for all the people that are affected, but I’m not super nervous, because I know most people will be safe because of evacuation procedures,” Dufour said. “I’m mostly scared for the animals though.”

While some nervously await evacuation, other Southern California students such as freshman Sierra Anderson from Classical Academy remain calm about the Lilac Fire.

“I’m kind of calm surprisingly about the fires, but I’m evacuating soon when it’s mandatory,” Anderson said. “I’m sad to leave my house, but I have hope it will still be standing in the morning.”

While firefighters try to contain the fire, students keep updated with the news and wait for further details on evacuations. Click here for live updates on the fires.

“I feel nervous because my school and many friends’ houses are in danger,” junior Alaina Stimson from Mission Vista High School said. “Also, my school is on the news as a helicopter landing area and the houses around my school, where many of my friends live, have been put under mandatory evacuation.” 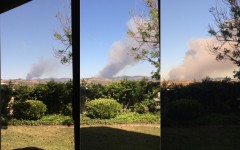 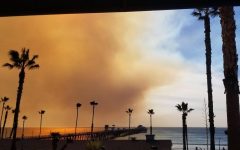 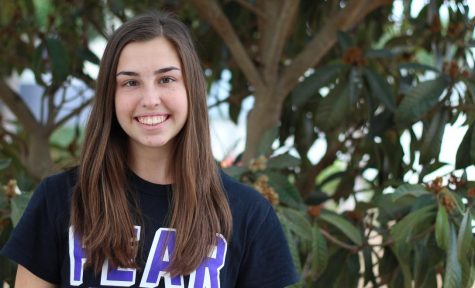 This is Samara Anderson's third year as a journalism staff member. She is also one of the two captains of the varsity dance team, which she has been a...