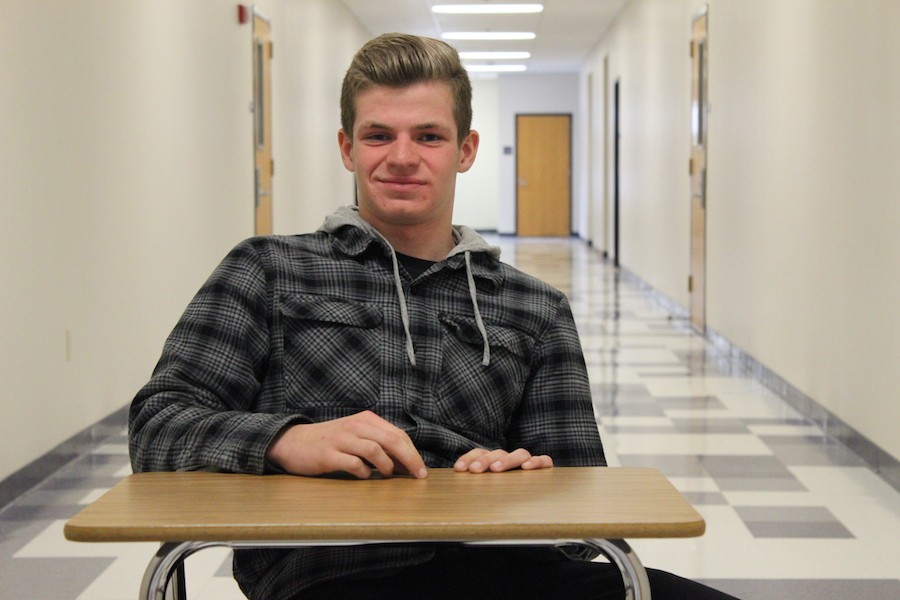 Colten Henry switched into room 3213 for Mrs. Lauer’s class and loves it because she matches his outgoing personality.

“I like where I sit because I can easily participate in the class discussions,” freshman Colten Henry said.

He is a dedicated swimmer and has ambitious dreams for his future.  He hopes to make varsity swim as a freshman.

“I’d like to swim in college but I like to take life one day at a time,” Henry said.

Although he knows it is a stretch, he dreams of making the Olympics.

“The Olympics are a really high expectation to have but right now I’m just focusing on being a standout on varsity as a freshman this year,” Henry said.