Going outside and exploring nature can be a nice escape from reality for teens who struggle with a mental illness. Not only does the fresh air help clear the mind, but there are many new wonders to explore that can keep one’s mind at bay. (Jamie Morgan)

Going outside and exploring nature can be a nice escape from reality for teens who struggle with a mental illness. Not only does the fresh air help clear the mind, but there are many new wonders to explore that can keep one’s mind at bay.

Mental health is a major issue in the world today, whether it be in sports, entertainment or simply in one’s own home. Below are stories covering this widespread issue put together by some of Lancer Link’s staff writers. 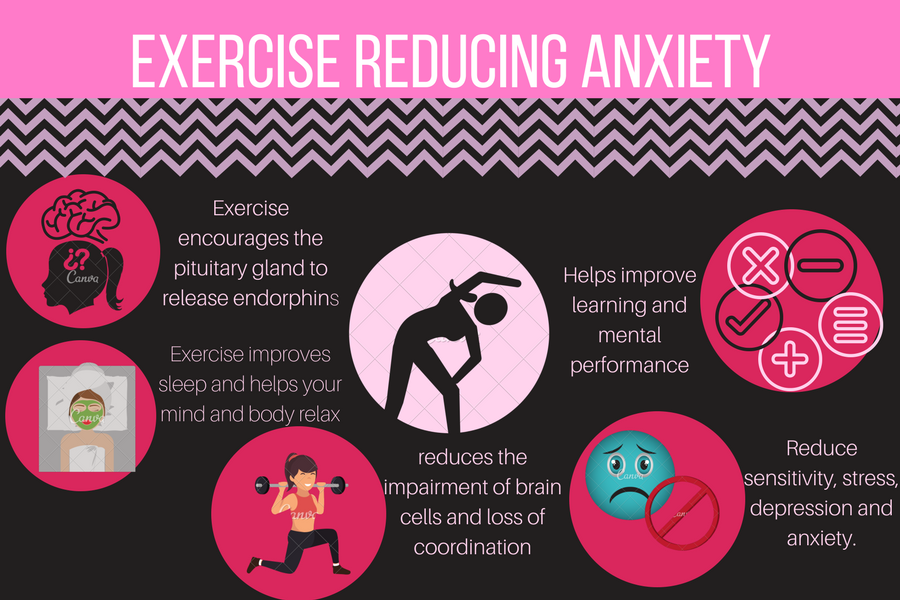 Exercise has been proven effective for people who suffer with anxiety.

People around the world suffer from anxiety and stress, which in fact is the number one diagnosed mental illness. However, this problem is not a lost cause, as people can resort to physical activity as a way to reduce their symptoms instead of just relying on their prescribed medicines. Although anxiety is nearly impossible to eliminate, the science behind athletics reducing stress proves positive in many cases.

Exerting physical activity secretes hormones from your brain and nervous system called endorphins, which act as natural painkillers and also improve the ability to sleep, which in turn reduces stress. Drugs used as antidepressants act in correspondence with the effects of exercise in which they both emphasize the brain’s capacity to absorb serotonin. Furthermore, while suffering from depression, you are also adding death cells in the hippocampus, which is known to be the center of emotion. The factor of physical activity prevents these and strengthens cell and nerve growth.

Even minimal aerobics per day can boost your mood and produce the endorphins necessary to reduce your anxiety level. Some minor activities include biking, a leisure walk or stretching. When your mind is consumed with stress and you feel overwhelmed, it is proven that the rest of your body feels the tension as well. This direct correlation between our physical and mental states proves that if your physical health improves, your mental state will also improve.

Incorporating fitness into your daily routine is important for all, but especially crucial for people under the age of 21. Symptoms of anxiety and depression majorly appear during childhood and teenage years. Currently, approximately 18 percent of adults in the U.S. suffer from an anxiety disorder, along with eight percent of our youth. Thus, stressing the emphasis on activity at an early age to help reduce the possibility of anxiety is an exceptionally effective solution.

Benefits of exercise other than anxiety reduction include enhanced awareness, less lethargy, peaked concentration and overall heightened physical status. As the benefits of physical activity are long-lasting and essential to our lives, exercise must be treated as a primary method of bettering our mentalities and creating a society with extremely minimal anxiety levels in the future. 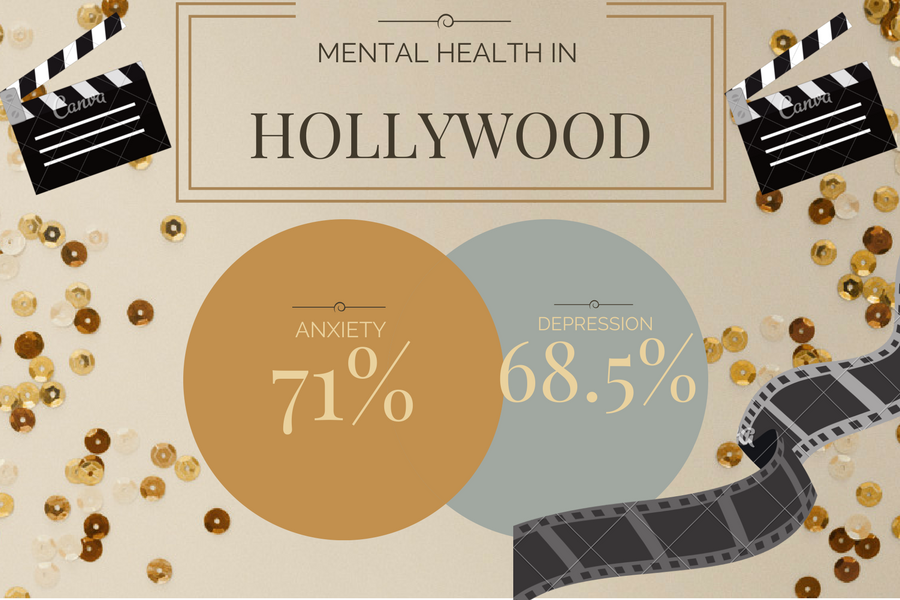 Mental health is one of the main reasons the world’s suicide levels have spiked in this generation. This has become more apparent in the movie and music industry, especially in child stars. Along side Victoria University, Australian researchers have surveyed many people in the industry and have found certain jobs in the spotlight lead to suicidal thoughts. One cannot begin to understand the struggles that adults and children in the industry go through. Although it is pertained as a luxurious life and everyone wants a piece of fame, the reality of the situation is dark. The common conception of the saying “You have to be made for the spotlight” has never been more realistic.

Throughout the years, suicide has become more common within our society, especially people in the public eye and under the pressure of the media. Many of these stars suffered from mental health issues, which can be anything from bipolar disorder to schizophrenia. Mental health has been an issue much longer than society has realized, but it became very much evident when beloved actor, Robin Williams, took his own life. The voice of Genie from “Aladdin” suffered from manic disorder all his life, and later committed suicide on Aug. 11, 2014. Without seeking help, these talented stars’ lives result in the worst possible conclusion: numbing themselves from the struggles of their disorders.

Some of these cases provoke a lot of emotion from the media, such as when children are affected by these mental illnesses. Demi Lovato, who was raised by both parents that struggled with mental health issues is a prime example of the outcome of a child raised in the spotlight. Lovato later discovered she was bipolar and bulimic. This led to her in later years to become an addict. The famous singer seeked help, and she is now a advocate for people with self-image issues and brings awareness towards mental health. Lovato is a perfect model of what people should be doing about the recent spike in mental health issues, which is helping others and making society aware of these issues.

Society has shed light on mental health in the media through film and music, some iconic movies being “Perks of Being a Wallflower” and “Silver Linings Playbook”. To some, this is controversial because they believe it is wrong to highlight these illnesses in the media, although many movies including these help people. Through this type of documentation, society can become more aware of mental health and seek help for themselves or others that they may notice possess the same symptoms. With showcasing mental health in television, movies or the media, we can begin to understand what people with these disorders struggle with. If there are people who seem to have an indication of these mental illnesses, become aware of how to help them.

Mental health: an insanely broad term that means so many different things, but for most, it is a word to categorize those who do not act “normal,” or the ones who stand out in a crowd. An individual with a mental illness can be someone who needs constant assistance within their everyday life, but it can also be the person who sits next to you in class, and you would never know. Contrary to popular belief, mental illnesses are not always spotted by just glancing at someone.

Mental health: an insanely broad term that means so many different things, but for most, it is a word to categorize those who do not act “normal,” or the ones who stand out in a crowd.”

As someone who has an older sister with mild autism, I have witnessed how a person with a mental illness can act inside a home with their family, which can differ from how they may act outside in everyday situations. Like most people, when you are at your own house, you are more comfortable and act less “polite”. Growing up, I was accustomed to the day-to-day tantrums and mood swings. So, when I would go to a friends house and see their older sister not doing the same, I would think that their family is abnormally perfect.

Even though growing up with an autistic sister has thrown a lot of curveballs throughout my life, it has made me grow up in ways I would not have if she was not in my life. It has taught me better ways to handle real world situations and I have learned lots of valuable lessons, one of them being grateful for the life I was given. Most of the time, I felt like I was the older sibling. This caused me to mature faster at a younger age and understand certain concepts that a lot of people would not understand if they did not spend their household time around someone with a mental illness.

If there is one thing I learned from living with my sister, it is to be aware of others. I have learned the importance of understanding that just because someone does not act the way most do, it does not mean that they are crazy. Even though it is cliche to say “do not judge a book by its cover”, it is very true when it comes to mental illness. Until you have been around the person on a daily basis, you are not able to understand the emotional or physical struggles these people may go through. My relationship with my older sister definitely is not what most families have, but she has taught me so many things that most people won’t ever have the chance of learning, and I would not trade it for anything. 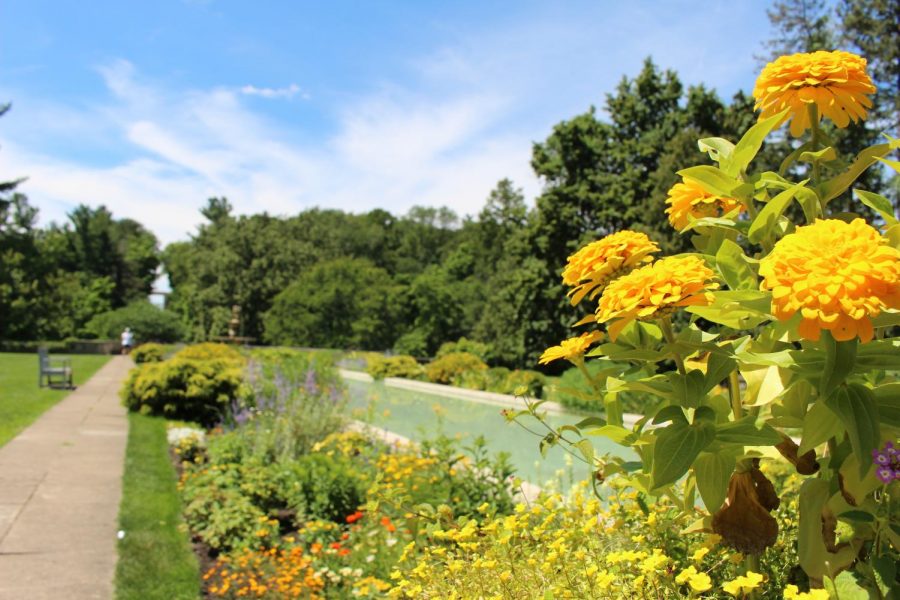 Gallery|9 Photos
Jamie Morgan
Going outside and exploring nature can be a nice escape from reality for teens who struggle with a mental illness. Not only does the fresh air help clear the mind, but there are many new wonders to explore that can keep one’s mind at bay.

Alternatives for helping to cope with mental illnesses

Even though there are many medications in the world, people react to different types of treatment differently. If one method does not work, there are several others to try. 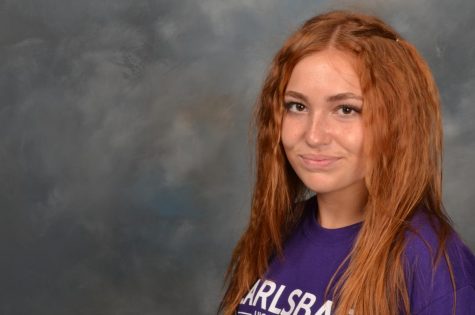 Rubie Riddle, staff photographer
Rubie is a sophomore at Carlsbad High school, and this is her first year in journalism. She loves to play volleyball and hang out with her friends. She enjoys traveling, art, and photography. 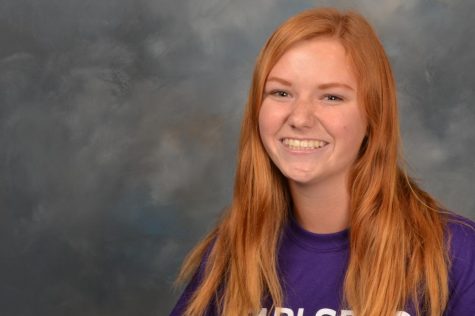 Alyssa Miller, Features Editor
Alyssa Miller is a third year journalism student and the features editor for Lancer Link. She enjoys writing and learning information about the school and is extremely excited to spend her last year at CHS on the journalism staff. 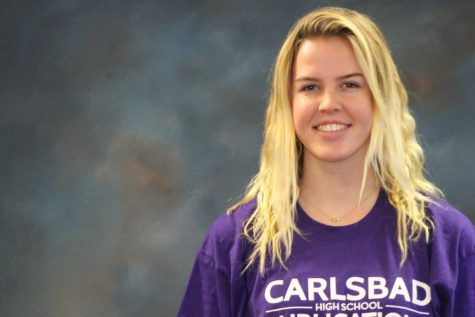