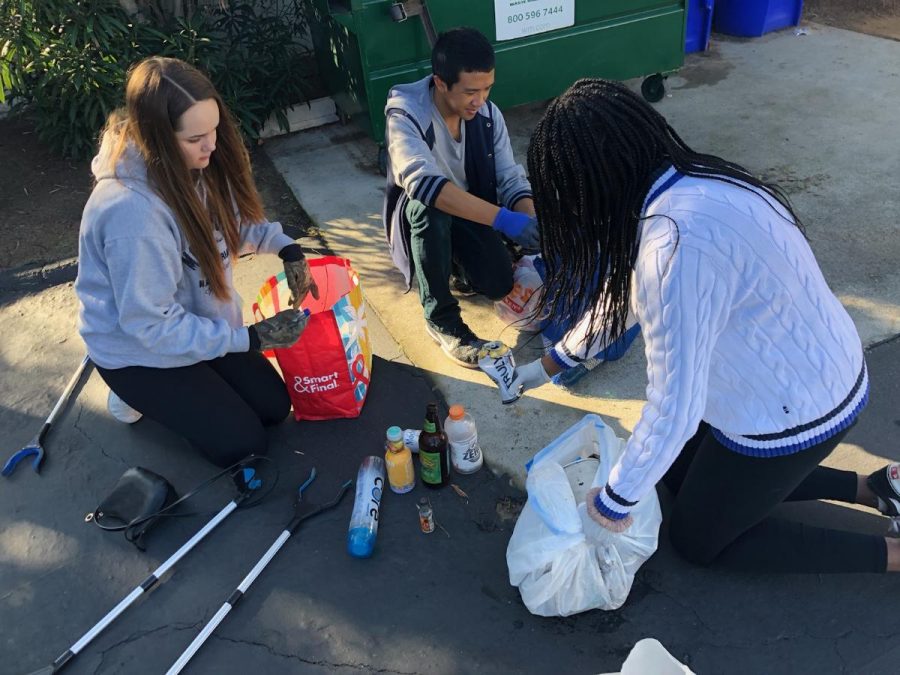 Lu and club members sort out recyclables from trash after spending an hour of cleaning litter around Carlsbad.

Junior Nathan Lu and the Carlsbad Clean-Up Crew pick up trash around Carlsbad.

Junior Nathan Lu created the Carlsbad Clean-Up Crew, an extramural club which combats littered waste scattered around the town. Through his efforts, Lu hopes to make a cleaner, sustainable environment for the people, wildlife and geological factors of Carlsbad.

“Seeing what’s going on in the world, I’ve gotten slowly more exposed to the impact of social media and what’s happening in Europe and all of the environmental crises such as Australia,” Lu said. “It inspired me to take my little steps in my community to do what I can do.”

Lu’s club holds community cleanings every Sunday from 8 to 9 a.m. along a predetermined route which covers the dirtiest parts of Carlsbad. After an hour of cleaning, Crew members sort out the recycling and trash to later dispose in their proper locations.

“Usually we hit the downtown area in the Village, but now we are getting requests from other people to go clean up in their area,” Lu said.

While Carlsbad, being a beach town, also faces environmental crises such as plastics feeding into the ocean, Lu feels that the city-side of Carlsbad deserves equal attention concerning littered waste.

“We tried doing a beach clean-up one time but it turns out there’s a lot of other people with the same idea,” Lu said. “So going in the cities and along the highways where you see a lot of trash, that’s left unnoticed. It’s an untapped market.”

Currently, Lu has hosted 21 weeks of clean-up sessions and has accumulated over 200 pounds of trash, which estimates to be about 10 pounds of trash per clean-up. While dealing with these trashy environments, however, it is important stay personally clean.

“We always make sure we stay sanitized,” Lu said. “Picking up trash can seem unappealing because it is such a dirty job, but if you take a reusable bag and make sure you have gloves, and shower and wash your hands after you’re done, it’s quite alright. I also have picker-uppers that I use.”

Lu’s organization has reaped success as his efforts soar to tackle displaced trash around Carlsbad. However, while being the creator of this club, Lu faces some mild challenges.

“Actually making my Google docs and making the event was the easy part, but I guess organizing it around the community and my outreach was a big hurdle,” Lu said. “I’m actually still working on my information gathering stage right now.”

Nevertheless, Lu’s commitment and ability to work with other members among the club helps him develop qualities to lead. Junior Kendal Furman, a club member, feels that Lu’s leadership is perfect for the job.

“Nathan is an amazing leader,” Furman said. “He’s always organized, always on time, always checking up on you and really, really supportive. He’s such a great person to work with.”

Furman, similar to Lu’s reason for creating the club, felt obligated to join Lu’s efforts after observing controversial events which are negatively impacting our global atmosphere.

Look in certain places because it is easy to be ignorant. But if you try a little in the right ways, then it makes all the difference.”

“Looking around at our political climate and all of the issues of climate change that’s been going on, I think that obviously at such a young age, I’m limited in my capabilities,” Furman said. “I’m not allowed to vote, I’m not allowed to do certain things, but what I can do is rally. I can find support and do the little things that make me feel like I’m contributing.”

The Carlsbad Clean-Up Crew, despite starting at 8 a.m., also serves as an outlet for students who are in need of community service hours. However, the benefits of this club go even beyond this specific perk.

“If you’re looking to do something like this, not only is it great for volunteer hours and great to give back to our community, but it’s such a great way to start the morning,” Furman said. “It does make you feel that you are actually contributing, and it kind of cleanses you, which is ironic.”

Lu hopes to inspire others who are interested in environmental clean-ups with his actions in Carlsbad. Efforts like these can help create a more eco-friendly and sustainable planet.

“Look in certain places because it is easy to be ignorant,” Lu said. “But if you try a little in the right ways, then it makes all the difference.” 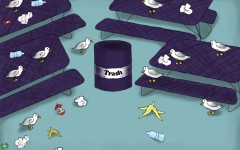 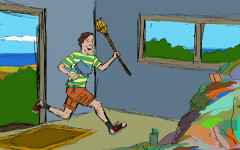 Sweep out any thoughts about spring cleaning 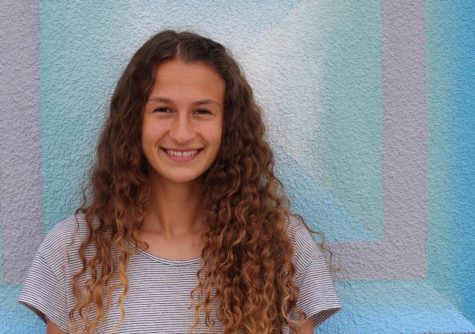 Gracie Huebner, Reporter
Gracie Huebner is a first year journalism student who is excited to be apart of the CHS publications staff. She enjoys spending time with her friends and family, playing soccer, and traveling.