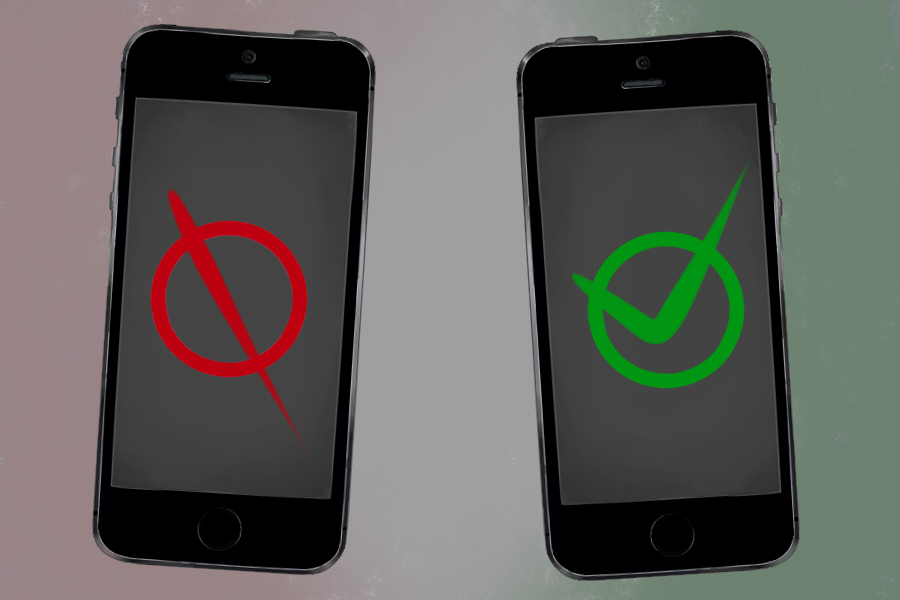 As times progress, technology affects everyone’s day to day life. While it is arguable whether that affect is negative or positive, there is no stopping the new developments that are to come.

PRO: How social media is affecting you

Everyday, teens spend close to nine hours indulging in the world of social outlets on their phones, tablets and computers. Teens are told that the time they use their devices to scroll through their social feeds is time wasted, but the many hours they spend using technology may prove to be beneficial.

Through social media, people of any age are able to stay up to date on almost anyone’s life, from their close friends to celebrities. More than half of teens say that social media has a positive effect on their relationships with friends. Not only can teens keep tabs on their friends by updating their phones, but they can also gain confidence by snapping a selfie, writing a caption and tapping post. In most cases, likes and comments on posts act as self-esteem boosters for teens.

Not only do teens benefit from the use of social media, but so do businesses. All types of platforms are used by major and minor companies for marketing. Instagram and Facebook allow users to make business pages that allow companies to promote their products and services to their target audience. Social media makes marketing easier and less expensive for companies.

Awareness about various issues can be spread through social media. For example, an Instagram page with the username “@timesupnow” was made recently, having the goal of spreading awareness about sexual harassment and abuse in the workplace. The account gained 115,000 followers within its first three days. Another movement that has been spread through social media is the “#metoo” campaign. The creator of the movement, Tarana Burke, started the movement by encouraging social media users to post using the hashtag “metoo” if they have been sexually assaulted. The hashtag started trending on various social media platforms, showing the amount of sexual abuse and harassment in our society today. People are able to educate themselves on important topics that are relevant to today’s society through the use of social media. There are many awareness accounts, across many platforms, that continue to gain followers. The people who follow these pages are able to learn and be updated about issues that are prevalent.

In today’s society, it is important to be up to date on what is going on around you, whether it be in your community, country, or in the world. Social networking sites spread news faster than any other media. By following reliable news outlets on social media applications, people are able to quickly learn the latest news, about anything from politics to pop culture, all in one place. People can choose to watch videos, view photos, or read about virtually any topic on networking apps such as Snapchat, Facebook, Twitter, Instagram, and YouTube.

In these many ways, social media is advantageous to teens, as well as businesses and anyone who wants to stay updated on what is going on in the world. From spreading information about important topics, to giving teens a boost in self-esteem, media has the ability to help people in many ways. To sum up, the many hours we, as a student society, spend on social media is not wasted time, but rather time used to educate ourselves on important and prevalent news.

About the Writer
Linnea Howard, staff writer
This is Linnea's first year on Lancer Link, but she has been interested in photography and writing for as long as she can remember. She went to Valley Middle School and was in the school's broadcasting program. She is currently taking Broadcast Journalism (CHSTV) along with Lancer Link. In her spare time Linnea enjoys going to concerts, listening to music, and hanging out with her friends.
Leave a Comment

CON : How Social Media is Affecting You

A multitude of the opinions about social media come from adults and doctors who have experienced and dug deeper into Instagram, Snapchat, or other means of connecting, but it is has become hard to grasp the idea of what people experience today through social media. Millions of articles, studies, and experiments have reached the world explaining the substandard reactions teens experience from dozens of different social media programs today.

Social media has become an outlet for free expression. With time, Instagram, Snapchat, Facebook and others have allowed for freedom within their users, which occasionally has led to thoughtless posting and commenting within users. Social media has created buzz within the community of parents and doctors who have looked into the actuality of media platforms. Studies and opinions have flooded the community explaining how substandard social media is, and yet the amount of users who obtain some form of social media has continued to grown substantially over the years.

“Three billion people, around 40% of the world’s population, use online social media – and we’re spending an average of two hours every day sharing, liking, tweeting and updating on these platforms, according to some reports. That breaks down to around half a million tweets and Snapchat photos shared every minute.” said BBC News

Social media has taken turns to help allow people to share stories and images with followers and friends and also gives opportunity to businesses through branding and sharing. However, an issue that continues to seize places in magazines, articles and on television are some of the harsher facts on how social media affects people negatively. Most teens spend one-third of the day on social platforms accumulating to 9 hours a day and as teens, that age grouping accumulates to 76 percent of American teens age 13-17 using social media. Links to cell phones and social media have brought about studies relating these two things to teen and young adult depression. Media companies have utilized the human brain’s natural reactions to help boost their individual platforms.

“…When people spend time away from their phones, their brain signals the adrenal gland to produce a burst of the hormone cortisol. Cortisol triggers a fight-or-flight response to danger, and while it may have made primitive man hyper aware of his surroundings for safety, today it compels us to check our phones,” said Anderson Cooper.

Heavy use of technology and smartphones creates an atmosphere that draws the brain in. Dopamine has been a culprit in activating the pleasure centers of brains when social media is in use. Software in smartphones creates an addiction when social media is being used. Dopamine seeks out things that make your brain happy. Social media triggers that when, for instance, the “buzz” or “ding” makes a sound on phones, sending the brain singles to check it. On Instagram, the “like” button creates this too. More “likes” make more dopamine, which makes the draw and desire to get more “likes” plusable and occasionally irresistible to some people.

“Dopamine causing you to experience pleasure, the latest research shows that dopamine causes seeking behavior. Dopamine causes you to want, desire, seek out, and search. It increases your general level of arousal and your goal-directed behavior.” Psychology Today

Lives are being taken at the expense of social media. Social media affects people especially youth in such a way that creates an environment that makes them feel terrible about themselves. People are free to post and comment whatever they want and while it may benefit some causes, it fails to do so in others. As social media continues to consume the minds of youth, the problem will continue to be there if there is no solution. 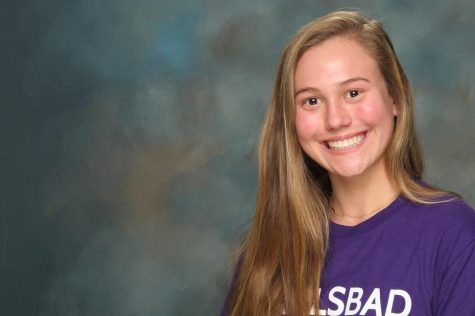 Skyla Nelson, staff writer
Skyla Nelson is a freshman and in her first year of journalism as a staff writer. In her free time, Skyla is apart of Carlsbad Dance Centre's  competition team and dances in the styles of jazz, tap, lyrical, contemporary, and ballet. When not dancing, Skyla likes to hang out with family and friends.
Leave a Comment