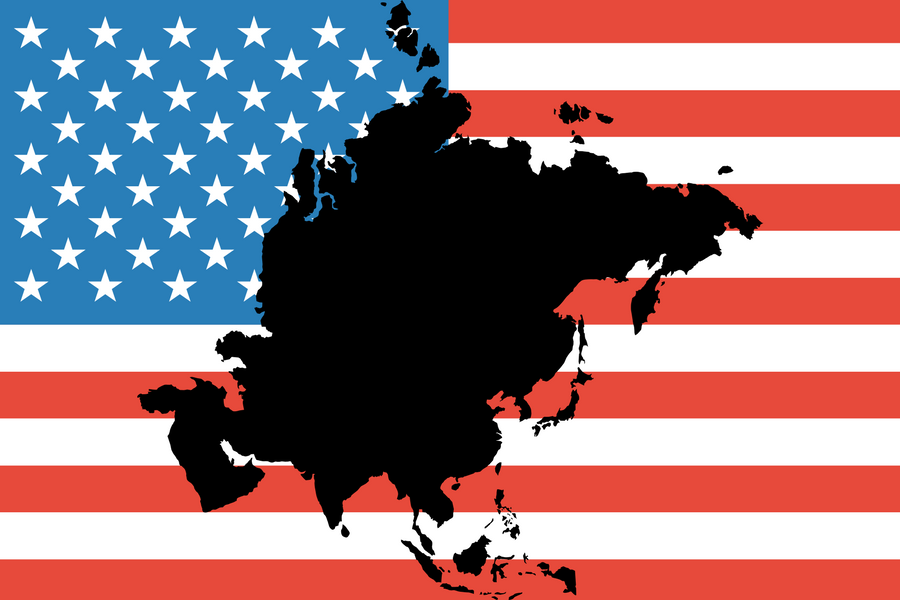 Asian-Americans are here to stay

The United States is an incredibly diverse country with a multitude of races and cultures, yet many populations within the country are often ignored when it comes to the fair and accurate portrayal. As Hollywood works to ensure movies and TV shows have more diverse casts and are politically correct in the way they approach race, Asian-Americans are still a group often disregarded. The amount of Asian stereotypes and the lack of Asian leads causes an insufficient amount of attention towards the population, contributing to a phenomenon known as Asian erasure.

As Asian culture, food and products become a larger part of United States’ society, the groups these items originated from are still subject to misportrayal. The most apparent form of Asian suppression is in the entertainment industry, where whitewashing is becoming a very prevalent issue. Recently, the movie Ghost in the Shell, based on the anime of the same name, was released with Scarlett Johansson playing the lead role of Major Motoko Kusanagi, whose name was changed to Major for the new live-action film. To further the presence of whitewashing, Paramount Pictures even admitted to testing out special effects to make a background character appear “more Asian”. The overlooking of an opportunity to cast an Asian actor in a lead role enforces the idea that the ethnic group is not fully valued in this country.

While unnerving, Ghost in the Shell is not an isolated incident. In 2012, Argo, which is based on a true story, replaced Cora Lijek, a Japanese-American female, with white actress Clea Duvall. Aloha cast Emma Stone to play Allison Ng, a Chinese-American, when Stone is not of any Asian descent. Cloud Atlas, released in 2012, had blatant whitewashing with the role of Hae-Joo Chang being given to white actor, Jim Sturgress. The movie even changed Sturgress’ face to make it appear that he was an Asian man instead of just casting an actual Asian man. Unnecessary castings of white actors in the roles of Asians perpetuates the false premise for what is expected of Asian culture.

There will never be as many Asian actors or actresses as Caucasian actors or actresses in the United States because they are a minority group. According to the United States Census Bureau, 5.7% of the United States population are full Asian meaning there are only a little over 17 million Asian-Americans within the United States– not including the ones of only partial descent. From a different standpoint, this could be seen as an explanation for why Asians are often not cast to play lead roles, when in reality, ceasing to utilize the current Asians in the entertainment industry further pushes stereotypes. By using white actors for Asian roles, the stereotype of Asians only holding positions in fields of mathematics and science versus areas of entertainment is immortalized.

Consequently, the usage of Asians as leads in TV shows or movies is not completely unheard of and can occur in popular content. Aziz Ansari is perhaps one of the best examples of this with his hit Netflix show, Master of None. Ansari’s show has won one Emmy and been nominated for six, showing that a TV show with a lead actor and writer of Asian descent can be critically acclaimed. Mindy Kaling’s The Mindy Project aired for a total of six seasons and Fresh off the Boat has become a popular ABC show with a full Asian cast including Constance Wu, Hudson Yang and Randall Park, proving that Asian leads do not turn off audience members to watching certain shows.

The sad truth of the matter is that Asian-American children growing up in the United States have no role models in television or film, which can enforce the harmful and stereotypical insults they hear as they are growing up. Unfair representation of these groups advocates for a society of misinformed and ignorant people. With the usage of Asian beauty and food products on the rise in this country, it seems fair that the people are valued just as much. Everyone in this country deserves to be valued equally to all other individuals, and one of the first steps to this goal is ensuring all ethnic groups are accounted for in the influential area of Hollywood.