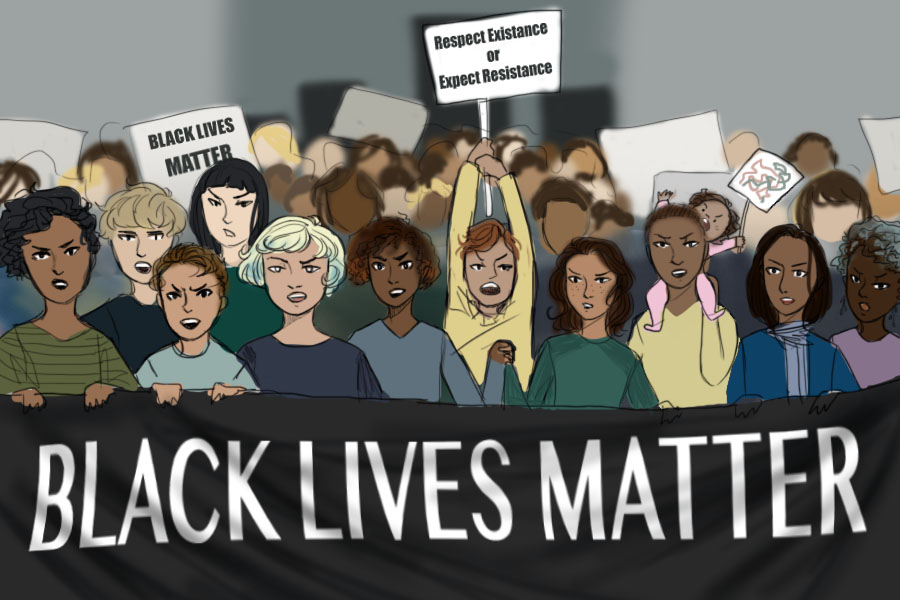 The world keeps spinning, yet for many, all feels still. With no true indication of progress, race relations in America are just starting to heat up. Leading the fight for actual equality, opposed to the current facade of equality we are currently being fooled by, is the activist group Black Lives Matter.

Formed after the acquittal of George Zimmerman for the murder of Trayvon Martin, BLM is “a call to action and a response to the virulent anti-Black racism that permeates our society.” While many civil rights groups exist through the country, BLM focuses on the rights of all black Americans, including women, queer people, trans people, and disabled people. Focused on socially and systematically liberating African Americans, BLM has helped pave a way to true equality in the United States.

Regardless of the strides made, many still view the movement as violent, pointless, dramatized, and even go as far as labeling it a terrorist organization. While it’s easy to believe the differing opinions are spread throughout America, the reality shows that “only 35 percent of whites have a favorable view of the movement, while 83 percent of blacks have a favorable view.”

This large discrepancy in numbers shows one important truth: The group most vocal against Black Lives Matter is the group most unaffected by the issues they’re protesting. Their blatant ignorance about the movement creates a rising anger towards white people, and rightfully so. After centuries of oppression and finally regaining a sense of outward racial pride, the black community took a blow when they were met with #AllLivesMatter. While there’s never been an argument regarding the credibility and worth of white lives, the black community is still involved in a seemingly never ending fight against the systematic and social hurdles set up to stop their growth and improvement. Black lives need to be taken as a priority, because the injustices acted against them are simply not as common among white lives. Everyday black people struggle to prove their lives matter, which is even harder when police are continuing to shoot innocent black people in communities across the country. While all lives do matter, everyone knows that, and the obvious statement completely disregards the message of the movement.

Hand in hand with the unnecessary overshadowing are the contradictions made by BLM opposition. The irony is not lost when we realize our country, which many value so highly, was built on the same revolutionary foundation as the BLM movement. Many speak of the violence that occasionally outbursts at rallies, yet fail to acknowledge the fact that there is no proof anywhere that anyone from BLM has promoted violence. Violence can easily break out at any sort of protest, seeing as most people there are filled with passion and anger, so to blame violence on BLM is unwarranted and misrepresentative of the organization.  The violence that has broken out on the side of BLM has been relatively minimal, especially when we take into account that history shows government’s tendency to ignore issues until violence occurs.