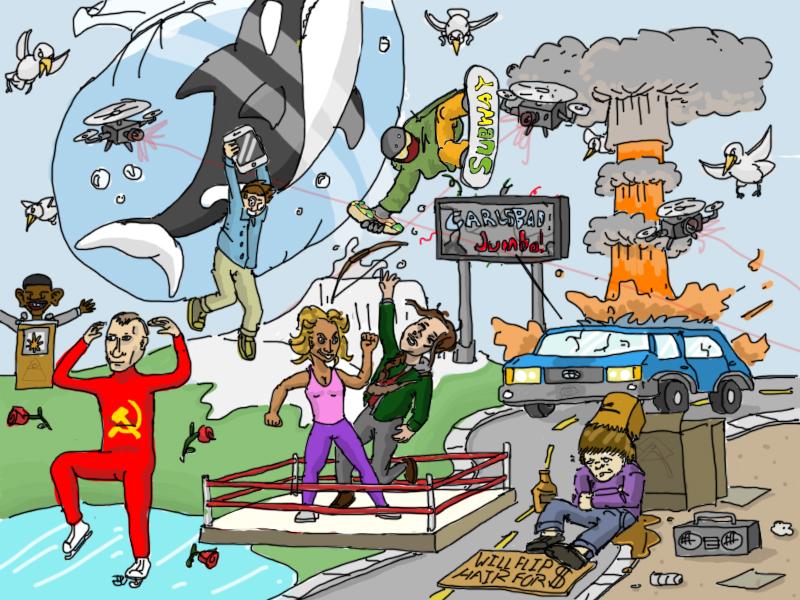 I guess the image can speak for itself. (Tyler White)

I guess the image can speak for itself.

2014: The Year of Outlandish Headlines

It was a year of glittering headlines in 2013, with some important ones (NSA Scandal), and some not (Skittles changing the green apple flavor to lime). With January already in the books, we’ve witnessed some splendid stories such as “Bridgegate,” Daft Punk taking over the Grammys and the very notable Bieber DUI. These are the breathtaking stories that should set the tone for the next 11 months. “The Year of the Outlandish Headline.”

First and foremost, if anything was concerning during 2013 in entertainment it was that Adele seemed to be MIA after ruling 2012 with her second album 21. After her disappearance in 2013 to do the little things like give birth and have vocal cord surgery, Adele is poised to have a huge comeback year. 2014 will feel like deja vu because once again everyone from your grandmother to your mailman will obsessed with the English songbird.

Also in music, the English rock band Arctic Monkeys have finally broken into the American mainstream after existing for over 10 years, but look to 2014 for lots more kids telling you how great the new “indie” band they discovered is along with wooing over how attractive frontman Alex Turner’s “fake-Elvis” look is.

Not to mention, protests over the treatment of whales will lead to a Finding Nemo-esque attempt to flush Shamu down the toilet in order to return him to the Pacific. It will work.

Texas A&M’s Johnny Manziel will be drafted as a top pick and will join Mark Sanchez, Vince Young and Tim Tebow in the recent quarterback NFL Hall of Shame. Our condolences to “Johnny Football,” the former Texas A&M quarterback.

In the world of the NBA, the Indiana Pacer’s will knock out the Miami Heat in the Eastern Conferences finals and go on to win it all over the Oklahoma City Thunder in a tightly contested series. The 2014 draft class will be outrageously talented and Jabari Parker will come out on top as the number one pick.

After a year filled with scandals, like the NSA leak by Edward Snowden, 2014 will become a year of recovery.  A year of cautious optimism to rebuild.

After a disappointingly low approval rating in the past year, Obama will try to amend some of his mistakes, including the rather poor outcome of Obamacare, he will propose a new policy for educational reform. Standardized tests across the nation will be revamped big time, in hopes of improving Global Educational rankings.

The  situation in Colorado over its recent legalization of recreational Marijuana use will continue to rise, as federal intervention is inevitable. Rally cries of stoners will be heard as they march to Washington in protest “Because like what the heck man? you can’t do this we have rights dude”. Will this really be the end of Marijuana’s time in the spotlight? No, more states will follow Colorado’s footsteps and the most likely candidate being Oregon, which allows for 24 oz usable as the possession limit. Yes some major wheels will be eventually turning in the political machine of the United States.

Gamers! Do not fret about this years huge build up of the recent console colossus taking the market. Each year rumors are spread of new technology, with the Release of the XBOX ONE and the PS4, ideas and concepts for new inventions and hardware are sky high.

The Consumer Electronics Show or CES left people hanging on the edge for more. Razor’s Project Christine had heads turning with a customize-able and stack-able PC like no other, however an undisclosed due date in 2014 leave doubts in both consumer’s minds and wallets.

Toyota was the big winner of the audience with its FCV concept Hydrogen fueled car. But the lack of market for this environmentally friendly car is due to the vice grip of the petroleum companies and how electric cars already wedged their foot into the tiny crack in between this closing door.

2014 will happen to be just like any other year. The first two months are almost over, the next eight months will come and go in a blur of mild weather, and the final two months wrap up a year full of headlines for the ages. 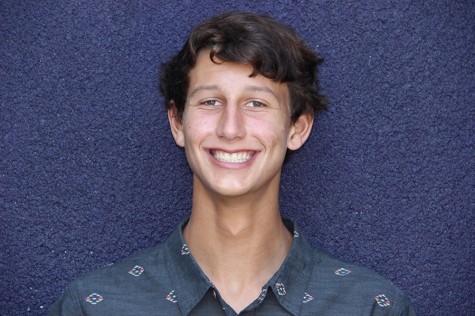 Max Chacon is the opinion editor of the Lancer Link. He enjoys iced tea and likes to free household animals. He loves scrapbooking and modeling turtlenecks... 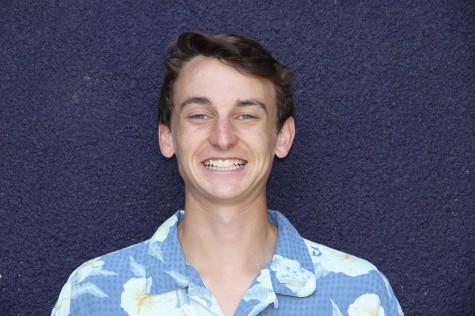 Griffin Nordin is second year member of the staff as well as the Social Media Editor. Griffin when not found punch dancing in the forest learns Krav Maga... 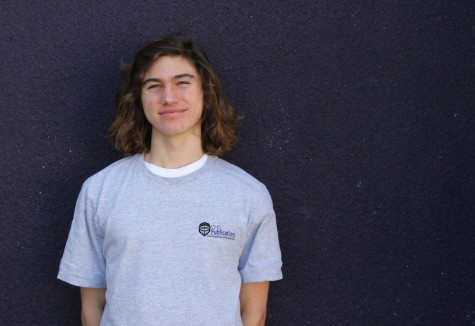