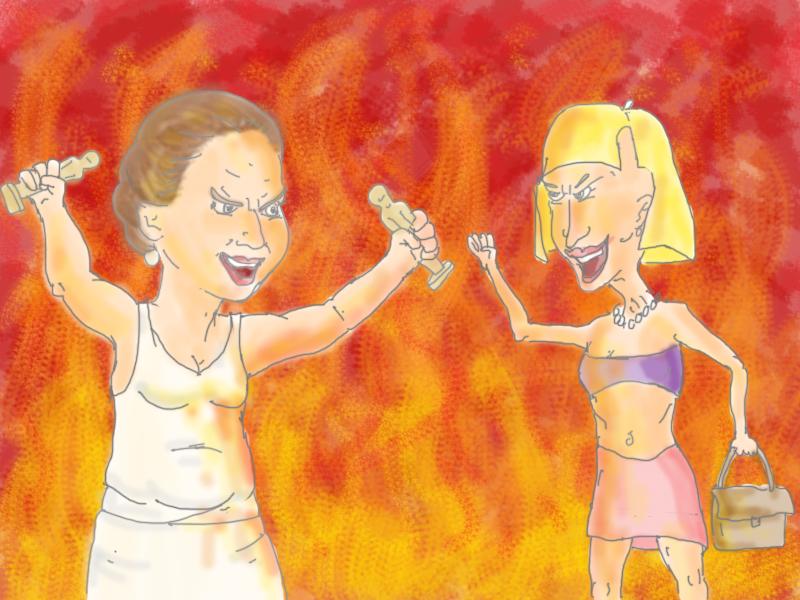 Across the country there is a fever running rampant on the teens of this generation. Tumblr accounts promote, tweeters praise and almost every forum for humor has experienced a wave or two (or 12) of obsessive postings, all devoted to admiring the tenacity, the vigorously blunt and wonderfully-relatable spirit of Jennifer Lawrence. She has been dubbed the “Chubby Girl Role Model.”

Jennifer Lawrence is a highly-acclaimed star of our age. Sure, since her start to fame on “The Bill Engvall Show” on TBS in 2006, she has been in 18 films. Among many, her most notable (Hollywood) success is her Academy Award for Best Actress in 2012 for her performance in “Silver Linings Playbook,” but this is second to her beautifully perfected form in the art of celebrity photo bombing and sassy quotes. The best way to sum her up in one sentence is that she has been the featured model for the cover of many fashion magazines and is the subject of some of the, if not THE, most popular gifs to be found on the interwebs. Beautiful and hilarious, all she needs is to stand for a reasonable cause and she would be the perfect girlfriend, err, I mean role model.

At Debate.com, a website established for voicing the opinions of the world, users voted the question of “Do we need better role models for our generation?” 89 percent said yes. Is Jennifer the savior for this generation, the pop culture angel that so many have been waiting for? Maybe, but not in her current form.

Since so many people are saying that she is the perfect role model, specifically for teenage and adolescent girls,  here are three quotes to judge her qualifications from after she was told that Hugh Jackman “leapt to his feet” to help her when she tripped at the 2012 Academy Awards :

“I didn’t know because I was so in my cloud of, like, ‘I want to die.’ I had no idea. That actually fixes the whole moment.” (to Entertainment Tonight)

“Anybody who makes fun of me [for falling], I’m just gonna go, ‘Yeah, and then I got touched by Hugh Jackman.” (to Extra)

Teenage forever. If she were a mom she’d have a daughter named Stacy. If she had a son, he would be Ryan Gosling. For now, her fans are her children. They look up to her. For some, she speaks to the desire for security and emotional stability, needs many teens lack. For others, she is proof that society’s promoted views of beauty are not set in stone.

It is no secret that Jennifer loves food. Her latest interview quote, the exclamation of “where’s the pizza!,” says enough. In an interview she said that in Hollywood, as an actress, she is considered obese. She then went on to say that she would never starve herself for a role because she did not want little girls to see that as beautiful and aspire to look like her character. That is heartwarming; it really is. She is a hero for not starving herself into a role because, and it can’t just be me who sees this, she is just so out of attractive bounds that she isn’t even in the game anymore, right? It must be just oh so detrimental to her career. Quality attitude of a good role model? On the contrary, I would argue it misses the mark a little.

“Role models” like Jennifer Lawrence are not actually positive role models because they only speak (in Jennifer’s case a bit aggressively) for people who look like them. While it’s nice people like her can make CERTAIN teenage girls feel good, it would be better that the security they exemplify wasn’t based on any down talk (direct or indirect) towards another “brand” of person. A true role model would promote positive body image for all people –skinny, fat, tall, short, blue, green– with being happy with who we are.

A good role model would ask the big question: “What even is normal?” They would declare from the roof tops: “There is no such thing!” Normal is what you think it is; it’s what you think should be. The term “societal norms” is misleading in that effect. Normal is a hypothesis, an individual’s notion. A celebrity who best fits this description is Ben Haggerty, better known as Macklemore. Comparably hilarious and eccentric (in his uniquely eccentric way) to Jennifer, he fills his music with the anthem of an atypical perspective of the world, one that preaches equal treatment, abandonment of materialism and “same love.” For the purposes of this article, I will not even attempt to delve into the mind and might of this hip-hop artist, but I do encourage all who may read this to pay attention to the lyrics of his music. (Specifically “Wings” and “Same Love”)

Teenage forever, but not in this age of views. Let us stop the miscommunication now. The way to feel better about yourself is not by thinking less of someone else. Skinny, chubby, fat, normal– these are all destructive labels. Try kind-hearted, amiable, witty and humorous instead. 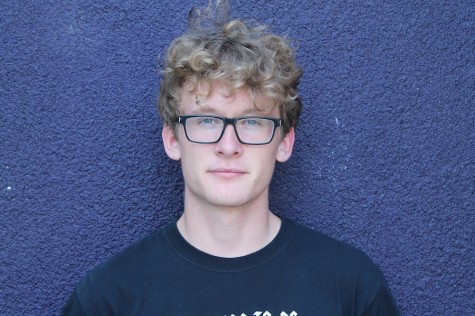 Bennett Lane, Writer
My name is Bennett. I do silly things. I'm a second year writer to the staff. I'm all about that bass.