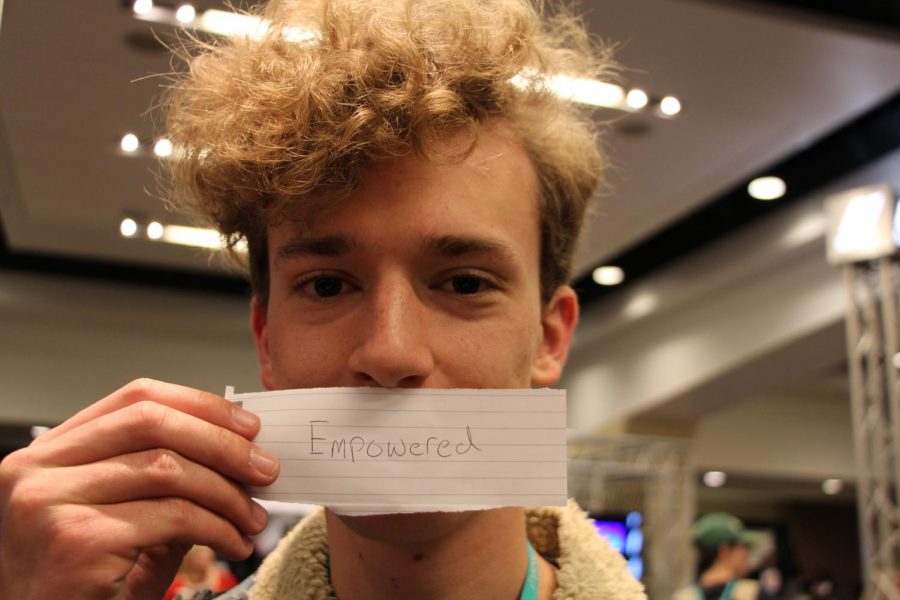 Gallery|7 Photos
Dulce Martinez
We asked students to pick one word that describes the way that the #NEVERAGAIN Movement has made them feel. These are their responses.

In this package, we covered the recent #NeverAgain movement, sparked by the horrific shooting at Marjory Stoneman Douglas High School. After a gunman armed with an AR-15 killed 17 at the school, students united to demand change and gun control. To see more about gun control, click here.

Beyond Carlsbad: High schools across the nation take part in the #NeverAgain movement

17 lost lives. 2,972 students. Somewhere between 1,380,666 to 2,181,886 people at 763 March for Our Lives locations. A nation full of people supporting victims and demanding change. On February 14, 2018, a gunman armed with an AR-15 entered Marjory Stoneman Douglas High School (MSD) in Parkland, Florida, shooting and killing 17 victims. A small Florida city turned national news, the residents and story of Parkland has evoked change, not only in their own town, but in a nationwide sense. States including California, Kansas and Wisconsin have joined Parkland to take a seemingly hopeless atrocity and turn it into a national call for action.

“Before that, we were just Parkland, Florida. People would ask, ‘Where’s Parkland?’ and it’s like ‘Oh, Fort Lauderdale, Miami,” MSD junior Lilah Skinner said. “But now everyone knows where Parkland is. It’s just weird seeing it everywhere, like on Twitter and Google. We can’t even search up our school’s website without the shooting popping up.”

Amongst the grieving and mass attention the Parkland students had to deal with, they decided to turn their emotions into actions and start the #NeverAgain movement, which calls for gun control through sources such as Twitter, marches held throughout the country and nationwide protests. The call to action taken by MSD students spread quickly to communities and high schools nationwide in a way unseen before.

“I think a lot of the reason the Parkland students were different from other shootings is that they were actually educated and of an age where they could actually speak out,” San Francisco’s Lull High School junior Olivia Moss said. “Whereas in the Sandy Hook shooting, they were small children and so they couldn’t really do anything about it.” 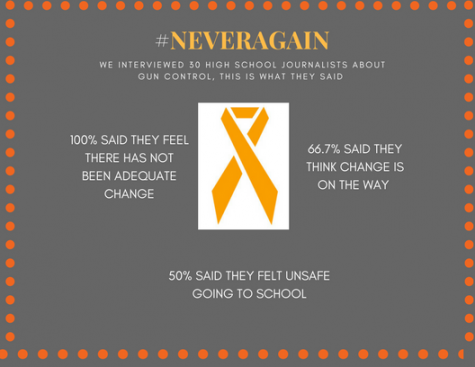 All across the United States, more high schoolers have decided to get involved with the movement, organizing marches and protests in their communities. Many of these students credit their recent activism to the of the survivors in Parkland.

“The Parkland kids? They’re not gonna stop and they’re never gonna stop until they can finally say that they have helped something that affected them so greatly,” Wisconsin’s Stoughton High School senior Natalie Zientek said. “Every time, our congress people say ‘It’s not the time to talk about it. Let people grieve.’ But the kids themselves are like ‘I don’t want to grieve. I want to make change.’ And that’s how we’re gonna make change.”

Thus far, the changes made have been through the school system, not through policy change. Students at MSD are now required to wear clear, see through backpacks and there have been talks at Stoughton High School of banning backpacks all together. People quickly reacted to the clear backpacks at MSD with accusations of creating an allusion of safety instead of actually fixing the problem.

“I think they’re trying to implement systems at school with metal detectors, but anyone could walk into school with a gun in their backpack,” Kansas’ Shawnee Mission East High School junior Meredith Norden said. “You can’t rely on that, so I think you need to stop the problem at the root which is people who are buying guns and people who are developing guns that are intended for mass homicide.”

The students of Parkland have created a new sort of revolution and have no plans to stop pushing forward. Young people all over the country are joining with them to stand in solidarity, demanding a change. While being active in the movement may seem daunting, MSD junior Morgan Williams had a message for anyone who wants to help:

“I’ve gotten DMs from people saying they’re not doing enough, but doing stuff at your school or tweeting or retweeting or just anything goes such a long way and it’s really important.”

Video: Our teens are the voice of today

In the midst of political tension, there is a new voice emerging: the voice of teenagers. Filmed at the JEA/NSPA Spring 2018 conference in San Francisco, this video captures the essence and drive behind the teens taking action.

Why “clear backpacks” aren’t the answer

A demand for change. A demand for action. A demand for policy. The result? Clear backpacks. The demands of the survivors of the Marjory Stoneman Douglas High School (MSD) shooting have been heard and supported across the country, yet our schools and policy makers think that ideas like metal detectors, arming teachers, and, most recently enacted at MSD, clear backpacks are what’s going to be effective. There are many words to describe this “change,” but the one most fitting is ‘insulting.’

The students at MSD sat through something that doesn’t even make it on to people’s worst fears list because of how horrifying it really is. They lost their friends and they lost their innocence. The minute Nikolas Cruz walked into that school with an AR-15, their lives and the country changed forever. And you know what? A clear backpack wouldn’t have changed a thing. To answer the cries for policy change with something as trivial as see through backpacks is incomprehensible. The voices of Emma Gonzalez, David Hoggs, Cameron Kasky and Jaclyn Corin are being erased. They’re being forced to settle. But they’re mad. They’re not standing for it. And I love it.

Scrolling through Twitter, seeing image after image of students putting signs in their backpacks to protest the new requirement, I was happy that they could take a light hearted approach to it, but outraged that they would even need to. The students have proved themselves as leaders and change makers who are able to discuss the issue of gun control, yet the school still seems them as incompetent. The administration at MSD and the United States government needs to listen to the voices of not only their own students, but the voices of people all over the country who are telling them that what we need is real, change. We need to ban assault rifles. We need universal background checks. What we don’t need is clear backpacks.

The entire logic itself is faulty. If a person is willing to bring a gun into school with the intent of harming others, a clear backpack isn’t going to stop them. Aside from the fact that most assault rifles aren’t able to fit in a backpack anyways, if someone really wanted to bring in a small enough gun, but didn’t want it to be seen, it’s an easy task to hide it among the other contents of the bag. Every single aspect of this idea is illogical and, quite frankly, ridiculous.

Alex Brown is a senior, and is very excited to spend her second year on The Lancer Link staff as editor in chief. She enjoys hanging out with her dog,... 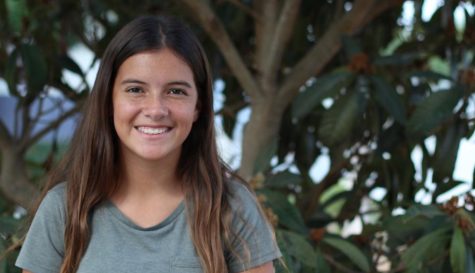 Maddie Smith is a junior at Carlsbad High School who loves animals and creating videos. She is a part of the cross country team and is in the broadcasting...