Mr. Weksler: the man who made it rain 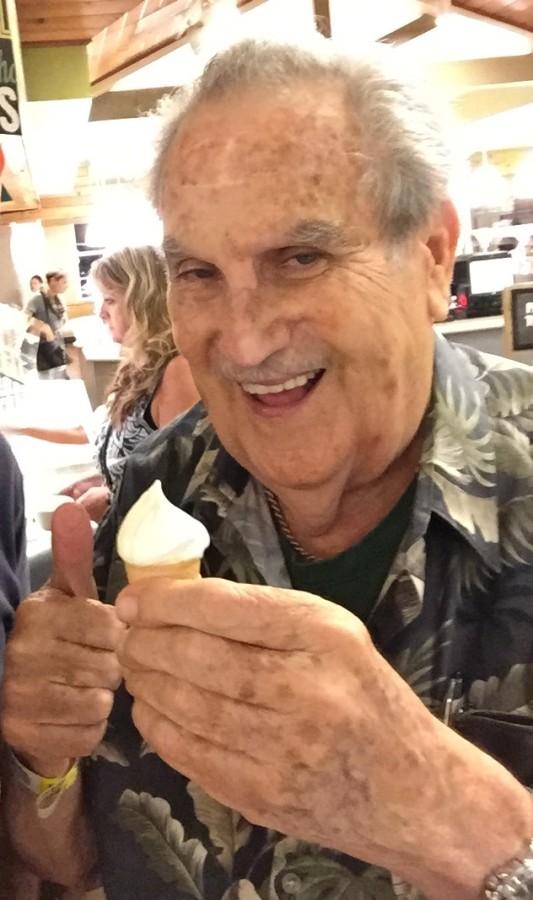 Mr. Weksler. Many students in the Carlsbad district know this man as the “Candy Man,” and experienced his joyful nature whenever he came to substitute teach in their class. Due to complications in surgery, Mr. Weksler passed away on Sept. 7. The news affected family, co-workers and students.

“I think my dad was a genuinely good soul and cared about the people with whom he was surrounded,” Mr. Weksler’s son, Mike Weksler, said. “I was always impressed at how he could talk to almost anyone and crack a joke and put them at ease.”

When students found out that Mr. Weksler was their substitute teacher, their days were made. A familiar face around campus, many students had the opportunity to have Mr. Weksler as a substitute from middle school to high school.

“Mr. Weksler was always just so full of life whenever you saw him,” junior Quintin Johnston said. “If you saw him walk through the door, whether you had a good teacher or not, the class was always excited to have him as a sub.”

A popular routine that made him stand out as a favorite was “making it rain” Hershey’s chocolate kisses. He handed out Hershey’s kisses to all the students in class.

“He came up with this idea several years ago to do something fun for the students he taught,” Mike Weksler said. “It ended up becoming his trademark. Every time we’d go out to a restaurant or a store, someone, somewhere would come up to us say ‘Hey Mr. W, are you gonna make it rain?’”

The idea of giving out Hershey chocolate kisses came from his youthful nature.

“My dad loved grocery shopping,” Mike Weksler said. “I think it’s because his dad was a grocer and he grew up in that environment. He also liked his desserts. We’d go to the Souplantation where we’d have these healthy dinners. Then Dad would go hit the dessert table like a happy 5-year-old. He loved football, horse racing and dogs. Ironically for someone living near the ocean, my dad did not like boats. I learned that this was from his military experiences.”

Education was a big part of his life, which led him to appreciate the art of teaching.

“My dad graduated Fairfax High School in Los Angeles where he lettered in debate,” Mike Weksler said. “He went on to earn both bachelor’s and master’s degrees in English at Cal State Los Angeles. He always stressed the importance of higher education and if there is anything the students can take away from knowing my dad—it’s to stay in school and do your best.”

Mr. Weksler became a CHS legend and participated in the lives of students through activities he enjoyed, including the debate team and theater.

“Overall I think he was just a really big supporter of everything on campus, especially the speech and debate team,” Johnston said. “We are all just really sad he is gone, but we will always hold the thoughts and memories of him.”

Before Mr. Weksler became a substitute teacher, he had many other occupations. These include working in frozen foods, as a rancher, a general contractor, a real estate broker and a soldier in the U.S. Army.

“My dad led a multi-faceted life,” Mike Weksler said. “But by far, the most interesting thing about my dad was that he spent several years as a very talented stage actor in college and in summer stock theater in New Mexico.”

His life spanned through many historical events, from WWII to the introduction of modern technology.

“He told me that he was 12 years old and playing football outside his house when the news about the Pearl Harbor attack was broadcast on the radio,” Mike Weksler said. “A few years later, he loved the time he was elected president of his high school class. And another memorable moment was the advent of color television in the early 1960s. It really was an extraordinary thing for anyone to see for the first time.”

“I have never met anyone so sharp at his age,” Palmer said. “He was sharper than a tack and would never miss a beat. I appreciated having him work for our schools because he could handle anything.”

Mr. Weksler had certain characteristics that made him the special man he was.

“Described in one word, he was funny,” Mike Weksler said. “My dad would always be the one in a group of people to look for the moments of levity. He was also dependable and extremely detail oriented. If we were going to take a trip, dad would plan out every day in exacting detail. I loved to tease him with the reminder that the plan was the first casualty of battle.”

Practicing his Jewish beliefs was an important aspect of his life and he influenced many people in his religious community.

“My dad had an extraordinary faith in his religion that only deepened as he grew older,” Mike Weksler said. “He was very active with his temple and the welfare of others.”

Even outside of the classroom, Mr. Weksler kept the students in his thoughts.

“My dad goes to temple with him, and Mr.Weksler would say ‘I am so excited for the school year to start,’ and my dad would say ‘Why would you be excited for that?’ and he would answer ‘I just can’t wait to see kids and their smiling faces,’” senior Jacob Rozansky said.

Mr. Weksler was requested by both staff and students because of his hard-working and inspiring personality.

“He was an amazing, supportive and intelligent individual who had a ton of life lessons,” Palmer said. “I appreciated his humor and how positive he was. I would see him every morning and he would say to me ‘Okay Gayle, what do you got for me today?’ and he was always our go-to-guy. I think he will be someone who will be missed dearly and I am just so sad still.”

The lessons taught by Mr. Weksler continue to influence the students of Carlsbad High School, who reciprocated his kindness when he needed it most.

“I want you all to know that my dad was so deeply touched by the outpouring of affection and well wishes he received after his hip surgery last winter,” Mike Weksler said. “He was fortunate enough to know this and it made all the difference in his life. Think about it—my dad was almost 86 years old, lived on his own, drove his own car, and worked at a job he loved.”

Any who would like to donate money for an engraved memorial plaque in the Chabad at La Costa in Len Weksler’s honor, can visit this link.

View Comments (2)
About the Contributors 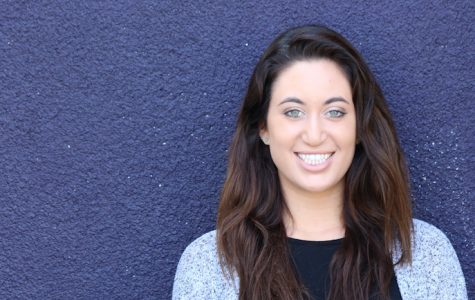 Alyssa Slattery, news editor
Alyssa Slattery is a third year member and the News Editor of The Lancer Link. She takes honors and AP classes and is a competitive dancer at Evoke Dance Movement. She enjoys going to the beach and hopes to pursue English and dance in college. 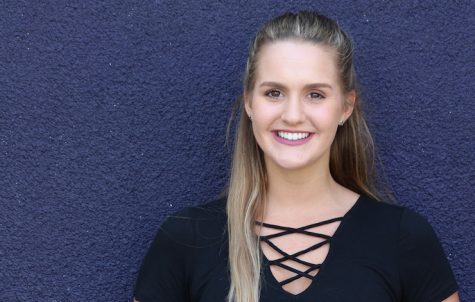 Brooke Wasson, features editor
Brooke Wasson is a senior and this is her third year as a member of The Lancer Link. This year she is excited to be the editor of the Features section, as well as a writer for the online newspaper. Wasson currently takes all honors/AP classes. In addition to journalism, she is apart of this years ASB class and is a Lancer Leader. Outside of school, Wasson is a competitive dancer at Evoke Dance Movement.  A typical morning includes enjoying a cup of coffee with her cat. In her free time, which is limited, she enjoys cooking, baking, and going to the beach. 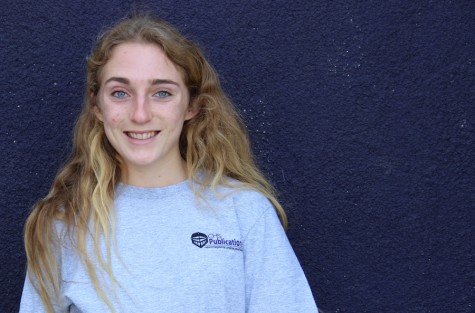 Kiley McCarthy, Staff Writer
Kiley McCarthy is a junior and this is her first year on the staff. She enjoys writing, taking photos and creating videos. Kiley loves to run and is passionate about track and field. She cannot wait to learn more about journalism and is exited for the upcoming projects and challenges! 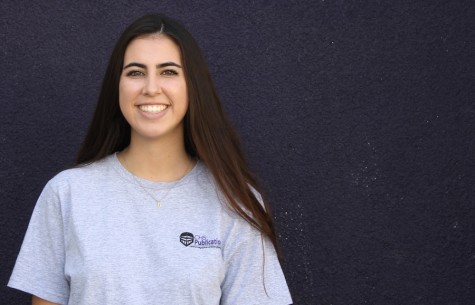 Kallan Arkeder, Multimedia Editor
Kallan Arkeder is reporting for Lancer Link as a Multimedia Editor, staff writer, and "honorary" photographer. She is the Executive Producer of CHSTV and Vice President of Speech and Debate. She occasionally takes her pet chinchillas to school, and in her spare time plays piano for her music aficionado fat cat, Silver. She looks forward to making some rad senior memories with all of her friends before graduating from Carlsbad High in the spring of 2016.