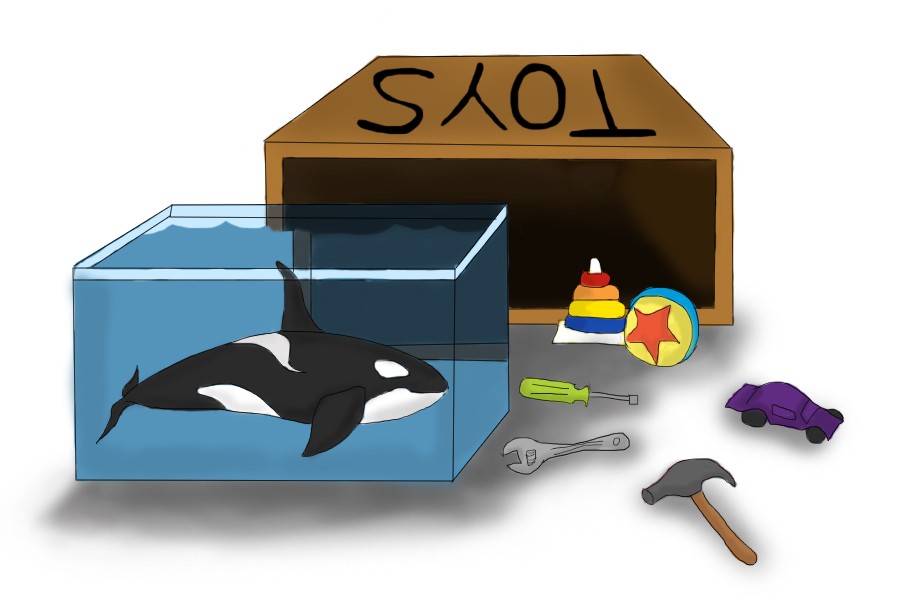 Shamu splashes in a bigger tank

On Jan. 9, SeaWorld launched the Blue World Project, the fourth expansion of the orca tanks since 1970. SeaWorld will double the current size of the tanks in San Diego, San Antonio and Orlando. Measuring 1.5 acres, 50 feet deep and 350 feet long, the new tanks will hold 10 million gallons of water to better accommodate the whales in captivity. The project expects to be finished in 2018 and attract an array of new visitors.

“Although we made the public announcement of Blue World only last August, the expansion of our killer whale environment has been planned for several years,” SeaWorld’s communication director David Koontz said. “The design phase not only includes the pool itself, but also the educational programs that will be part of Blue World.”

Featured elements include a faster water current, viewing galleries up to four stories high and more. SeaWorld is spending 10 million dollars on the new tanks as well as on improved research projects.

“We are reinventing the educational experience – developing a new method of teaching guests and students about killer whales,” Koontz said. “As you’ll see in the press release, we have established a scientific advisory panel that will not only provide input on the pool’s design, but also provide input on how Blue World can enhance future research opportunities with our killer whales.  Actual physical construction will potentially begin at the end of 2015 and no later than early 2016.”

The Blue World Project prioritizes the safety of its animals and trainers and since SeaWorlds’ previous tanks have been proficient, the new tanks will have the same safety and operating system of the previous tanks.

“In my opinion, I think SeaWorld is just going out on a limb to try to raise its attractions because its ticket sales — and therefore stock value — have been dropping significantly in the past years,” CHS alumni Sophie Blake said. “Even though SeaWorld says it doesn’t have anything to do with all the negative attention that it has been getting, I think the fact that SeaWorld is just releasing [the project] and promoting it now is just SeaWorld trying to come back after being seen treating its animals poorly.”

Just after SeaWorld released its project to the public, representatives from People for the Ethical Treatment of Animals and animal rights activists protested with posters. Although some people believe the Blue World Project is an improvement, there are others who believe the project is for profit.

“Considering that orcas swim up to 100 miles a day in the open ocean, I don’t think it really matters if SeaWorld has a few more gallons here and there, so I don’t see it really as an improvement,” Blake said.

Like any other animal, an orca’s health declines when kept in captivity. Such negative health impacts include a shorter life span, impoverished health due to social stress and mutations such as curved dorsal fins and broken teeth due to odd mating pairing that lack ancestral, cultural or communication correlation.

“I don’t believe that marine mammals, especially whales, should be kept in captivity,” CP marine and AP environmental science teacher Mr. Muilenburg said. “I just don’t think it’s ethically right. I think SeaWorld does the best it can, but unfortunately, it is a profit-driven business. Its business isn’t really to take care of its animals, so I think SeaWorld could do a lot better. I think that the project is an improvement, but the tanks are still a prison; you can give a prisoner a bigger cell, but it’s still a prison.”

Despite SeaWorld’s animal treatment controversy, it still is a world-wide leader in animal welfare with the goal to preserve killer whales. According to the Blue World Project website, the new environment will support the whales’ broad range of behaviors and challenge the whales both physically and mentally.

“More than 50 years ago, SeaWorld San Diego was founded on the principles of education, entertainment, research and conservation,” Koontz said. “Those principles are as important today as they were in 1964. All of us at SeaWorld feel very strongly that displaying marine mammals and animals, big and small, in a park like ours is extremely important.  It is and has always been our philosophy that firsthand experience with animals is the finest way possible to create a lasting appreciation and respect.”

The last time SeaWorld collected a killer whale from the wild was more than 35 years ago.  SeaWorld practices active killer whale breeding at all three parks. Amaya, the newest killer whale, was born in early December 2014.

“I don’t go to Sea World because I don’t want to give them my money,” Muilenburg said. “But, I do understand, on one hand, the argument for seeing animals in captivity is that people will go learn about them, see how beautiful they are and then, want to protect them. I am hoping that as humans we are more evolved and more advanced that we can appreciate them without having to see them in captivity and just appreciate them in the wild.” 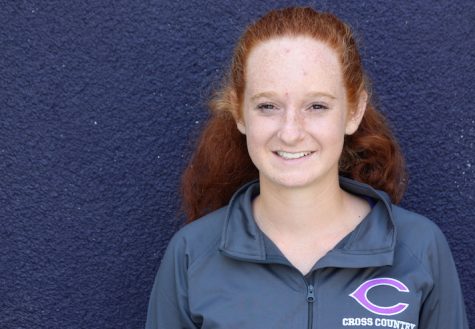 Whitney Drucker, A&E Editor
Whitney Drucker is a senior and editor for a&e in the Lancer Link. In her free time she likes to run cross-country, go horseback riding, and plays piano. She plans on attending college in California or Arizona and wants to pursue the medical field. 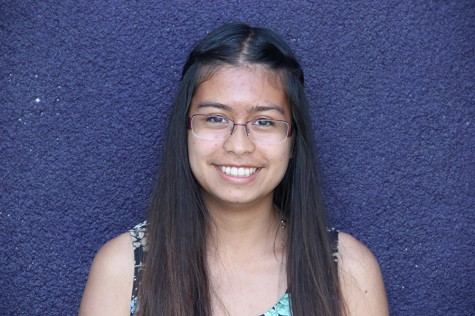 Kayra Carrillo, Artist
This is Kayra's second year in Journalism. She loves to draw and bake in her free time. She also enjoys reading books such as Game of Thrones and anything interesting. Kayra looks forward to drawing for the website this year and making new friends.