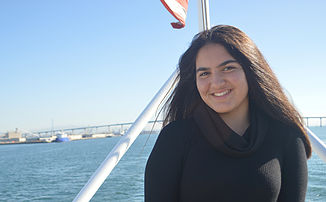 Astronomy has sparked an interest in sophomore Shayda Moezzi as she explores the growing discoveries of outer space. With her increasing passion for the stars above, Moezzi has formed the astronomical club  to give those with the same interests an opportunity to openly discuss current findings in our solar system.

Moezzi took interest in astronomy a few years back when she watched a video of an astronomer. The astronomer’s words sparked an interest in Moezzi’s mind and soon enough, she was gathering more information on the topic.

A couple years ago, I came across a video by Neil deGrasse Tyson, and he was in an interview. He was asked what the most astonishing fact was and his response to that question was astonishing. Every time I listen to it, which is more than 100 times, it is so empowering because it has to do with us and our place in the universe. It is so amazing to think about.”

As Moezzi replayed Tyson’s video, each time she began to think of the many unknown occurrences that the world has yet to discover. The thought of having a universe so mysterious and so unfamiliar gave Moezzi a reason to pursue her future plans in astronomy.

Moezzi made the astronomy club so that others have the opportunity to learn about and gain a love for astronomy. The first meeting is on Feb. 27 in room 2007, where Moezzi plans on discussing the past, present and future of the astronomical community.

“I plan on talking about the groundbreaking discoveries that are currently going on in astronomy and current news and celestial events coming up,” Moezzi said.

With her growing passion for astronomy, Moezzi’s next goal is to inspire those at school to look up at the stars and imagine the endless discoveries and unknown territory that yet to be explored.

“Shayda has the driving force behind her, leading to her what she truly believes in,” sophomore Catyre Ede said. “She is so committed in pursuing her dreams.”

Moezzi continues her plans on making an impact in the students and furthering her commitment in astronomy, as she looks for the stardust in our universe.

“I feel like, in the world today, we are bombarded by the world of politics,” Moezzi said. “People have forgotten to look up at the stars in the universe because there is a lot going on up there.” 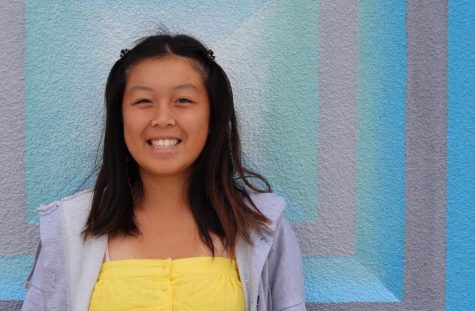 Chloe Tran, Opinion Editor
Chloe Tran is currently a senior at Carlsbad High School and is this year's opinion editor for the Lancer Link. She is passionate about writing issues concerning mental health, fitness, and asian representation in schools. Out of class, she is the captain for the Girl's Varsity Tennis team and an avid book reader. She enjoys traveling to Asia during the summer and listening to music in her free time.