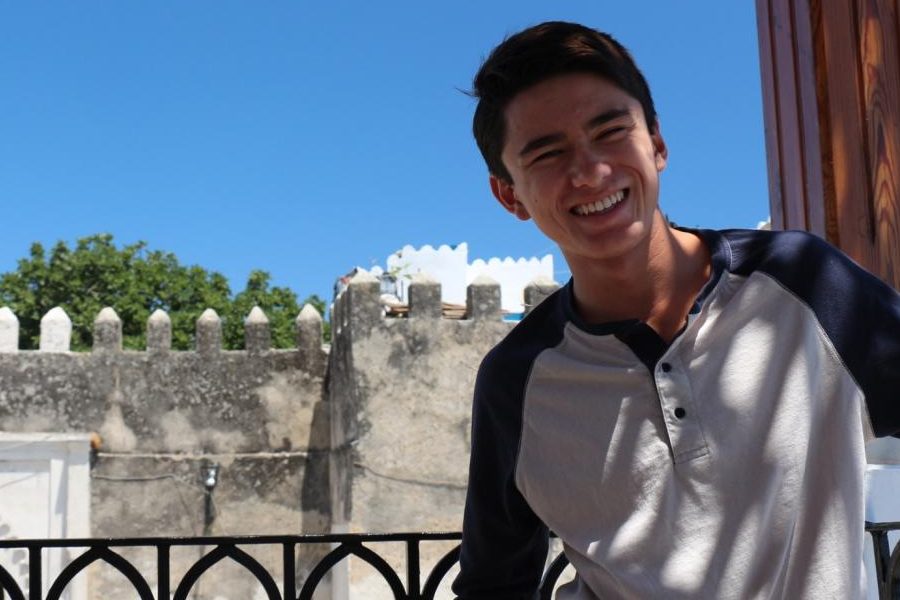 Senior Max Ward serves as the student representative on the school board and a member of the SSAC. Ward works to brings ideas and thoughts of the students to the other board members and district officials.

The Superintendent Student Advisory Council (SSAC) consists of many members who were chosen to represent the student voice. Each member has many different ideas that they wish to bring up into the open, but it was decided that Max Ward was most capable of communicating everyone’s thoughts.

Being chosen to represent the students’ voice in these meetings meant that Ward needed to take the time to prepare and lay out his ideas for each meeting. He would take extra time to talk to officials at the schools and practice what he would talk about in each meeting.

“Before every meeting, I get in contact with students and the principals at Sage, Carlsbad, Seaside, and CVA,” Ward said. “I write a monthly report based on what they tell me. I then practice reciting this report usually while putting on my suit for the school board meetings.”

Since Ward is the representative, he is required to go to every official meeting each month. He retrieves some of the information he brings from the SSAC, which is also another meeting he goes to once a month.

“The meetings are once every month. Since I am the school board representative, I am also on the superintendent student advisory council,” Ward said. “With that, I have an additional meeting every month and some other stuff on the side.”

Ward is able to take away new information from each of the meetings. Being in an official meeting meant that he would learn how each meeting was run and what each official member contributed in the meetings.

“I think one of my biggest takeaways from being the school board representative is how to talk to people and interact on a business level,” Ward said. “I also think that I have learned a lot about how our school district is actually run.”

Sophomore Rachel Kramer is also a member of the SSAC. Kramer is a second year member and says that Ward takes the ideas and thoughts brought up in the SSAC meetings with the superintendent to the official council meetings each month.

“He is the voice of the students for the district because we do not necessarily get to go talk to all the officials,” Kramer said. “He gets to help bring his opinion and the students’ opinion to the district and also change things that the district might not think is a problem, but the students do.”

With this opportunity, Ward makes sure that all ideas or thoughts are put out into the open for the officials to hear. He wants to introduce new ideas that the district may not know the students are concerned about or are interested in.