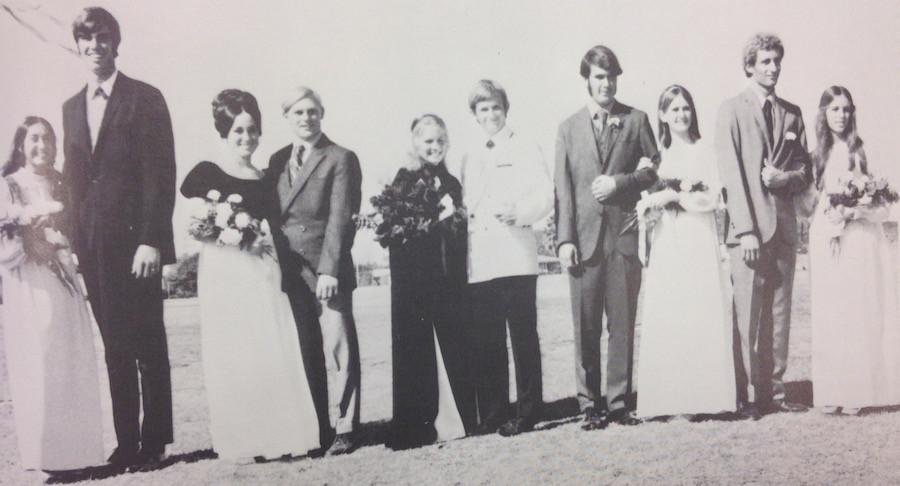 The evolution of homecoming

Teacher alumni share their recollections of homecoming at Carlsbad High

Homecoming, a timeless event that evokes school spirit and enthusiasm from every student, unites the past, present and future. Though timeless, it evolves to fit the constantly changing styles of each new generation. Fortunately, teacher alumni have shared their recollections of their best years at Carlsbad High, filling in the gaps of homecoming’s past.

CHS English teacher Jeff Spanier, Class of 1986, recalls homecoming season as one swarming with spirit and anticipation. The abundance of  spirit CHS had to offer played a substantial role in his high school experience, and that spirit goes beyond simple school pride.

He spoke about the high involvement, with most of the school participating in float building, game attendance, pep rallies, the Lancer Day Parade and of course, the dance. Homecoming week at Carlsbad High was almost as important to students as a significant holiday, rather than a basic school event. Participation was shown by most, no matter what form, whether it be attaching flower appliques to floats, behind the scenes set-up, contending in class competitions or rooting for the school at pep rallies.

“The whole school, or at least most of it, somehow was involved in what was going on during homecoming week, because the teachers marched the classes to the pep rallies,” Spanier said.

There were no questions of whether or not people attended pep rallies, because it was customary that everyone go. Teachers also took time out for class competitions. Classes competed in various pre-homecoming festivities, preparing them for the big weekend.

“We had a lot of class competitions and pep rallies, all the different classes competed against each other and that was fun,” Spanier said. “We basically had a week long of olympics between classes with obstacle courses, or relays or water balloon tosses.”

Competitions allowed for classes to unite with spirit, bringing the school together as one during homecoming week. The olympic style competitions were not the only form of competition between students though, classes also contended in building floats.

“The biggest difference in the parade was that we had enormous floats,” Spanier said. “We spent around a month building them and teachers stopped giving homework so the kids could build the floats.”

The building of the floats was a large social effort, and there weren’t many who decided not to partake. Participation was a must, in contrast to today, where some choose to opt out of face paint and parades. Yet, as our school has progressed through the years, we have learned to balance one another instead of sacrificing one or the other completely.

“I think we’re coming back in a circle,” Spanier said. “I feel pretty good about where we’re at. I think we’ll find a nice balance–that we can have fun, have school spirit, do goofy things and still be serious. What’s there to look forward to if you don’t have balance?”

Another CHS alum and current ASB director and Spanish teacher, Sr. Riccitelli, also shared his recollections of homecoming in the 80’s.

“The biggest change that I can see between the two [homecomings] is that float building was a much bigger deal back then,” Riccitelli said. “You’d start weeks in advance and build at people’s homes.”

He too recalls how float building used to be a school-wide affair, consuming the lives of many Lancers for up to a month before the festivities. A major factor of float building lied in the competition. Float committees constructed them at a chosen location. Then, when decoration was completed, the floats were transported to “secret sites” where they could not be found by opposing teams. If their locations were discovered, the floats could be sabotaged. Despite the competition, the process of building the floats was a great means of socializing and meeting new people at school.

Homecoming week continues to connect school spirit with the community.

“There’s something really cool about being a Lancer,” Spanier said. 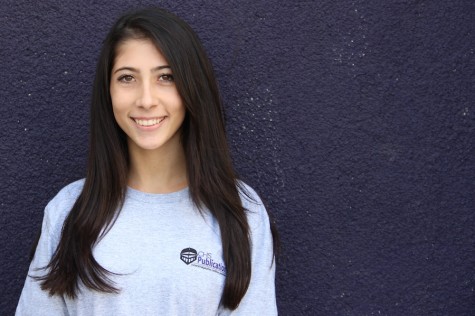 Angie Perry, Staff Writer
Angie Perry, a high school senior, is often busy from schoolwork, clubs, volunteering and work. An avid writer, she participates in AP English, Advanced Journalism and works as a marketing journalist for her company. When she isn't busy, she feels out of place. However, when she does receive a rare glimpse of free time, she enjoys life on the sand and in the sun, drinking black coffee and maintaining an active lifestyle. 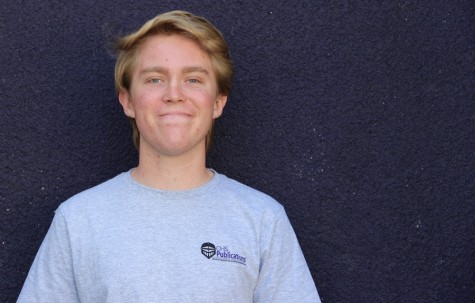 Nicolas Dautremont, Staff Writer
Nicolas Dautremont is a 16-year-old junior at Carlsbad High School. He's starting his first year as a staff writer on The Lancer Link ready to write exciting new stories for the Carlsbad community. He enjoys computer games, satirical comedy and productive arguments, the first and only club he has joined is GSA (gender sexuality alliance) supporting the civil rights of his fellow students. Being an identical twin he knows what the meaning of competition is and won't give up on his dreams--like his dream of being involved in the complex career of medicine. As a person he knows when to take things seriously, and when to let loose and have fun especially with his fellow classmates.