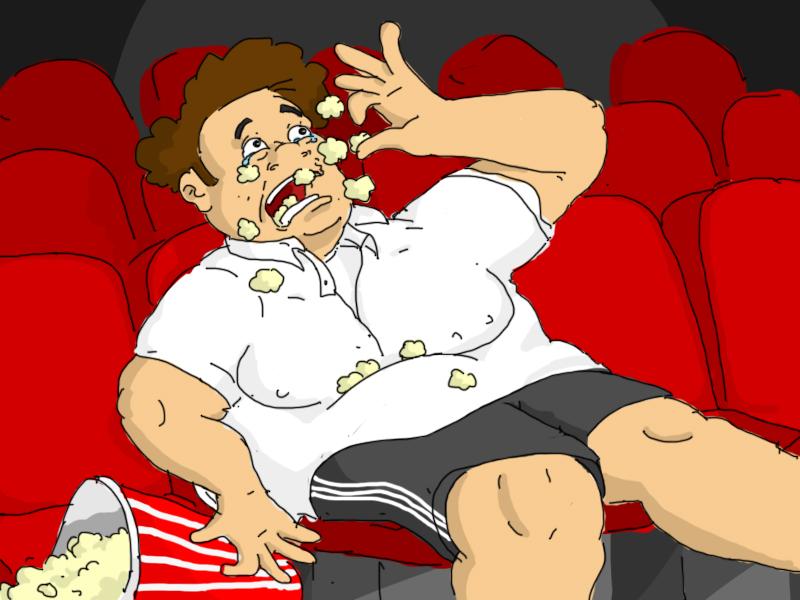 Tears and popcorn, the only true way to spend a Saturday night.

Why you should go to the movies

With the ability to stream movies on Netflix, Redbox and Hulu at the tip of your fingers, it’s really easy to skip going to the theater and not have to wait five to six months for it to hit DVD, Blu-Ray and streaming platforms. Why wait that time when you could go to the movies? The average American sees four to five movies per year and that number should be way higher.

Film, while first and foremost a business, is also an art. From the invention of film, motion pictures were made to tell stories.

“We as a species have been storytellers, whether it’s drawing paintings on a cave wall or telling our family stories around a campfire,” Senior-Editor of AMC Movie News, John Campea said. “Storytelling, in it’s ultimate form, the magic of movies; we talk about the things we want to be, fears, aspirations, our goals, dreams, hopes and everything in between.

You can talk about movies to anyone in the world.”

“The idea of storytelling or movies transcends nationality, gender, economic status, sexual orientation and everything, and so few precious things in human existence that can do that… movies matter.”

It’s an escape from our reality to wonderful alien worlds, a world with superheroes, or just a grounded drama between a struggling character’s rise to excellence. We are able to feel the emotion of these people, and experience these stories that are otherwise impossible to experience. We can go for two to three hours and just have a great time. Going to the movies is like riding a roller coaster, you go on to feel the twists and turns, the exhilaration and excitement, the fear and happiness and if a movie can successfully hit these notes, it’s the ultimate feeling. Films can hit every emotional level, and that’s the entire point of entertainment; there’s nothing like watching a movie in the theater.

“Going to the movies is a whole different experience than from watching a movie at home. There’s just something exciting about going to a theater,” senior Ethan Beretz said. “Especially if you’re camping out for a midnight premiere, it really is a whole difference experience.”

Yes of course you can watch a movie on Netflix on your phone, computer or TV, but being able to feel the seat shaking from the speakers and just being immersed into the world that you’re watching is second to nothing else. The experience as a whole is nothing short of an emotional odyssey.

Now, some people will argue that ticket prices are “too expensive,” but according to boxofficemojo.com, the average movie ticket cost was $8.17 in 2014. Obviously based on where you live or if you go to luxury theaters, prices may range from $8-$20. Now that’s not as absurd as the amount you spend on Starbucks every week, so spending maybe on average $10 on a movie isn’t that bad.

“Ticket prices are a little high, especially now with all the luxury theaters now popping up around here, thats why I loved [recently closed] MovieMax,” Beretz said. “While [tickets] are fairly expensive, you do pay for the ultimate movie watching experience.”

Less than 20% of the ticket price goes to the theater, so with a $10 ticket, $2 or less will go to the theater, the other 80% goes to the studio. With making that little from tickets, theaters must make that up by having high(er) prices on food and drinks. If you don’t want to have fresh popcorn or get some candy, eat before! Go get some dinner with your date or your friends. Problem solved.

With the negative perception of the movies being so expensive, Hollywood has taken a huge hit over the last few years. From 2013 to 2014, the total domestic revenue finished with a drop of 5%, the largest year-to-year drop in nine years, and with the $10.36 billion for the entire 2014 year, it’s the lowest in nearly 20 years (accounting for inflation). Hollywood is suffering from the lack of movie-goers, and while that $10 billion doesn’t seem like they are hurting so much, smaller more independent movies are the ones suffering indirectly.

“I think people are starting to believe that movies aren’t being as creative and then don’t want to waste their money going to the theater,” junior Cole Sabala said. “The movies with the most exposure tend to be established franchises or adaptations, both of which people could see as not creative because it’s not ‘original.’”

Supporting larger blockbusters like ‘Avengers,’ ‘Hunger Games,’ and other big budget films, while based on other material, helps studios make money to help the smaller filmmakers make their dream projects like ‘Whiplash.’ Go to the big movies (the good ones of course, not any Michael Bay garbage), so you can go see the small ones!

So on a quiet Friday night where there is nothing to do and you are looking for some thrills and passion, romance or fashion; nothing is better than some of that old time silver screen attraction. 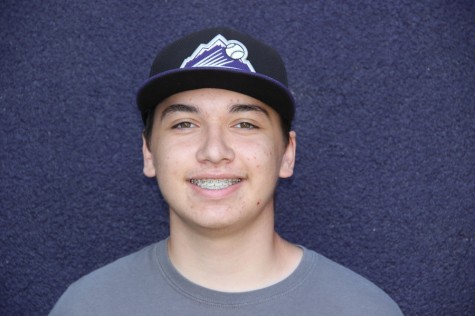 Tristan Baez, Writer
Tristan Baez is a senior at Carlsbad High School entering his second year on the Lancer Link Staff. He enjoys writing, watching movies, sleeping and eating good food. Tristan looks to have a career in the film industry, both as a critic and a filmmaker.