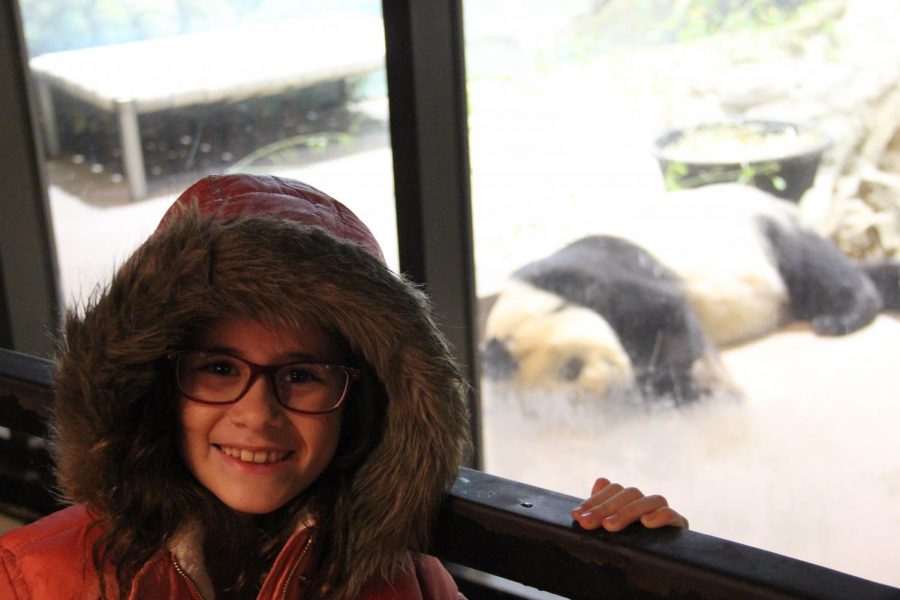 Californian Lily Ryan visits the National Zoological Park. As a panda fan, Ryan was saddened that both the Smithsonian and San Diego (the largest zoo in California) zoos had lost pandas.

The recent departure of the Smithsonian National Zoo’s baby giant panda, Bei Bei to its origin country of China has left both Washington D.C. natives and visitors alike dispirited. Although there are panda bears still remaining at the zoo, Bei Bei’s absence has impacted animal lovers across the nation.

Eight year old zoo-goer, Lily Ryan expresses her love for pandas and the flair they add to the zoo. Saying #ByeByeBeiBei was hard on the younger animal loving population.

“I’m sad about the pandas,” Ryan said. “They are really funny and soft.”

Although Bei Bei is no longer a resident of D.C., he is still alive and well. As a Californian and panda enthusiast, Ryan hopes to see some of these furry friends in the San Diego Zoo sometime again in the near future.

“I think they are having fun (in China),” Ryan said. “If there is another baby panda, it should go to the San Diego Zoo.”