Freshman shares her experience at her first nationals 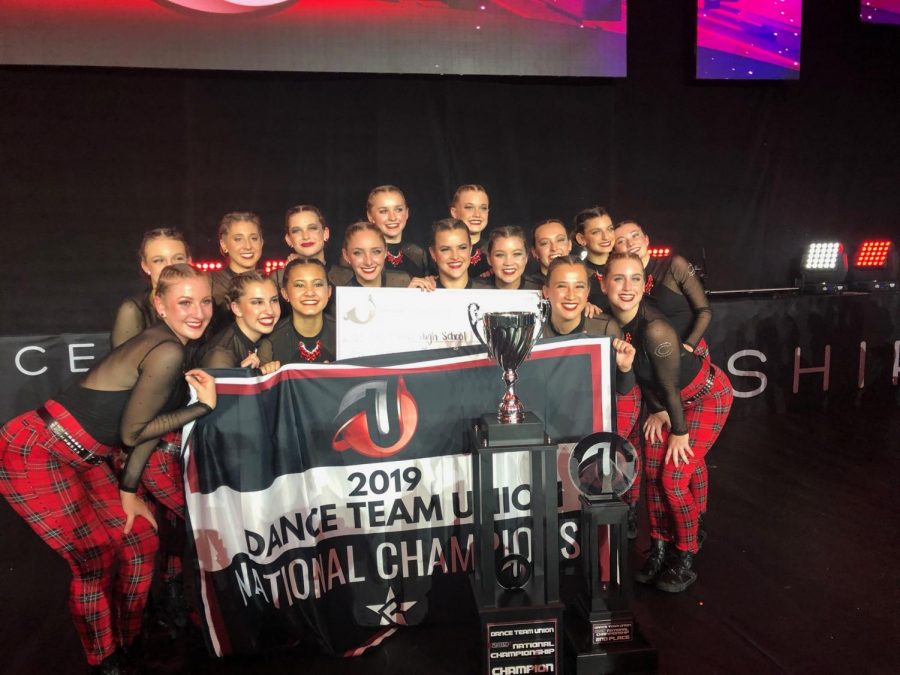 On Jan. 29, the Carlsbad Varsity Dance Team traveled to Florida to compete in a national competition. On Feb. 5, the team came back to Carlsbad with a national championship title, thanks to the team’s hard work and dedication. Freshman Maison Hollander, on the Lancer Dancer team, shares her experience.

“It was really good, everyone there was super nice, the facility, other teams,” Hollander said. “It was just a really good and supportive competition.”

Being that the competition was very inclusive, it helped the team feel more welcomed in a new state. Also, since it was Hollander’s first year on the dance team, she did not know what to expect going into such a big competition.

“Being my first year on the team I don’t know what they usually do,”  Hollander said.“I know we have a different coach than last year so things were different than they usually were, but we ended up winning so I think that what we did do this year shows that it worked.”

With a new coach, the transition can be tough at first, but with teamwork and perseverance the team pulled out a win. Although it may have been challenging at first, the girls were there for each other, which was evident in their dances.

“I think our teamwork and our ability to connect as a team and work together and just knowing that we are always there for each other helped us get to where we are,” Hollander said.

Since the team is very close, they work together well and it is seen in their performances. At the competition, the team brought two numbers, where every team member was included.

“It was really good, we all came off after competing our hip-hop [being] super excited,” Hollander said.

After having performed  at nationals, the team had become very attached. The overall mood for the dancers was very emotional.

“We all came off after competing our hip-hop [and] were all super excited,” Hollander said. “Then after jazz, we were all crying because we had all felt it on stage. It was just one of those moments where you just felt each other’s energy while dancing and you could feed off of each other’s energy. Going off stage [we] had this feeling of ‘wow we did it, it doesn’t even matter if we win this is what we worked for.”’