For decades teens have abused illegal substances and the adults in their lives have tried to stop them. These efforts have taken many forms and are usually characterized by harsh punishments and information campaigns centered around fear. While still taking a zero tolerance approach, the school administration prefers a different method: building relationships and engaging with students.

Education is a large aspect of the fight against illegal substances on campus. Administrators aim to prevent students from consuming drugs, alcohol or nicotine through informing and engaging with them.

“We want to educate students about the risks that are involved,” Principal Brian Brockett, PhD, said. “Drug use is not so much a school issue as it is a community and societal issue. So we’re kind of a microcosm of what happens in the wider community. We want to educate kids and help them understand what the risks are and certainly encourage students to stay away from drugs and drug use. That covers both illegal drugs as well as the abuse of prescription medications.”

Education is a very effective tool, according to Brockett, but it does not always work. When a student is caught in possesion or under the influence of an illegal substance, an investigation is held and the student is suspended. The process does not end with punishment, however. The administrators engage with the student and their family and aid them in seeking the help they need.

“We try to engage the students in resources and interventions,” Assistant Principal Julie Redfield said. “We talk to kids all the time about preventative measures. So even if the kids have a first time offense we will call them in periodically to say, ‘Hey, how’s it going? Have you been involved in your counseling?’ We try to get them the help they need so we don’t have a second offense.”

I think that we have a phenomenal student body here of really great young people who have good plans ahead of them, who are really working hard to make things happen. I think that where we as adults are present in students’ lives and out and about on campus is building those relationships up. I think that’s a buffer in a lot of ways for students being susceptible to making bad decisions.”

According to Redfield, these follow-ups are important in helping the students make healthier decisions and prevent future infractions.

“It’s pretty effective,” Redfield said. “We don’t have many second-timers. The more we can engage with the kids and build that relationship with the students and telling them, ‘We all make mistakes but we have to learn from those mistakes when we make them’ and try to really stay focused on what their goal is in life and what direction they want to go in because if they continue their behaviors that direction is going to be obscured and they will go down a path they probably didn’t expect.”

Redfield also thinks that as an administrator, being visible on campus is an important part of fighting this issue. Being engaged and active in students lives is a vital role in her and her colleague’s jobs.

“Being visible and talking to kids on a daily basis is I think very important,” Redfield said. “Us being out and about and seeing what kids are doing and just having conversations about ‘how was your weekend?’ you know, ‘what did you do?’. Really engaging with the kids and encouraging them to get involved in school, extracurricular activities, go to football games, just stay active.”

Brockett believes in the necessity of visibility as well.

“I’m a big believer in the value and power of relationships,” Brockett said. “I think that we have a phenomenal student body here of really great young people who have good plans ahead of them, who are really working hard to make things happen. I think that where we as adults are present in students’ lives and out and about on campus is building those relationships up. I think that’s a buffer in a lot of ways for students being susceptible to making bad decisions.”

Through building relationships and engaging with students, the administration aims to prevent and effectively handle the problem of illegal substances on campus. While it is nearly impossible to eliminate this problem entirely, Brockett is hopeful for the future.

“We continue forward and we try different things and we continue to see a lot of the same issues and that’s tough, that can be frustrating,” Brockett said. “I always take the long view, though. I think the more we continue to do those kinds of things, like building relationships and positive environments, I’m hopeful that we get to a point where at least we’re minimizing the problem if not eliminating it all together.” 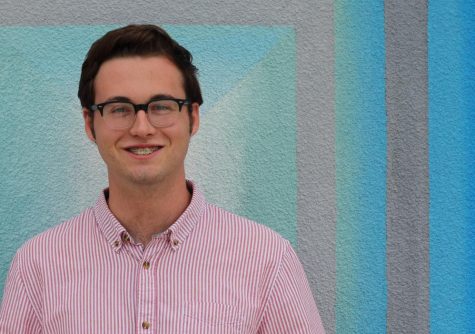 Finn Corrigan, Editor-in-Chief
Finn Corrigan is a senior who has written for the Lancer Link for three years now. He is currently serving as Managing Editor/Editor-in-Chief. He hopes to study international relations with a focus on economics at a university next year. He enjoys traveling, eating, and hanging out with friends in his free time.