Gun control: a call to action

Guns and gun control have been at the forefront of headlines since the Stoneman Douglas High School shooting on Feb. 14, raising controversy over laws across the nation.

The process of getting guns has posed questions of not only the nation’s safety, but also its liability for the 17 students that were killed. Because gun laws are regulated by the states themselves, the laws have been upheld as constitutional thus far, but this has not stopped the public from speaking out about them.

“I think you should not be allowed to buy firearms until you are at least 21-years-old, and I also don’t think you should buy automatic or semi-automatic assault weapons,” sophomore Tanya Edquist said. “I think there is no purpose for a kid or anyone under the age of two needing to have a gun or being able to have one.”

On Mar. 14, one month following the Stoneman Douglas High School shooting, schools across the nation held a 17 minute walkout to stand against gun laws and give a memorial for those who passed in the event. Edquist and sophomore Edward Burns were two among many at Carlsbad who walked out in opposition to the nation’s current gun laws.

In the process of buying a gun, if the customer is not convicted of a felon or is not a fugitive from justice, the ability to obtain a gun is highly feasible. The longest that the screening process takes across the board is three days. Following three days, the seller can lawfully sell the gun to the buyer, regardless of the screening process not having been completed yet. This step has spurred outbursts of public opinion.

The time allotted for screening processes and background checks has been questioned widely by the public, and specifically by the FBI, posing recommendations to prolong the screening period. Regardless of the outrage caused by current laws, Congress has yet to make any federal changes that would change gun laws across the nation.

“Obviously most people don’t even need a gun,” Burns said. “I don’t understand why people need even semi-automatic guns or even pistols. If you look at Europe, that has a much lower crime rate, [and] never has school shootings, the one variable that makes them distinct from the United States is that their citizens do not have the right to have the right to a gun.”

Examples of regions with gun laws that were changed after shootings are the UK, Japan, Australia and Germany. These four regions currently have gun control, and Japan specifically has sets of strict regulations before it is possible for citizens to obtain guns. Japanese citizens must attend full fledged, day long class, receive 95 percent accuracy on a shooting-range test, pass a written test, pass a mental-health evaluation and a background check done by the government before anyone can have a gun. In the U.S., the bypassing of the screening-process is possible with the possession of a permit, and the focal point of denying guns is through the screening process itself. Permits are attainable through online, self-applied background checks, that do not require in-depth screening. Among several states it is a requirement that the buyer go through the screening process, but less than 20 states make it absolutely mandatory.

“I’m walking out to fix gun laws,” freshman Rylee Wilson said. “I was in a school shooting, the Kelly one. I was in elementary school, so I feel very strongly for this. I wish that we could completely not have [guns], but that seems almost impossible. I really hope that there’s more control, so that these shootings aren’t as easy. It’s unbearable and it’s insane. Honestly, if they’re going to keep guns, there should at least be a background check, but a very vigorous one. It’s too easy.” 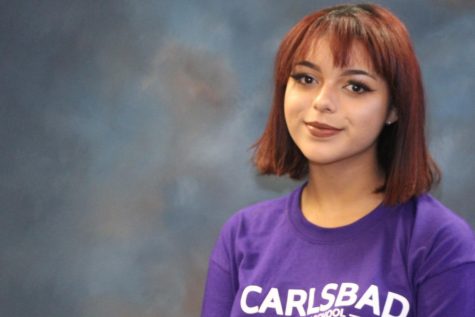 Alexandra Ayala, news editor
Alexandra goes by Al, just because it's easier to say. She is the news editor for Lancerlink and this is her first year in Lancerlink. Last year, she was a writer for Lancer Express, so this is her second year on staff. Al, is a vegan and her favorite activity is poetry. She is currently the Spoken Word Poetry club co-president and she is a Speech and Debate captain. Her favorite color is emerald green, despite her never wearing the color. Al likes Bolshevik Russia as a meme, and she wants to major in communications when she goes to college. She want to live in Washington, and she really likes Walla Walla university.