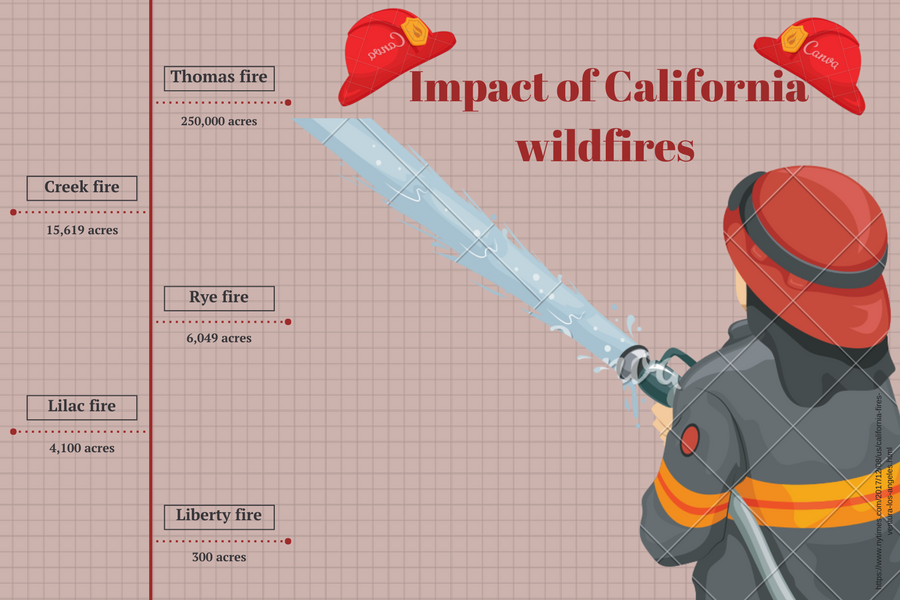 On Dec. 7, at 5:37 p.m., the City of Oceanside released its first of many consecutive evacuation maps due to the Lilac fire. It wasn’t until four posts later, that I realized my area along College Boulevard was under mandatory evacuation. Earlier that evening, I had seen a post on snapchat of someone hoping that our speech and debate Winter Classic tournament would not be cancelled or else they’d, “kill themselves.” This brought to my attention how insensitive and unworried many were, simply because the fire hadn’t impacted them yet. I have seen multiple complaints of not wanting to share homes with families who had to evacuate, which had seemed to desensitize the entire issue at hand. It is easy to say that nothing will happen when you have not faced the effects first-hand. This is meant to raise awareness that it is absolutely necessary to have sensitivity and to wish the people facing the fires safety instead of painting this natural disaster as a minor disturbance.

After seeing the notification on my phone, I gathered the essentials. Clothes, electronics and food were tucked messily into my suitcase and thrown into the car. Pacing back and forth between my room and my mother’s room, I caught glimpses of my grandmother between the wall and her cracked door frame. She was sitting eyes pressed shut while holding the rosary repeating the hail Mary in Spanish in what seemed like a never-ending cycle of worry.

Hearing her pray to god in a plea to keep our house safe, made everything seem surreal as I was brought to the realization that this isn’t just something that you hear about on the news from the comfort of your own home.

As my mother and I drove to leave our cars at my dad’s house, the thick scent of smoke still coveted the inside of the car, regardless of our windows being completely closed.

Events like this put a lot into perspective, especially on leaving things behind. Natural disasters like the Lilac Fire can impact anyone, and there is no real way to prepare for the reality of how frightening it is.

My family slept with one eye open that night as we waited for the police or some higher level of authority to come knocking on our door. No one knocked on the night of the fire, and all valuables went unharmed. We were incredibly lucky to not have been deeply impacted by the fires, but it does not make our experiences any less real nor the experiences of other families that had to evacuate.

The fires are nothing to take lightly, and they are nothing to underestimate or joke about. Lives and homes are not something to make a satire out of, and they definitely should not be the reason of complaints. If someone needs a place to stay because their home is at risk, welcome them with open arms, and please, have some sensitivity.