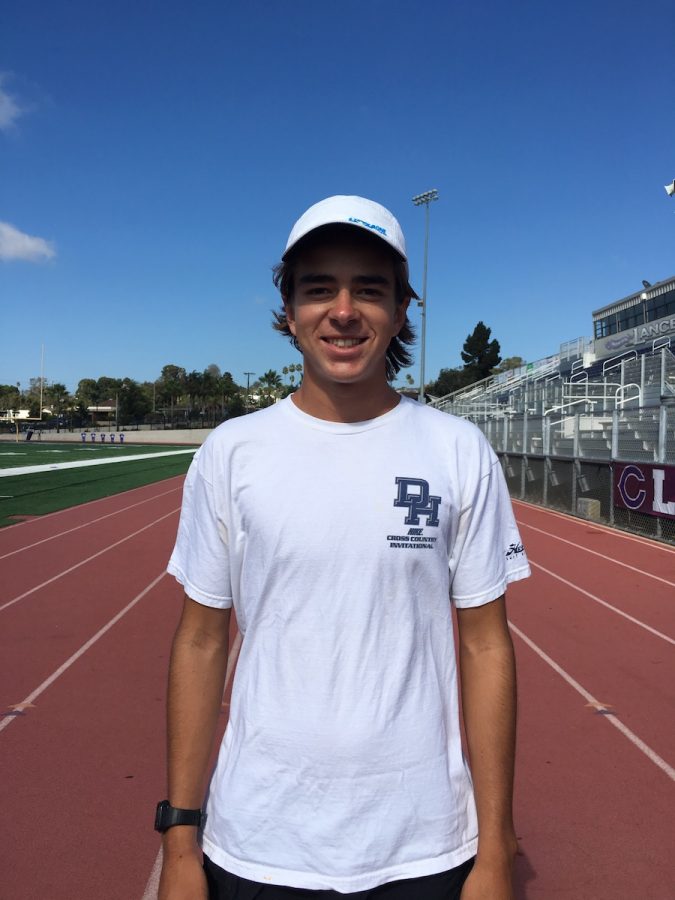 Lancer Link: How long have you been running and how did you get started?

Taylor Shaffer: I’ve ran cross country since freshman year, but I started running in 8th grade. I played soccer most of my life, so I thought I was a sprinter. My brother did XC, so that’s how I got introduced to it.

LL: Have you been a captain before?

TS: I’ve been a captain since sophomore year. I’ve always been the younger one, captain wise, but I don’t think anyone thinks of me that way.

TS: It relieves a lot of stress and it kind of gets your mind off of school and other things going on in your life, so it’s kind of relaxing in a way. I know to most people it doesn’t sound very relaxing.

LL: Have you made many friends and how do you and your peers interact?

LL: What do you do to keep spirits up during meets?

TS: I make sure they know there is more than one race. That this race isn’t like the olympics, plus everybody has their bad days and their good days, so i mean they can have a bad day next week if they have a race of their lives the next.

LL: What is your biggest challenge and how do you manage?

TS: Time management for sure. I have practice everyday after school. Also, making sure everyone on the team is motivated to train hard to see themselves improve and make sure everyone is having a good time as well.

LL: What is your favorite pre race meal?

TS: Morning of, usually i’ll have a piece of toast, with butter and honey on it. That’s usually three or four hours before the race though.

LL: Any aspirations to pursue XC in the future?

TS: I don’t want to like run in college or become a professional runner or anything, but I want to keep running in my life just because it keeps me in shape and relieves a lot of stress. I’ve looked at Boulder, Colorado, I want to major in film and CU Boulder has a really good film program.

LL: What makes you a good captain?

TS: I think I have a good positive attitude. Even when days go bad and stuff, I stay positive and make sure the team stays positive and helps them keep going.