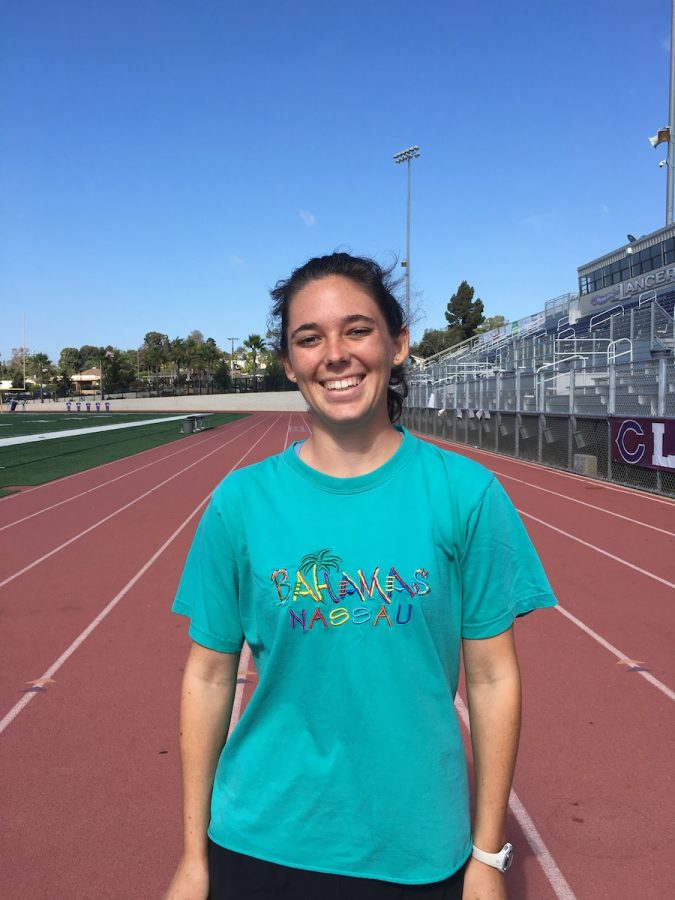 Lancer Link: How long have you been running and how did you get started?

Sam Schneider: I have been running since sixth grade. My older sister was a freshman in high school at the time and she was starting track and field, so that made me want to do it. I joined the program they were starting at my middle school.

LL: What do you enjoy about participating with your peers?

SS: The friends I’ve made in cross country are the best part of it. Running by yourself gets lonely, but being able to run in a group is fun because we can laugh and just all have a good time.

LL: What do you do to keep your spirits up during meets?

SS: I tell myself I’m close to the end, even if I’m not. I also try to catch the person in front of me and remember that the sooner i cross the finish line the sooner i can get water.

LL:What is your biggest challenge and how do you manage this?

SS: The commitment of cross country is a lot because it carries into my weekends. We do long runs on the weekends, so it can take away some time that I could be studying. The endorphins that I get from running help me after to focus on my studies after though.

LL: Have you been a captain before and what are the responsibilities of being a captain?

SS: This is my first year as a captain. Captains get the team together, making sure that the whole team is running instead of walking. This summer since we didn’t have a coach we were  in charge of leading practices. Being a captain is fun because it is a leadership position, and the younger athletes look up to us.

LL: Who is your favorite athlete and why?

SS: I’d have to say Meb because he is from San Diego and is an inspiration to show what I can become with hard work.

LL: Any aspirations to pursue cross country in the future?

SS: I want to continue running in my life, but do not want to race in college.

LL: Tell me a little about your season so far?

SS: Our season had a rocky start because we had no coach, but now everyone is more organized. I think we might be able to go to state.

SS: My favorite pre race meal is a bowl of honey nut cheerios, breakfast of champions.