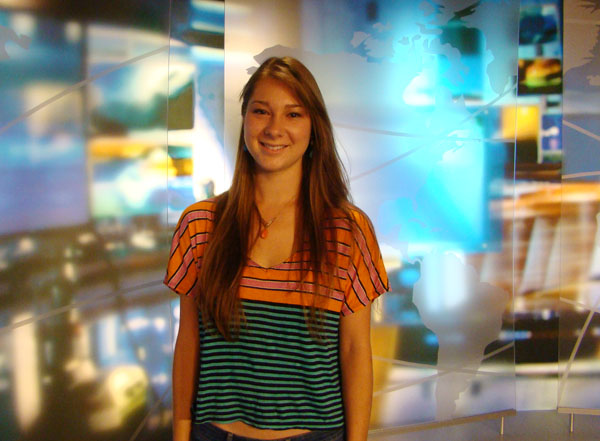 Armed with just a student visa, three years of High School French and one very large suitcase, junior Emma Chong will take off this September for her yearlong exchange in…

“All I know is the country I’m going to, that is literally it. I don’t know my city or family or school. So right now that’s really the biggest downside…the waiting,” Chong said.

A wait which will last anywhere from a couple days to a couple months, basically until a family can be found to host her.  The organization in charge of finding Emma’s new family is AFS. A non-profit which offers exchanges in over 40 countries, and has been sending high school students on exchanges for 60 years, will now be sending CHS student Emma Chong to France.

“It’s funny because I started taking French because it was mo (in eenie meanie minie mo) between Spanish and French. Now I’m definitely happy I landed on mo,” Chong said.

The decision to sign up with AFS and to move to France was pretty much just as impromptu.

“My mom was just looking into it, thinking you know how all moms do–about finding as many options as possible for her kid–and she came across AFS.  Because I’m interested in going into, you know, international relations, it seemed like a really good idea. So I signed up,” Chong said.

Simple as that…well, until the paperwork came in the mail.

“Oh my god. So. much. work. There’s paperwork, letters of reference, shots, a blood test. They even made me have an interview with a doctor to make sure I’m mentally able to do an exchange. That was really weird,” Chong said.

It’s all in preparation though for the hard year ahead of her. There’s a good chance Emma’s host family will not know much (if any) English. She’ll meet them for the first time upon arriving in France. She’ll need to adapt to their life and try and become part of it, all in a matter of months. AFS does offer some advice though.

“They really encourage trying to, of course, learn the language and participate in everything your family does. But the funniest thing AFS told me was that I’d want to make sure to bring Pop-tarts and Bisquick. Apparently those are very American, so they said I should bring those to give to my host family because they’ll really like it,” Chong said.

Too bad the problem of school can’t be fixed with Pop-tarts and Bisquick. Emma will attend eight classes, six days a week (school on Saturdays), will have a heavy homework load (senior year in France is said to be the hardest, not the easiest of all years) and the struggle of making friends. All in French.

“I really hope I have a sibling, so I have an automatic friend even if they don’t really understand me at first,” Chong said.

Despite all the challenges, to Emma it’s still a dream come true to have the chance to eat croissants actually made in France (not in Starbucks), parlez Français avec native French speakers and see if the French really do see  ‘la vie en rose’ basically meaning in a more positive way than Americans.