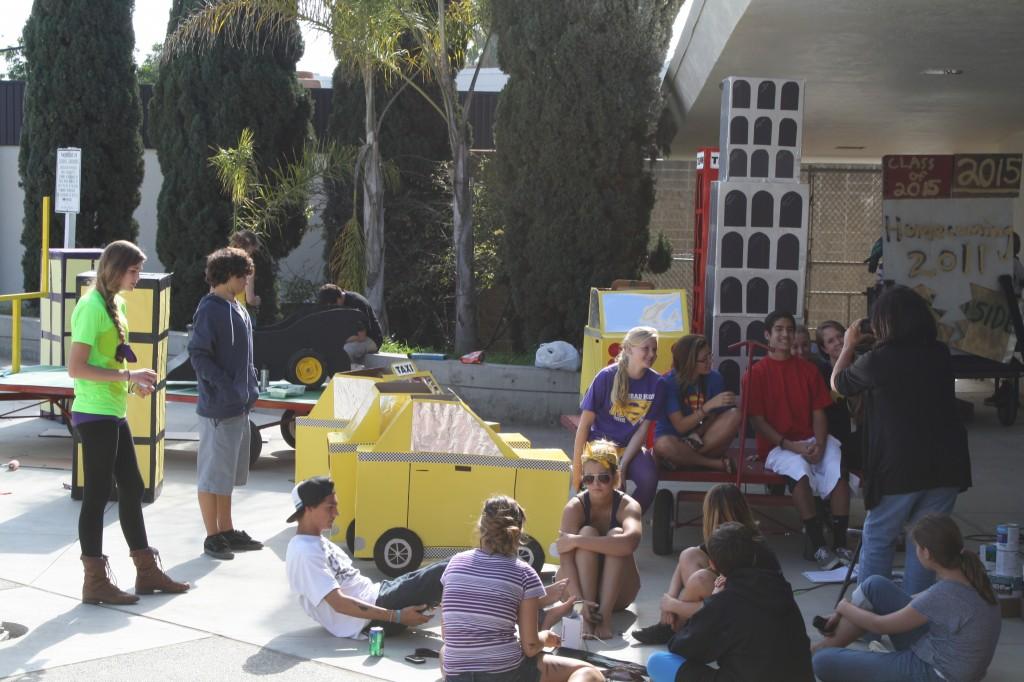 Homecoming and all its festivities are just around the corner.  Besides the football game and the dance, one of the most popular events is the Lancer Day parade.  And since it wouldn’t be a parade without floats, ASB has been hard at work creating them to ensure that the Lancer day parade remains a parade

In past years, the floats have not really been anything to get excited about not so much because of the quality of the floats but because of their relatively small size.  However, besides adding more excitement to the parade, the floats, in many ways, reflect the pride and dedication of each class.  So watching a puny, little float drift by during the parade is a tremendous letdown.

But, this year looks to have the same attention to detail and creativity seen in past years combined with larger and more aggressive floats.

“We want to make it as big as possible,” senior Jacob Siaosi said.

This year, the floats common theme will be superheroes.  The freshmen float will have the Hulk as its superhero, Spiderman will be representing the sophomores, the juniors will be creating a float focused on Superman and, last but not least, the senior’s superhero will be Batman.

With a tremendous task facing them, as well as very little time to do it in, the ASB members in charge of the floats have been working non-stop.  Countless hours have been spent to not only make the floats as intense as possible but to also get them completed on time.

“We’ve been working so hard,” freshmen Sara Lang said. “We’ve been having meetings at my house every Saturday.”

Before the football game, head over to downtown Carlsbad for the Lancer Day parade and check out the larger than life floats which may just steal the show this year.