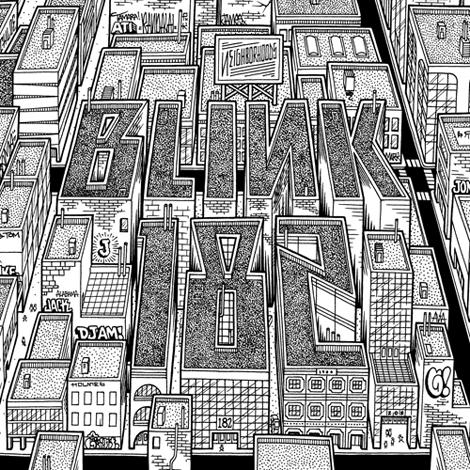 Typically a band known for fast paced, upbeat songs that focus on the humorous aspects of adolescence, Blink-182’s new album Neighborhoods adopts a more serious and somber tone. Released on Sept. 27, Neighborhoods is the band’s sixth studio album and the first to be produced after the bands reunion in 2009 following a four year hiatus.

Many of the lyrics explore themes of death and confusion which reflect the tragic events that led up to the bands reunion. The first track “Ghost on the Dance Floor” is about listening to a song that you shared with someone who has died and had a deep impact on drummer Travis Barker after the death of DJ AM. Some of the other tracks such as “After Midnight” and “Wishing Well” make references to death as well. However, these songs, besides being overly depressing, deviate from the Blink-182’s original motif of teenage angst.

However, they do incorporate such themes into some of the tracks. “Natives” is about a child who feels like he is a disappointment to his parents and how he just wants them to stop caring. While “Up All Night” focuses more on how teenagers cope with their imperfections. But, despite maintaining this subject of teenage angst, the seemingly relentless themes of death and confusion are all too prevalent in these songs.

There remains one aspect of the album that stays true to the style of the old Blink-182. The fast paced and extremely catchy guitar riffs in addition to Travis Barker’s extraordinary drumming skills are still a factor. But, this creates a strange feeling while listening to the album as the seemingly upbeat guitar riffs fail to jive with the somber themes that this album conveys.

Blink-182 has shown in the past that they are capable of including serious songs on albums. But, these songs have nearly always been complemented by more playful tracks that seem to better fit the band’s persona. It is certainly understandable why they would have such a large presence of serious tracks on this album, but there is such a thing as too much and this album was in desperate need of at least one upbeat song.

Hopefully now they have moved past the tragic events that culminated in their reunion and they can start to have fun with their music. Overall though this album is very dismal and bleak when compared to their other albums and is probably best left in the music store.