Lord of the Flies takes the stage 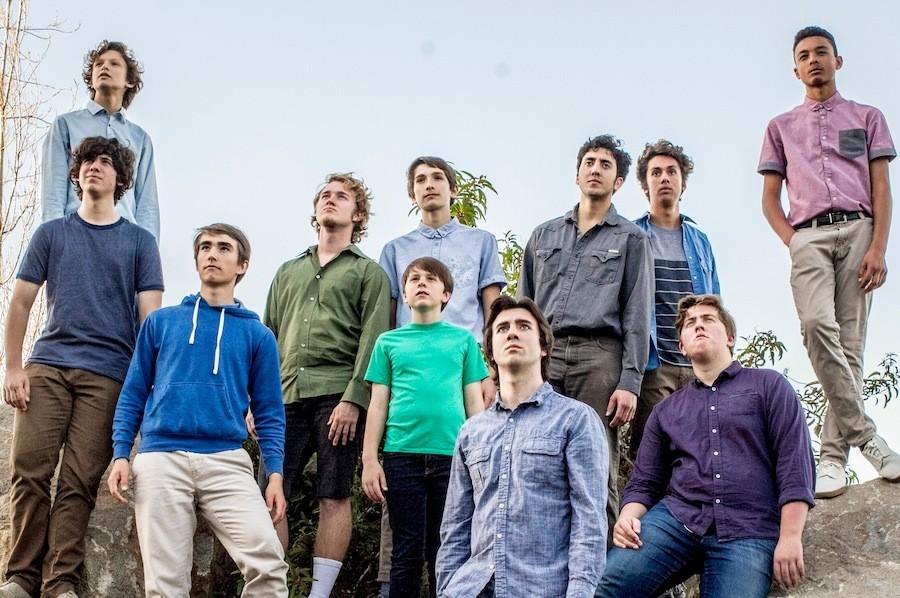 The Cast of "Lord of the Flies" poses together. The cast consist of 12 actors ranging from ages 10-19.

The New Village Arts Theatre is bringing an adapted version of the beloved novel, The Lord of the Flies, to their stage starting on April 3.

With a cast of twelve actors, practices are crucial to accomplish the task of putting on such an elaborate show.

“The cast rehearses the show for four weeks, with rehearsals six days a week in the evenings and on weekends,” Executive Artist Director Kristianne Kurner said. “The final week of rehearsals is tech week when we add all the technical elements into the show.  We then have the week of previews, when the cast can experience the show in front of an audience.  During the rehearsal process, the cast works on objectives, memorization, blocking, fight choreography and more.”

Keeping in mind that The Lord of the Flies play is based off of a book, the authors intentions and symbolism in the novel give the play a lot of depth.

“Prior to rehearsals even began, most of us involved in the show had read through the script multiple times and had begun to determine our intentions and motivations for each scene in the play,” actor, Jonah Gercke said. “We keep looking for interesting choices to make and blocking to try, while also continuing to find more and more symbolism in the play.”

As the Executive Artistic Director, Kristianne Kurner is in charge of many different parts of the production.

“I am responsible for the overall production,” Kurner said. “I advise the director, as needed, and make sure that the design work and acting are up to the New Village Arts standards.  I also chose the production to be a part of our season and helped to cast the show.”

For those unfamiliar with The Lord of the Flies story, Jonah Gercke, who plays one of the lead protagonists Ralph, gives a concise description of the play.

“Lord of the Flies is the story of a group of boys stranded on an island after their plane crashes and they are left alone without any adult supervision,” Gercke said. “What at first seems to be an idyllic paradise in which the boys are able to play, build shelter, and hunt for animals, soon turns into a hellish world which turns even the purest of children into wild beasts.”

There are many different preview dates to prepare the cast for opening night of April 11.

“We have one week of pay-what-you-can previews from April 3 – 10, Opening Night is April 11 and we run through May 3,” Kurner said. “Performances are Thursdays and Fridays at 8pm, Saturdays at 3pm and 8pm, and Sundays at 2pm.  Preview performances are considered working rehearsals.  Patrons will view a finished version of the play, but it is before we allow critics to see it and the director and design team are still present.”