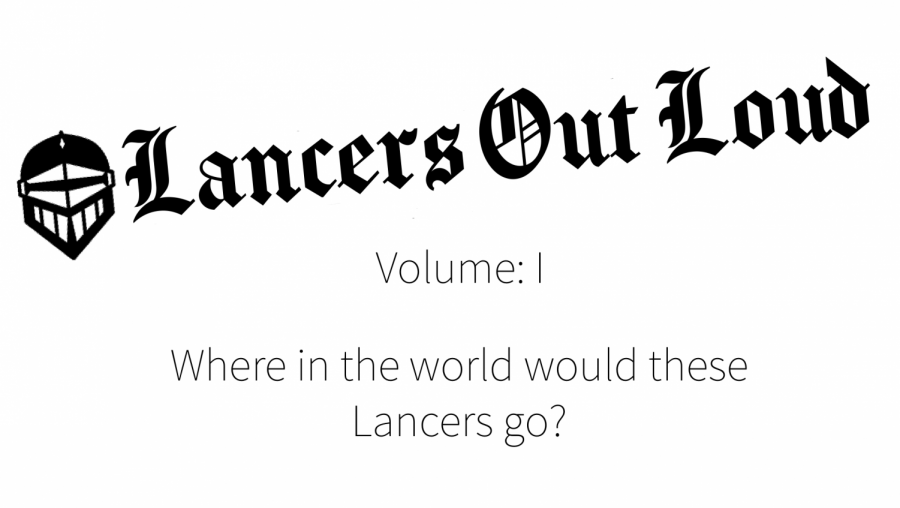 Covid-19 has affected countless aspects of everyday life, but one of its biggest impacts has been on the travel industry. Travel restrictions worldwide, as well as general fears of getting infected, have prevented people from going on the trips that they might have otherwise.

In the absence of actual vacations, we asked Carlsbad students which world monument they would like to visit the most.

“I would go back to Saint Peter’s Basilica in the Vatican,” Senior Lorena Liu said. “I think it is the greatest symbolic monument and holds a lot of history. It was extremely beautiful and I find the history behind it really interesting.”

“I would go to Borobudur because it’s an unrecognized monument that is honestly really epic,” Senior Ryan Read said. “Despite not getting as much fame as the Pyramids of Giza or Norte Dame it’s the largest Buddhist temple in the whole world and it was created in the 9th century! They didn’t use any sort of adhesive, they just built it so perfectly that it stays together due to how well the blocks fit together, all without advanced tools. I think it’s a great example of how the culture of areas like Indonesia and South-Eastern Asia tends to get overlooked in history.”

“If I could go to any monument in the world, I would go to the White House because that is where all of America’s greatest leaders have been,” Freshman Ryley Moi said. “In addition to that information, my passion for politics goes a long way. I love politics because it’s all about present-day things and when involved in politics, anything can change depending on how much you are willing to work. “

“The Taj Mahal reminds me of home in India. Amidst a nation of foreigners, it’s really hard to trace back to the roots of my homeland so presented with the opportunity to go anywhere I would want to go to the Taj Mahal,” Sophomore Rishab Bora said. “One’s culture is of paramount importance and is something one must hold dear. I have been fortunate to realize [this about] my culture and it’s something I am extremely proud of.”

“I would go to the Statue of Hachikō in Tokyo, Japan because the statue commemorates the story of a dog who sat by the train station waiting every day for his owner who had died,” Senior Aine Sismondo said. “The monument represents the connection between humans and animals. I find it beautiful and inspiring.”

“I would go to the Acropolis in Greece because it’s one of the oldest monuments out there, and Greece is definitely on my traveling bucket list,” Senior Aquila Ewald said. “I think there’s a lot of history there that would just feel really powerful to see for myself. Those are some of the oldest standing structures known to man, and getting to see them with my own two eyes would be like getting a flash into what life may have been like way back when”

“I would do anything to visit the Athena Pantheon in Greece because I love Greek mythology and I’ve been wanting to see everything that relates to it since I was nine,” Senior Angel Tello said. “It also happens that the Athena pantheon is one of the most magnificent architectural builds in the world and I want to see it in person.”

“I would go to the Great Wall of China because we have learned so much about the wall that it would be super cool to go there and experience what it is like in person,” Senior Haley Gaskin said. “I would want to go at night so I could see the sunset when I am there.”

“I want to go to Denali National Park because it is one of the few national parks at which you can see the Aurora Borealis,” Junior Aly Sutherland said. “Seeing the northern lights is easily the biggest item on my bucket list. Very little light pollution and long hours of darkness make Denali National Park a perfect place for stargazing. If you are lucky, you can even see the Milky Way!”

Lancers Out Loud: What is important to you in school?

Students answer what they think is the most important to them about school.

Lancers Out Loud: Do you feel safe at CHS?

Reporter Matthew Bryant asked students at Carlsbad if they feel safe at our school.

Students share what they enjoy most about the rainy weather.