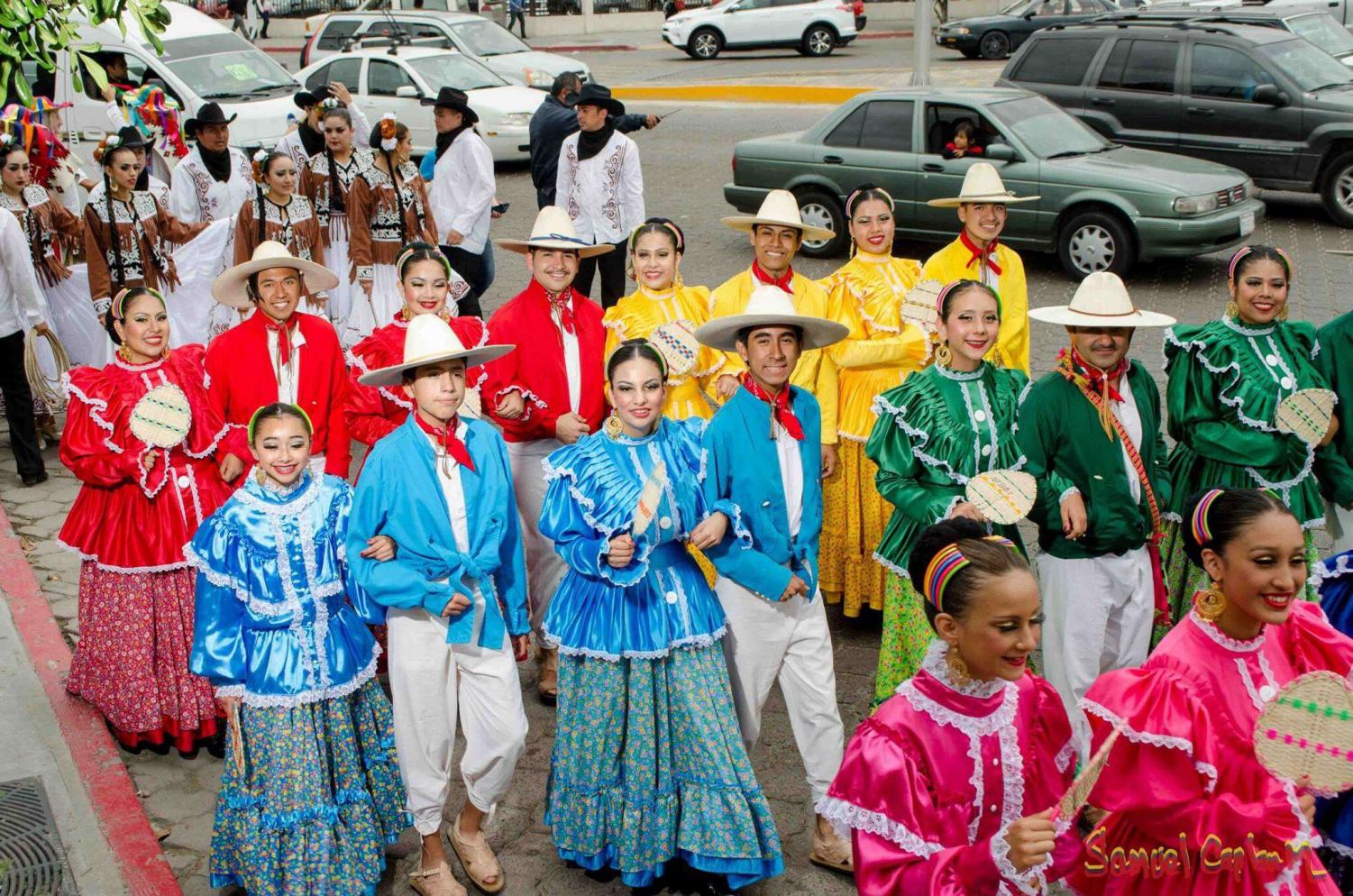 Senior Stephen Alvarado, in the blue costume on the right, walks through town with his dance group during a performance.

Right here in Carlsbad, people are passing on stories of traditional cultures from around the world, bringing Americans closer to their roots.

Baile folklórico is a dance form popular in Mexico and Central America. In these different regions, people developed dances to tell their stories. At Oceanside’s Balderrama Park, senior Stephen Alvarado learns tribal dances that originated from the Aztecs and other Mexican tribes.

“Each one tells a different story and as time went on throughout Mexico, each state developed their own dances,” Alvarado said. “They each tell a unique story and give insight into history and culture of that state. Nayarit tells the story of the Mexican-American War, Veracruz tells the story of the upper-class [so it’s] very elegant and Chihuahua are polkas that you dance with a partner.”

After dancing for nine years Alvarado is now in the Professional Adult Group and competes every year for Cinco de Mayo. These competitions are held in Old Town, where he first experienced this aspect of his culture.

Baile folklórico isn’t the only dance that has preserved culture in Carlsbad. Bharatanatyam is a major Indian dance that tells stories of ancient legends, originating from the Lord Shiva, a Hindu God. Sophomore Pajaka Lakshmin has been practicing Bharatanatyam for about 11 years now.

“My mom put me in dance because she really wanted to learn it but she never got the chance to,” Lakshmin said. “When she learned that our family friend was teaching dance she enrolled me in it, and I fell in love. It’s really fun to see Indian culture and everyone getting together to watch someone and see how far they’ve come after learning for so long.”

After eight to 10 years, Bharatanatyam dancers perform a debut. To prepare for the debut, Lakshmin practiced twice a week with a teacher, plus daily at-home practice. Now she is about to begin teaching Bharatanatyam to younger girls, passing on the Indian tradition, while keeping it a significant part of her own life.

It has added to my understanding of my culture so much more, and I have seen parts of the world that I only dreamed of.”

“Dance is my outlet,” Lakshmin said. “I don’t think about anything else when I’m dancing. I love it, and I don’t want to stop.”

Through both Alvarado’s and Lakshmin’s cultural dances, they’ve found value in learning about other nationalities alongside their families.

“It has added to my understanding of my culture so much more, and I have seen parts of the world that I only dreamed of,” Alvarado said. “Especially now, I think it is really important to understand people’s cultural backgrounds for a better understanding of the many different origins of all people within the U.S.”