The undying art of kendo

How one student embraces the rare Japanese art form. 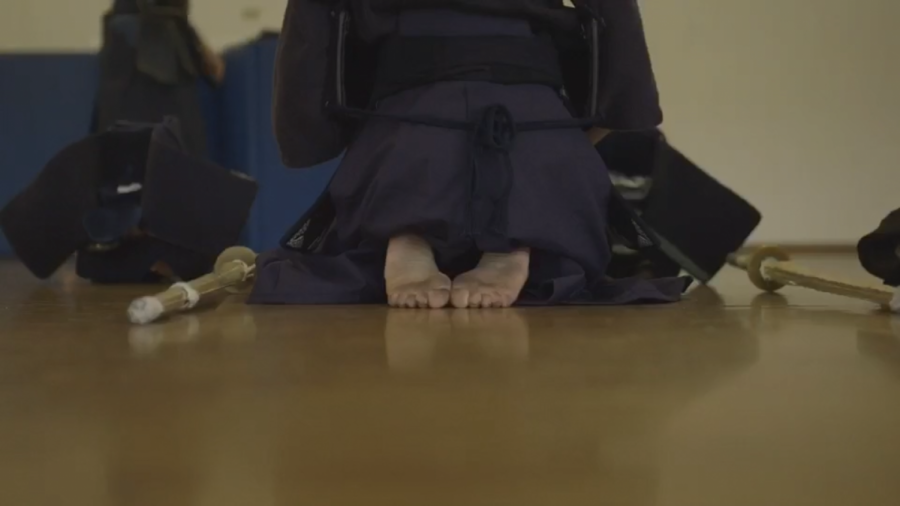 Collignon kneels on the ground during a more symbolic ritual of Kendo.

Kendo, a traditional Japanese martial art, is a sport that is very rare in the U.S. This martial art descended from Kenjutsu and uses swords called shinai, which is crafted from bamboo. It can be dated back to the 1600s and was a way for the Samurai to practice their battle skills without sustaining serious injuries. Widely practiced in Japan, the art has slowly increased in popularity in the states. Freshman Lucas Collignon tried the sport out six years ago and has not stopped since.

“My dad did kendo in Belgium before we moved here,” Collignon said. “When I was eight he told me that I should try it, and now here I am six years later.”

This sport is a challenge both mentally and physically. Athletes of this sport must always keep a clear mind. Maintaining a clear mindset is something that is focused on heavily during the Sunday kendo practices that Collignon participates in. The concept of Kendo is to instill discipline within athletes through the principles of the Katana, the sword, and its applications.

“We really focus on discipline and self-control,” Collignon said. “[We] can’t get tired and become unfocused or else we aren’t able to do well.”

Since kendo originated as a sport used to practice skills, there are fewer than five areas that athletes can attack their opponents. Collignon believes this rule is essential because it allows the mind to practice focusing on multiple events while being careful to not overwhelming the athletes.

The organization that Collignon is a part of requires numerous hours of practice every Sunday to prepare for examinations and competitions. Despite this sport being time-consuming, Collignon is thankful that he gets to spend his time participating in the sport with people he values.

“We are all really good friends with each other and we come back every Sunday to hit each other again and again,” Collignon said.