BRIEF: Alex and Brenden Gresham return to Carlsbad after life at sea 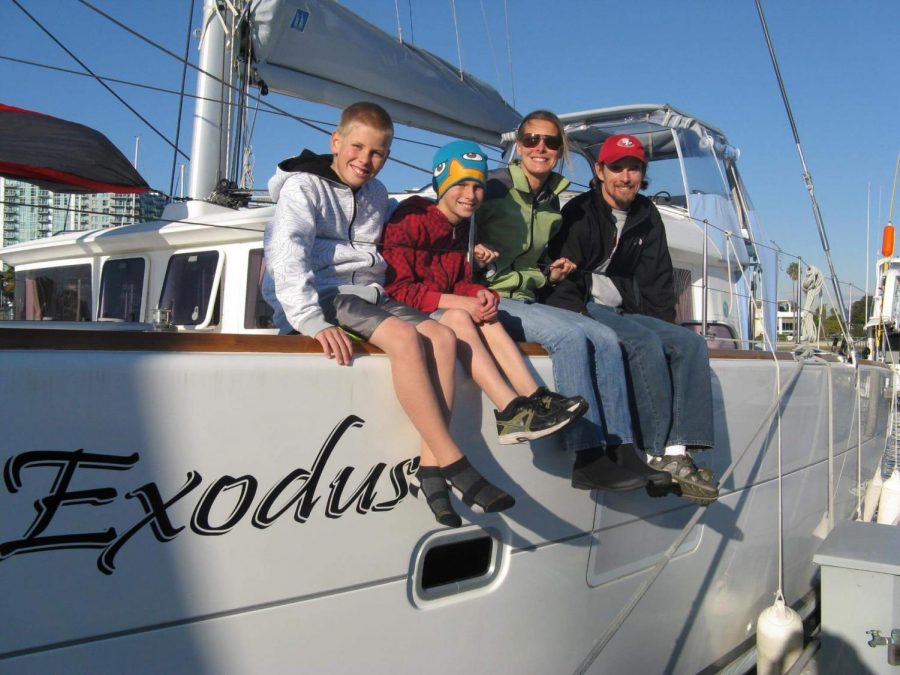 Courtesy of the Gresham family

The Gresham family on their boat. They lived on the sea for three and a half years.

Alex and Brenden Gresham did not have the same upbringing as most children because they lived on a boat for three and a half years. Beginning when Alex was 11 and Brenden was 10, the Gresham brothers spent their lives on open water traveling to places including New Zealand, Fiji and many more.

Because moving on to a boat would be a new experience for their family, the Gresham brothers took time to adjust to their new life on the water.

“Living on a boat was extraordinarily different from the average American’s lifestyle,” sophomore Alex Gresham said. “We rarely had internet, the food in grocery stores was very limited, and of course we were home schooled.”

Although leaving behind everything you know may be a challenge, this adventure brought many new and exciting experiences into the lives of the Gresham boys. Alex was in the sixth grade when his family decided to move onto a boat.

“Leaving our former home was hard, but then again I was pretty young and didn’t fully understand at the time what we were getting into,” Alex said. “My favorite part about living on a boat was meeting people from all over the place, but it was hard having to say goodbye to them.”

Brenden was only in fourth grade when he moved onto the boat. Although it may have been hard at first, he ended up enjoying his time at sea.

“It was hard leaving my friends from home, but it was fun to meet other people who lived on boats and to see how they lived,” Brenden said.

Alex and Brenden think that this opportunity to travel around the world with each other has impacted them endlessly and by reflecting on their experiences, the boys have noticed that this adventure has changed them for the better.

“I feel like I am more mature now than other people because I was around more adults than children from a younger age,” Brenden said.

After three and a half years of this lifestyle, the Gresham brothers returned to California. They believe that this experience caused realizations that would not have happened otherwise.

“After coming back to California, I feel the responsibilities I had from the boat opened my eyes to many things going on all over the world, good and bad,” Alex said.