Moving from Switzerland to America

Leo and Pius Ruemmler move across the world to Carlsbad. 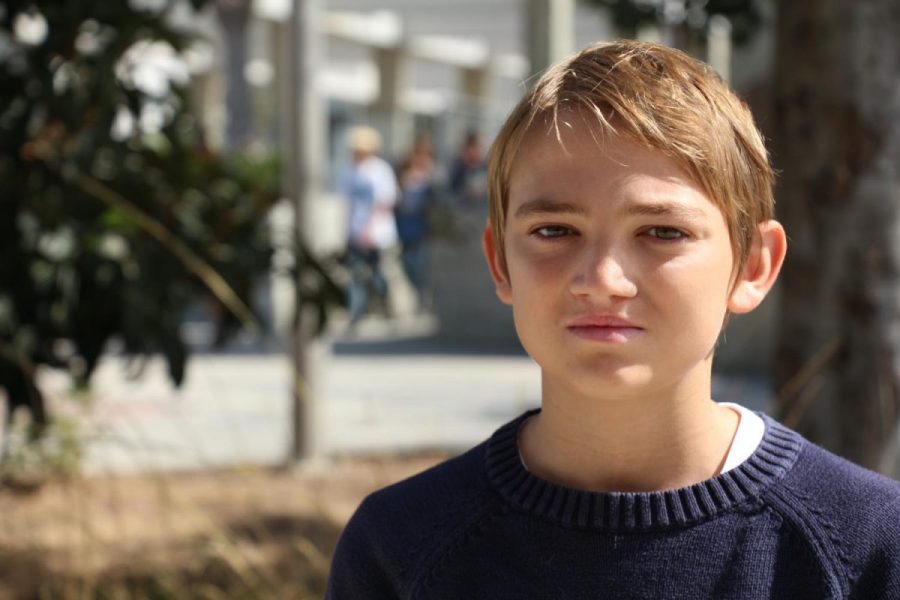 Freshman, Pius Ruemmler, starts his high school career off after moving from Switzerland. Ruemmler moved with his brother Leo.

Freshman Pius Ruemmler and senior Leo Ruemmler have not had the same upbringing as many of the students at Carlsbad High School. This is because they grew up in Switzerland. Last year, they left their lives behind to move to the states.

There are many things that may seem challenging about leaving everything you know behind to move to America. One obstacle the brothers faced was that they did not know anyone in America before moving here.

“I had seen Carlsbad High School because we made the trip here to actually look at some houses that we could rent, so I had seen the campus before, but I didn’t know anyone,” Leo said.

In Switzerland, many people do not speak English. The national languages of Switzerland include German, French, Italian, and Romansh. Although it may seem like a difficult task to learn a completely new language, Ruemmler says he did it with no trouble once his family got to America.

“They don’t really speak a lot of English, but I had one year of English in school,” Pius said. “Then I moved here and I learned it pretty quickly. It’s not that hard.”

One main difference Leo noticed between America and Switzerland was the size of everything in America. The Ruemmler brothers were astonished at how big everything was compared to Switzerland.

“When you get here you just realize that everything is way bigger than in Switzerland,” Leo said. “I mean, California is ten times the size of Switzerland.”

“One of my favorite parts about living in California is just living close to the ocean,” Leo said. “I can go surfing and also the driving age is 16, where as in Switzerland it’s 18.”