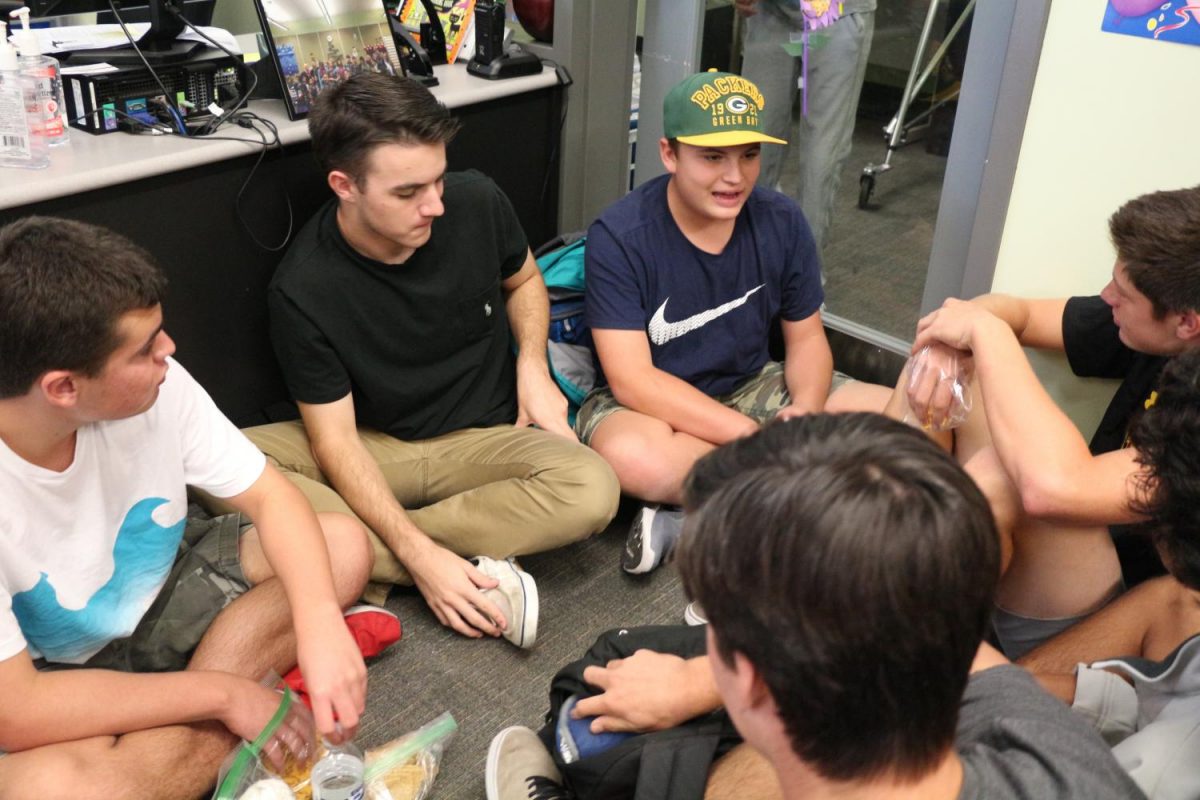 sThe club, Best Buddies, has provided a platform on which senior Peyton Headlee has gained characteristics and has been taught life lessons that make her into the person she is today.

“The club has kind of taught me to not assume people’s lives, I guess, and treat people with the respect that they deserve,” Headlee said. “Some people are going through different things and they deserve better treatment.”

Headlee joined the club as a freshman in high school. After joining, she realized how much she enjoyed being a friend and building a relation with her buddy. Now in her last year at Carlsbad High School, Headlee plays a vital role in the club.

“So, I joined freshman year and I really enjoyed it,” Headlee said. “My friend at the time was president, then he passed it onto someone that was my age. Junior year, I became the vice president with Max Ward. We are co-presidents now, as presidents, [we] have created new roles and jobs for the members of the club.”

In past years, every member of the club has been paired with one buddy. One time a week, members of the club commit to having lunch with their buddy. Now there are more options for members that will not be as large of a commitment.

“We are going to get a little stricter [this year],” Headlee said. “Throughout the year, people stopped showing up and it leaves their buddy with no one to talk to and it’s really sad. So to a certain extent, if they don’t have the commitment that they need in the club, they will get paired up with a buddy, but with another person. So there will be two people to a buddy. You can choose to be a direct buddy, to be one on one. Or you can be an associate buddy, where you are in the club but you are not necessarily paired up with anyone so you do not have to commit as much time.”

This year, Headlee and Ward are making changes in order to ensure the buddies with a positive impact on their lives. The club is opened to anyone who would like to become a member of the widespread Best Buddies Club.

“It’s just you come in and it’s not really structured or anything,” Headlee said. “You just hang out with the buddies and talk to them and you can kind of just cruise around.”