Juniors Andrew Boyle and Erik Methot share a passion for the guitar. 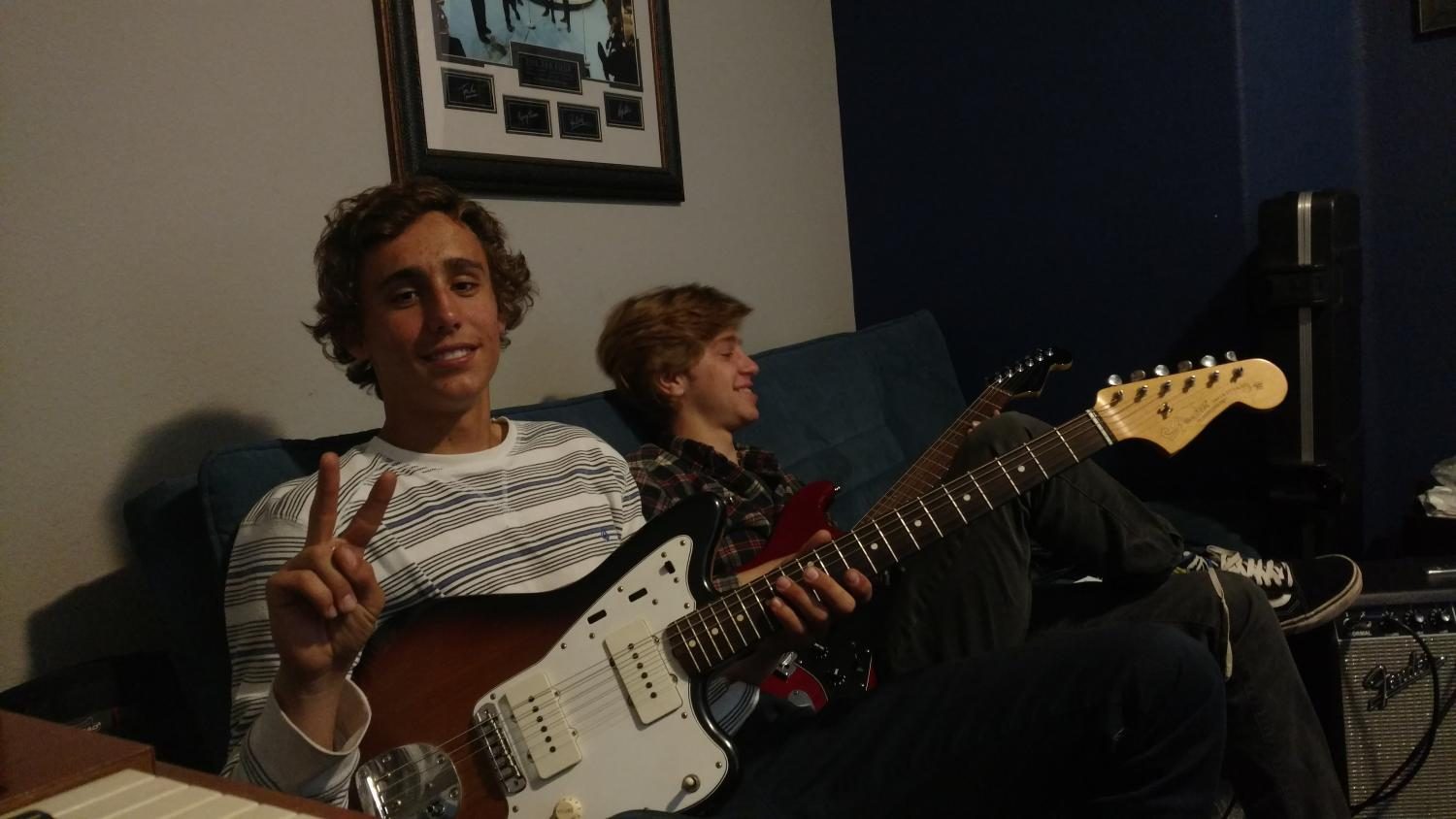 Juniors Andrew Boyle and Erik Methot not only play the guitar, but have formed a special relationship with the instrument. They are no weekend hobbyists who struggles to learn new chords so they can play yet another Eagle’s song. They pour love and emotion into the guitar, and what comes out is beautiful music.

People play the guitar for a multitude of different reasons. The future possibility of making a living with the craft, just to kill time or something more.

“I play guitar because it’s something I love to do and there is an amazing feeling you get when you are playing something you know you created,” junior Erik Methot said. “The guitar allows me to explore my creativity and everything I can create with music. I play as much as I can basically every day for as long as I can.”

The two boys, being close friends, share many reasons for playing the guitar.

“Playing music is the best feeling. It’s super fun when we all throw out ideas that easily come together, and that’s my favorite part of it and my favorite way to play music I guess,” junior Andrew Boyle said.

Saying someone is a guitar player says almost nothing about their personality or what kind of culture they participate in. Reggae, indie and metal all feature a guitar as the prominent voice, yet are so distinct and different. These boys are into the local kind of music, a type of beach rock with influences from many different genres.

“I personally play indie and rock music the most, but I’m open to playing all genres. The best part about playing guitar is jamming with all my buddies. The guitar brings vibes that are really sick and makes you feel really hyped,” Methot said.

Both students have proven their dedication to the guitar through the music they create. For some it takes years to get a feel for the instrument, while others have a natural ability.

“About 7 years ago, I had a friend who let me try this guitar out and I decided I gotta get one for myself,” Boyle said.

Erik has a somewhat different story than Andrew, not having nearly as much as experience as Andrew on the guitar. Andrew has been playing the guitar since a young boy, while Erik has picked up the hobby just recently.

“I actually started playing the guitar just this last summer and I started playing because I played violin for five years. My friend who plays the violin as well as guitar said I should play the guitar, so I decided to teach myself and I became hooked,” Methot said.

The guitar is one of the most popular instruments in the world. Millions have played their tune, but much fewer have played a tune worth listening to. There is much debate regarding the best guitar player of all time, but many players hold a personal opinion.

“I don’t know my favorite, maybe Stevie Ray Vaughan playing Lenny, but honestly I don’t know they are all so sick,” Methot said.

Andrew had a much more certain reply because he was confident in his selection.

“My favorite is Cliffs of Dover by Eric Johnson,” junior Andrew Boyle said.