Kicking her way into college 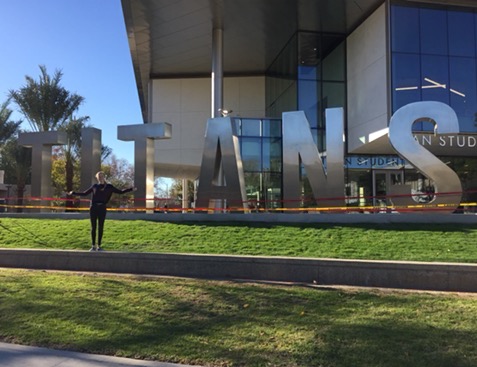 It is that time of year. The end of the semester is approaching, finals are right around the corner and seniors are committing to colleges all around the globe. But are seniors the only ones deciding their futures?

“I find soccer really fun because on the field, it is never boring,” Schroh said. “It always keeps flowing, and there is not much standing around. We are always doing something.”

Not only does she know where she is going, but Schroh has also received a full scholarship for her incredible abilities as a soccer player. Her position is center back, and she has been playing this athletic sport since she was four years old.

“A plus of having the scholarship already is I don’t need to pay for college,” Schroh said. “A lot of people have student loans when they come out of college, and I won’t have nearly as much. I probably won’t have any.”

Having already chosen her college and earning a scholarship for her athleticism, everything is not said and done. Schroh still has numerous responsibilities and expectations, and she knows the pressure on her performance. An athlete always wants to do their best, and prove his or her spot on the team.

“Honestly, it still hasn’t sunk in yet, because I’m going to college in two years, and that’s just such a crazy thing to think about and I know where I’m going,” Schroh said. “It was just such a weird feeling to have but I was obviously happy. I just can’t wait to go and have fun and be on their team.”

Some may wonder if anything would happen to Schroh’s athletic scholarship if she were to get injured. The answer would be no, even though the scholarship is not official until she signs it her senior year. Although her scholarship is pretty set in stone, the process was lengthy.

“I had to email not just my college coach but all the coaches at the colleges I applied to,” Schroh said. “I had to choose which college I wanted to go to and once I had narrowed it down, then they gave me offers if they want me on their team. Then we have to go on their campus and then they would offer you a certain amount of money. From there, you can either take it and be on their team, or you can wait for other opportunities from other coaches, but I knew I wanted to go to Fullerton.”

When students start applying to different colleges, Cal State Fullerton would be a reasonable choice for many students. It offers students both a college education and multiple athletic opportunities. Fullerton is a selective college with an acceptance rate of 42%.