A personal view on iPhone 7 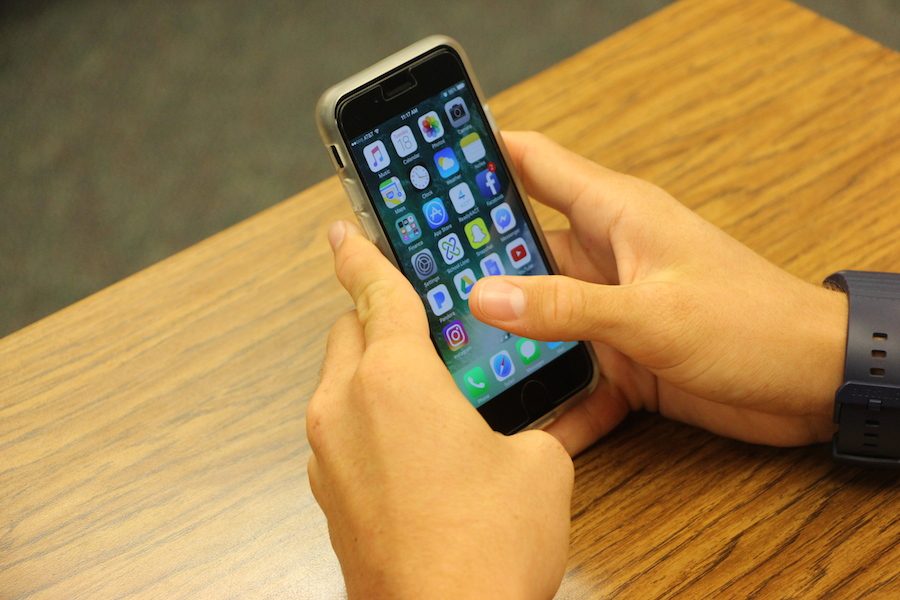 Thinking about buying the new iPhone 7? We sat down with senior Dominick Sullivan who talked about his personal experience with his new iPhone. Learn about the purchase process, new features, and any conflicts one may face.

Lancer Link: How long have you been an Apple phone user?

LL: What made you decide to upgrade?

Sullivan: My iPhone 4s was definitely way outdated and I had had that for three years. I was like ‘It’s time to get a new phone’ because there’s so many new things that aren’t compatible with the iPhone 4s.  You can’t get new apps and I couldn’t get iOS 10, and I also needed more space.

LL: What was the process of getting the phone like?

Sullivan: The guy at the store was kind of useless.  I wanted to know the difference between the iPhone 6s and the iPhone 7 because I wasn’t sure if the headphone jack was going to be a huge problem and he didn’t really tell me, but when I got the iPhone 7, I realized that the adapter wouldn’t be too much of a problem.  The process in itself was relatively easy.  If you just go when it isn’t crowded, then it’s quick.

LL: What are the major differences between previous versions and your current version?

Sullivan: I don’t know many differences between the iPhone 6 and the iPhone 7, but I do know that the headphone jack shouldn’t be a problem.  The adapter that comes with [the phone] is pretty easy to use.  It’s faster.  It has different storage capacities and you can choose 128 or 256GB of storage.  It’s also more compatible with the new AirPods.

LL: Did you have to buy new accessories for the phone?

Sullivan: The case has to be different for the iPhone 7.  And also, you might need to buy different headphones.  You can still use the same headphones as before actually because of the adapter, or you can use headphones that would’ve been compatible with the other iPhones, but now you also have the option of buying headphones that fit into the charger port, so that’s a new accessory.  You can buy AirPods.

LL: How do you feel about iOS 10 with the new phone?

Sullivan: iOS 10 is kind of weird because I feel like it’s a lot of unnecessary, but fun stuff.  Like, when you’re texting, you can draw a picture and it’s not really like you need it, but it adds to the fun and overall utility of the iPhone.  It’s all just stuff that people have been wanting for a long time, so if you want to get the iPhone 7, it’s probably going to be a good combination of everything you’ve wanted for a long time.

LL: What is your favorite model and why?

Sullivan: Probably the 7 so far.  I haven’t tried anything except for the 4s and let me tell you, you do not want to have to live with what the 4s is.  You want to get the newer models.  I think it would be very beneficial for a lot of people just to get the newest model because I feel like right now there’s not much that they can change, but you’re going to have the best of the best for a while now.  The iPhone 6s and 7 are both good models.

LL: What is your favorite new feature?

Sullivan: I like the night-shift.  You can turn it on and it warms up the color of your phone so when you’re going to sleep it helps you go to sleep better at night.  Because the blue light is harmful to your eyes and it keeps you awake.  So, I like that feature because I am a student in school that definitely needs sleep.

LL: What conflicts have you faced with this new phone?

Sullivan: I can’t listen to music with headphones at the same time as charging.  So that’s the problem with the headphone jack–you can’t charge while listening to music.  However, everything seems to be working smoothly.

LL: Have you noticed major differences in the quality of photos, battery life, or anything Apple claimed to improve?

Sullivan: The battery life has definitely been improved.  I don’t need to charge it.  It rarely drops to 20%.  Photos are great.  The iPhone 7 does this thing that when you zoom in, it evens out the picture so it looks like it’s not even zoomed in at all.  Also, Snapchat looks amazing.  If you’re an avid snapchatter, I would recommend the iPhone 7.