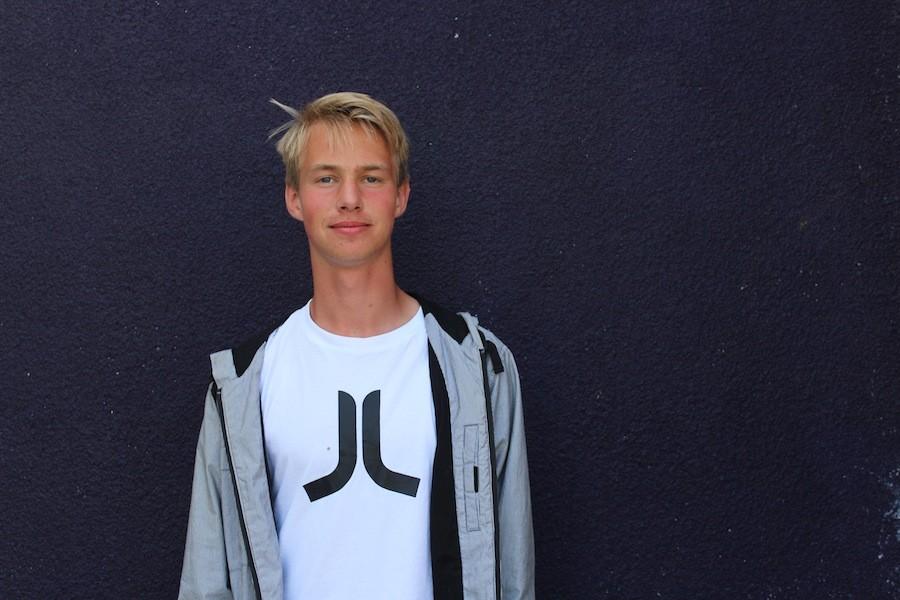 Junior, Erik Grammeltvedt, is a foreign exchange student from Norway. He ventured here through the AFS-USA program. He hopes to get a better cultural understanding through his study abroad.

Through an exchange program with the organization AFS-USA (formerly the American Field Service), junior Erik Grammeltvedt traveled from Norway to Carlsbad, California. This program helps students experience new cultures and ways of life while still in high school, providing a preview for what life would be like while studying abroad in college.

Grammeltvedt’s inspiration for this journey was sparked by his friends’ previous travels to America, and his own hope to improve his English. His main goal coming into the program was to learn about the lifestyle of people in a different part of the world.

“I would like to get a more global understanding of the world and experience another culture,” Grammeltvedt said. “Also, because I’m not getting grades this year, it is a nice opportunity to have a fun year.”

When he first arrived in California, Grammeltvedt looked forward to the year-round sunshine and warmth of Carlsbad, contrasting to his home where it was mostly cold and snowy. Also, the opportunity to experience life on his own fascinated him.

“[I like] being in charge of myself,” Grammeltvedt said, “It’s more or less up to me to do the stuff that I would do if I were at home.”

Living here with his host family, Grammeltvedt enjoys the American music, movies and media that he and his friends talked about back in Norway. His enthusiasm for experiencing a new lifestyle increased as Carlsbad High School welcomed him onto the cross country and track and field team. After having trained with some of Norway’s top athletes, he was eager to show his skills. This, along with visiting the beaches and enrolling in unique classes, allowed him to branch out of his comfort zone.

“In Norway, we like to think of America as a land of opportunity,” Grammeltvedt said.

This land of opportunity has provided him with aspects of life completely different than those in Norway.

“The school I went to, which was considered quite big for Norwegian standards, only had about five hundred people, compared to Carlsbad that has two thousand or so,” said Grammeltvedt.

In a new and larger school, Grammeltvedt has been able to quickly make friends and connect with students all over campus.

“Americans in general are much more open [than Norwegians],” Grammeltvedt said. “They’re really good at starting conversations and keeping them going, which is really nice.”

As Grammeltvedt looks to continue out the rest of his year at Carlsbad High, his reflection on this experience so far brings him to hope that his new relationships will remain strong for years to come. With a wider perspective on the world, Grammeltvedt hopes to continue to learn about different lifestyles.

“By the end of this experience, I hope to have a better idea of the cultural picture of the U.S., but also of course the friends that I make here… I want to stay in touch with them for a long time,” Grammeltvedt said. “America is super good, especially California. I really really enjoy California.”