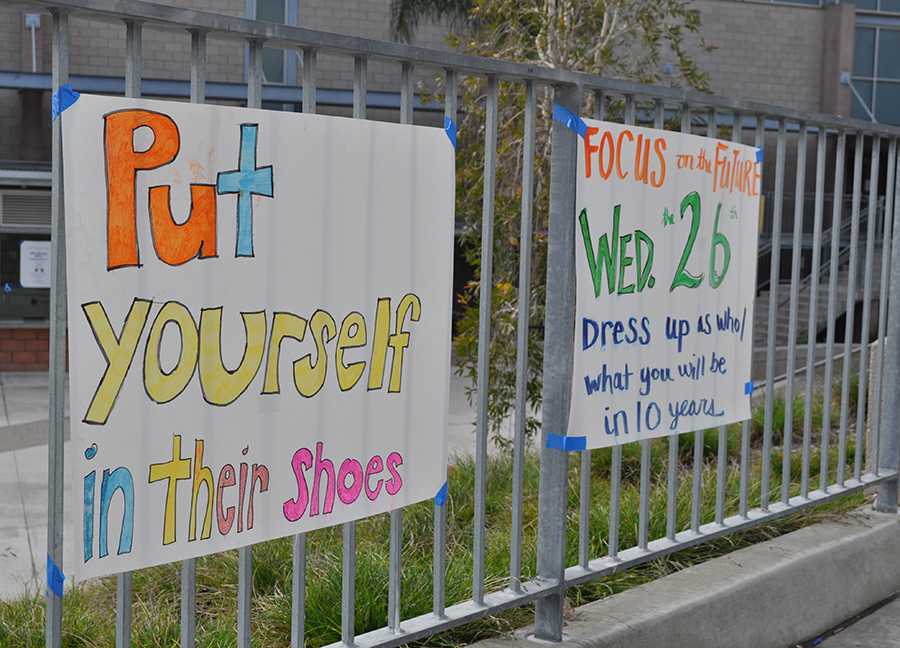 Last week, students were encouraged to participate in Yellow Ribbon Spirit Week. The spirit days, such as "put yourself in their shoes", promote anti-bullying and suicide prevention awareness.

At 11:45 p.m., a bright yellow mustang sat in a driveway. Seven minutes later that same night, the car was discovered with the body of 17-year-old Mike Emme and a note that said “Don’t blame yourselves, Mom and Dad, I love you.”

The death of Mike Emme, who took his own life due to certain stresses, began a new urge to raise awareness for other people struggling with life.  In honor of Emme, the Yellow Ribbon Suicide Prevention Program was created, and last week, students at Carlsbad High School’s campus participated in Yellow Ribbon Week to support the cause.

“Yellow ribbon week is when we spread anti-bullying prevention and suicide awareness,” senior and ASB president Courtney Benner said. “We wanted to get people to understand what it is and encourage them to speak out.”

The issue of suicide, especially with teens, has become prominent in today’s society, and it is necessary to draw attention to the looming problem and to let kids know that there is help. Throughout the week, many interactive events took place to get students involved, and the school campus was decorated with yellow bows.

“We had many events going on this week  including spirit week with dress up days, and passing out yellow bracelets,” Benner said. “We also gave t-shirts to all teachers to wear to spread awareness, had San Diego specialists come to give information about suicide awareness and hosted a special PLUS team forum.”

Organizations throughout the community also saw the importance of this event and wanted to get involved. Although they couldn’t do anything directly, many institutions donated money to show support and assistance.

“We had sponsors for Yellow Ribbon Week who helped pay for the t-shirts as well as the other activities going on around campus,” Benner said. “We got a lot of support from the Parent-Teacher-Student Association, the California Education Foundation and the Carlsbad Unified School District.”

Created by the distraught parents of a troubled boy, the Yellow Ribbon Suicide Awareness Program and consequently, Yellow Ribbon Week prove the importance of a growing issue across the country. Suicide and bullying are struggles no person should have to face, and by raising awareness, hopefully nobody will face them alone.

“It is an important event to participate in to show that you care about the people who are getting bullied,” sophomore and ASB member Lindsay  Nipper said. “We want them to know that we are there to support them no matter what.”