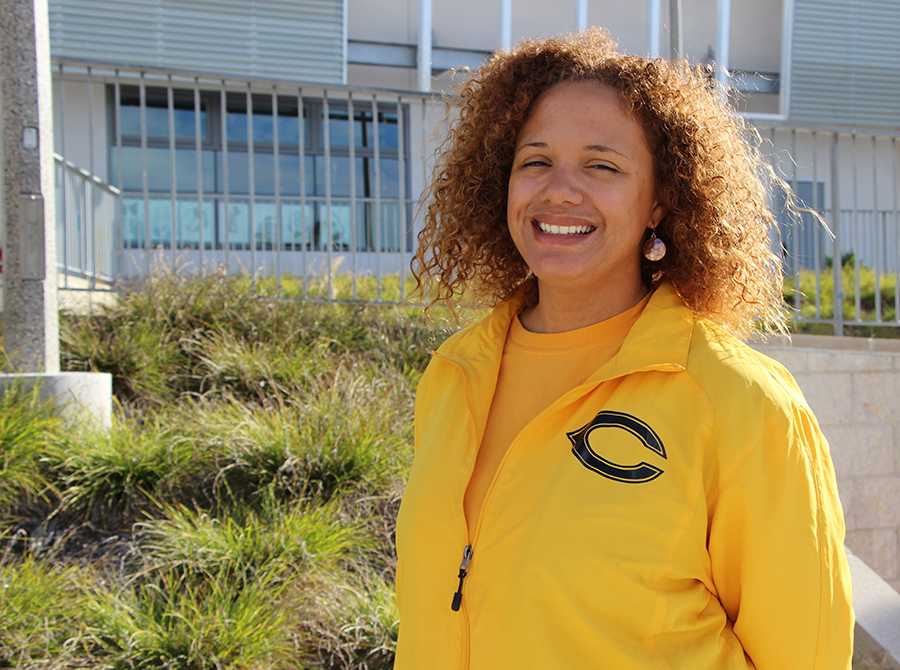 Monique Ferreira is one of the familiar faces seen around the campus. She grew up in Rio De Janeiro and overcame many struggles while moving to America. She currently works as a campus security guard and mother to her three children.

Every day, security guards wearing neon yellow jackets ride around the school on their bikes or in their golf carts. Some stop during lunch and chat with kids about their classes. Others race the seagulls to the trash while students continue to nibble their sandwiches. These guards are familiar faces; one particular guard, Monique Ferreira, embarked on a journey years ago from Rio de Janeiro, Brazil, to her new home in America.

On May 7, 1995, 8-year-old Monique arrived in New York and prepared for the new world ahead, yet still felt nostalgic for her previous home.

“I missed the heat in Brazil and my family– hugging and kissing everybody,” Ferreira said. “We were all family.”

In Ferreira’s first year in America, she wasn’t quite familiar with the English language, which gave her a few obstacles to overcome. Learning to speak English took one year for Ferreira, but becoming comfortable with the language took two more years. Ferreira went into a state of depression and became severely homesick.

“I stayed inside and was heartbroken for the first two years. The kids in America were brutal until around sixth grade,” Ferreira said. “I finally made friends and was okay.”

Ferreira found the courage to make it through every day with the support of her mother, who left her position as a housewife in Brazil to become a working mother in America. Ferreira has followed her mother’s example throughout her life. Today, Ferreira is a mother of three kids and embraces life in Oceanside despite the few rough years.

“Carlsbad is beautiful. I look forward to coming to work every day now,” Ferreira said. “I make it my goal every day to make somebody smile.”

While on the job at the gate, she does not only find enjoyment interacting with the students passing through the gates, she also reaps unique benefits as well.

“I’ll see the students going to lunch and ask them where they are headed, and if it is any good,” Ferreira said. “And later, I like to try those places with my family. The kids are like my food critics.”

Students in return like to talk to Ferreira and look forward to seeing her at the gate during lunch. Students have caught onto Ferreira’s charismatic personality, especially sophomore Kate Carter.

“Monique works really hard for our school and the people in it,” Carter said. “Monique is fabulous.”

To Ferreira, working at CHS is her dream job; the hours are flexible and she gets to hang out with Carlsbad kids. When Ferreira is not at school, she spends time with her own kids at home.

Although she is 4,817 miles away from her old home, Ferreira keeps a strong and positive outlook.

“Life is short,” Ferreira said. “Don’t let anything get to you and enjoy it.”