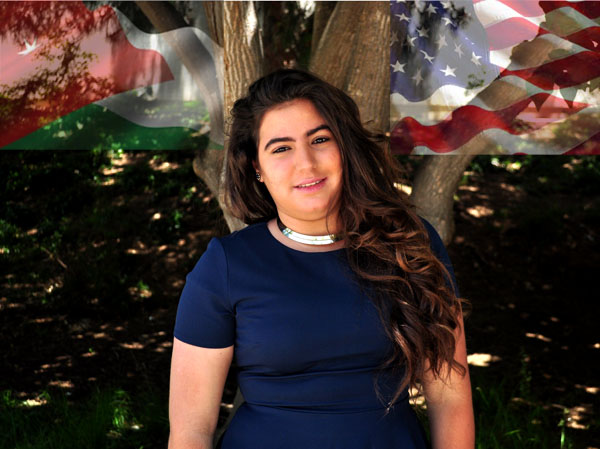 Leaving home I can be scary moment in life, whether it’s just down the street or across the globe. And Junior Mina Ismael is a long way from home.

Ismael is currently enrolled here at CHS and is spending her third year away from her home country of Jordan, located in the Middle East.

The United States is far from Amman, Jordan, where she lived. In every aspect of the word. Foreign culture, foreign people, foreign food–enough to put your head in a tizzy.

But surprisingly enough, Ismael handled the transition with great optimism.

“The language and culture has been hard to adjust to, but other than that it was an easy transition,” Ismael said.

The schooling is also significantly different in Amman, which relates to the social culture in Jordan.

“My School in Jordan is much smaller,  and the curriculum is harder,” Ismael said. “Also, schools go from kindergarten to 12th grade so you really get to know your peers.”

The social aspect in Jordan is simply more social. People greet each other and have close bonds with almost everyone despite the fact that there are nearly four million people living there.

“I like Amman better because there are more social things for my age, and the night life continues later than here in Carlsbad,  almost every aspect is better and especially the food,” Ismael said.

But the question arises, if the conditions are so great,  why leave Jordan?

“Basically I came here for an American education because of the opportunity it can give you and my father found work here” Ismael said.

An American education is seemingly more distinguished than that of a degree  from other countries which draws people from all over the world, which makes students in the U.S grateful for the opportunities they were given.

Ismael is a great example of diverse culture and will surely answer any questions about her past.