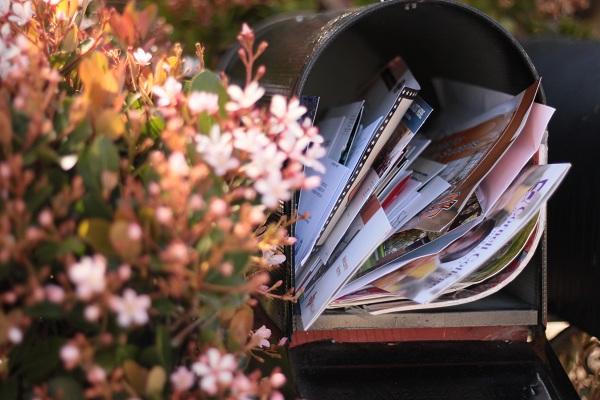 College letters have begun to fill up senior's mailboxes, both acceptance and rejection letters -- along with the lingering colleges still trying to get students to apply. (Photo Illustration)

It’s that time of year. As senioritis reaches full swing, the looming threat of regular decision college announcements dominates many students’ thoughts as they enter their last months of high school. However, as the first letters arrive securing spots at an university, some seniors might breathe a sigh of relief as others continue to stress.

In order to hear back sooner than others, many students fought procrastination to apply early. A few schools also simply send out announcements earlier than the March-April norm; some colleges will let students know early based on merit.

“I applied Early Action at most schools, if it was an option,” senior Arianna La Marca said. “A couple of schools waived their application fee and/or essay if I applied within a certain amount of time, and they promised a quick turnaround, so I took advantage of that.”

Of course, early admittances relieve some of the stress seniors deal with while anxiously waiting to hear back from certain colleges. Rather than waiting until the end of March to hear back from that dream school, by applying early, students could receive good news before the first semester even ended.

“I was ecstatic upon receiving my acceptance to Azusa; it’s one of my first choices.” La Marca said. “I screamed and jumped up and down and called my immediate family members, it was pretty thrilling. For the others, it was more of just a smile.”

“For Berkeley, I heard early because I got the Chancellor Scholarship, which is merit-based,” senior Ian Marshall said. “So now I have to schedule an interview.”

However, even the early letters can’t end every senior’s worries. There’s still a few weeks left until most of the regular decisions start flooding in, and even with a some acceptances under your belt, it’s still a tough wait.

“Everyone said that when you hear back from your first school, you’d be really relieved,” senior Brad Streicher said. “But if you still really have a number one dream school you have to go to still, you don’t really feel that relief. It’s just nerve-racking”

So as seniors enter the final stretch, everyone hang in there. The decision and wait might be overwhelming, but regardless of whether you already know where you’ll be next year or if you’re still waiting, it’ll all be over soon.

“Your world won’t end if you’re not accepted–there are so many options out there.” La Marca said. “So it’s best to just live your life and let what happens happen!”