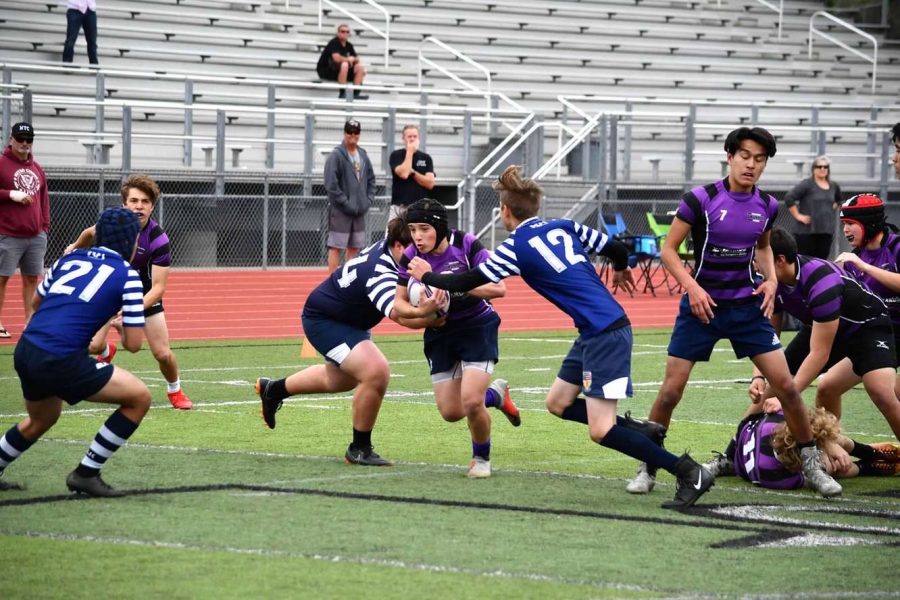 For so many athletes, their sport isn’t just a game, it is a lifestyle. That’s exactly how it is for sophomore Solomon Williams, who finds bliss in the tackle game of rugby.

For nine years, Williams has played with programs such as Rhinos Rugby Academy, Crusaders Rugby and Tri-City Thunder Rugby Club. Inspired by his father, a former college player, Williams is proud to call the sport a passion, a game full of valuable relationships.

“What I love so much about it all is that my teammates are kind of like my brothers, we all have each others’ backs,” Williams said. “We just love to do everything around the ball like hit, make tackles, make a pass, it’s just a really fun game to play.”

The sport of rugby holds an infamous reputation for its aggressive and high-speed plays. It is assumed by most that the taller or heavier-set a player is, the better they are, but for Williams, that is most certainly not the case.

“I’m a smaller player, so everyone doubts me, like when it comes to making tackles and stuff,” Williams said. “For me, it’s fine, but everyone always does it, so it makes things a bit harder, mentally.”

The high school program Williams plays with now, known as Tri-City Thunder, connects to him in a very personal way. The club was started by his father, Josh Williams. Mentored by his dad and coached by Jacob Campbell, it’s no surprise that he plays such a principle role on his team.

“Solomon takes a leadership role on the team and other players look up to him,” Campbell said.

Rugby is commonly compared to the field game of football, but players and watchers know that the two sports have little similarities. In rugby, there are 15 players on the field, whereas in football, there are 11. Also, rugby players are permitted to score a field goal by drop-kicking the ball, when in football, the kicker must make a punt. The most absolute difference of them all: rugby players do not wear substantial pads. The teammates may wear headgear, gloves, protection vests and mouthguards, but that is all.

“I play scrum-half,” Williams said. “My position is kind of like the quarterback, but I still get to tackle and stuff.”

On the turf, Williams has a reputation as an intelligent and quick-witted player. Part of ASB here at Carlsbad, Williams is known for his outgoing and high-spirited personality, making him a great player on the field.

“Solomon is an experienced and skilled player,” Campbell said. “He brings leadership and rugby knowledge to our team.”