Athlete of the Week: Chase Murray 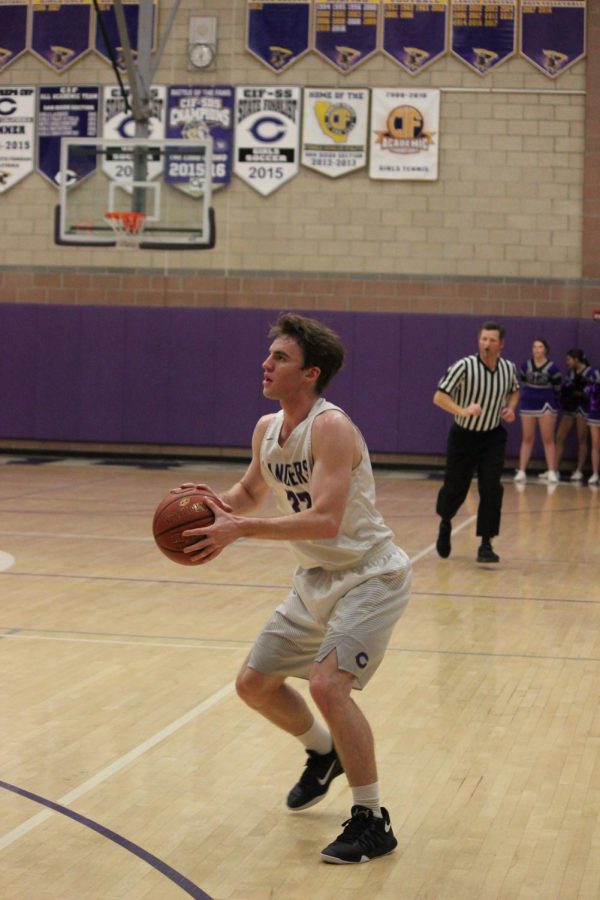 Senior Chase Murray is on the varsity team for his second year now. He was a part of the team that finished runner up on the CIF D3 Finals last year. Murray plays shooting guard and point guard. On Jan. 30, the Lancers played the San Marcos Knights, Murray helped the team with 12 points in the Carlsbad 79-50 victory.

Lancer Link: When did you first start playing basketball?

LL: Why did you want to start playing basketball?

CM: My little brother, I always saw him play basketball and went to his games and watched him play.

LL: What position do you play?

LL: Whats your favorite team to play against?

LL: How often do you play basketball a week?

CM: I play so much probably everyday.

LL: How has being on varsity affected you as a player?

CM: It’s made me better, I’d rather play on varsity than JV.

LL: Whats your favorite part about being on the team?