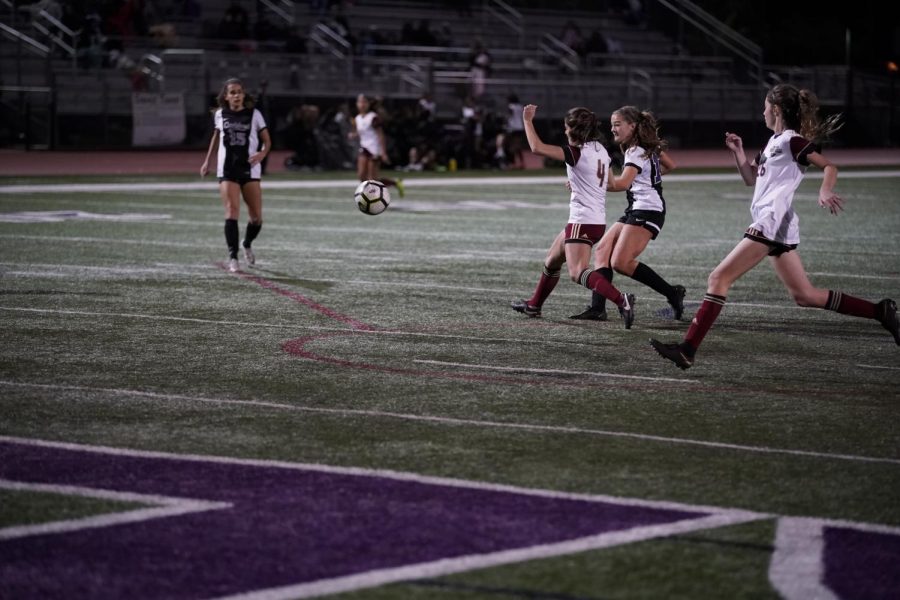 Losing players to graduation each year challenges a team to replace the roles they lost. While the junior class still has two seasons left to play, they make up a very large part of the team. Focusing on the “now” helps a team use the players they have to win as many games as possible.

Last year, the varsity girls soccer team scored 54 goals in 23 games. Already, they have surpassed that this season having scored 57 in only 18 games. The team is built by three sophomores, five seniors and a heavy nine juniors.

“I feel like we have pretty good team chemistry this year because we have a lot of returning players from last year,” junior Juliana Vanderbyl said.

Every player assumes their role on the team. At the moment, the team has a promising look toward post-season, and as of Jan. 16, they are undefeated (7-0) at home. Teamwork is an important part of soccer and the players believe they have this down.

“We’ve been having a lot of practices during league, team bonding and just listening to each other and working as a team,” junior Rachel Medina said.

The team is in division 1 of CIF and know that they will have to play well to win the games they want to. In practice they work to perfect their corner kicks and free kicks so when it comes down to the game, they can make the play.

“The hardest part of this season is that every team wants to beat us and we have no easy games,” Medina said.

With 14 or 17 players graduating in the next two years, the program knows it will need to find players to continue to push the level of play forward. For next year’s freshman and any future varsity players, the current team needs to establish their style of play and practice to pass on.