New water polo coach splashes his way into the season 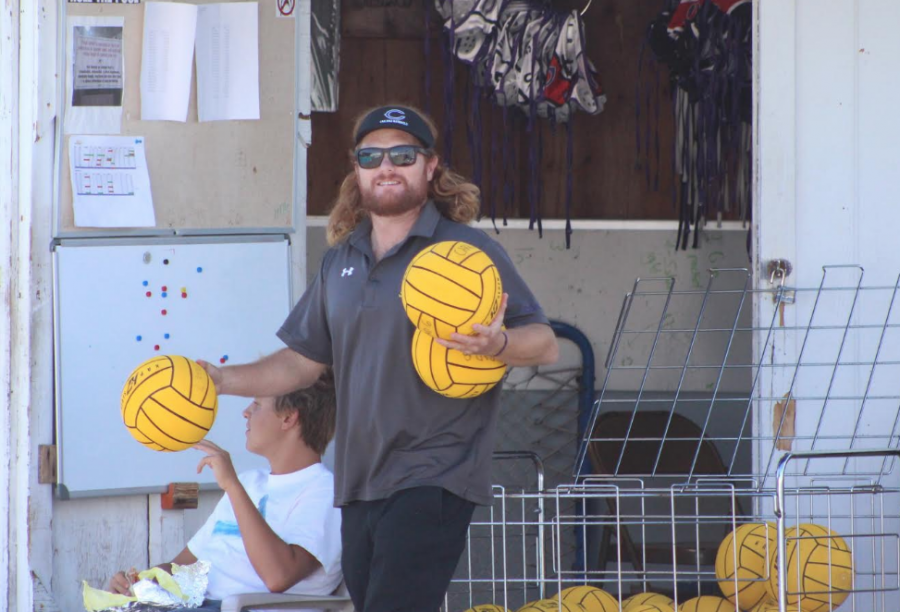 When a coach retires, a team goes through a rebuilding where they must adjust to the new coaching style. Combining the way the retired coach ran things with what a new coach can bring to the table, this ensures the athletes will have a smooth transition.

Coach JB Feaster retired from the water polo head coach position this season, being the first time in three decades he has not been the varsity coach. With Feasters’ retirement came a promotion for the former JV coach, Coach Josh Moser. There was one main reason why Feaster decided to retire. He wants to focus on his family and spend more time with his kids.

“I’ve been coaching for thirty years and that’s a long time,” Feaster said. “I wanted to get out while I still loved the sport and loved the kids.”

Although he is no longer the coach, Feaster maintains a close bond with the team, as he still coaches aquatics in the morning and attends all of their games. He trains them as if he was still the coach, getting them ready for their practices and games. As for the boys on the team, the transition was very natural, since most of them have worked with Moser before.

“[Moser has] been my coach for six years and he’s always been there for me,” freshman Finn McIlroy said.

Senior Aaron Dotson, a team captain, played for coach Moser last year on the JV team, and responds well to his specific coaching style. Moser, being a well-known coach for the club team and high school team, made the boys comfortable coming into the season with a familiar face, even with the absence of Feaster.

“I can get on the same level with him when we’re talking,” Dotson said.

In a typical practice, the boys would begin with swimming and doing some conditioning to prepare for their games. Moser still held the same standards to the boys as Feaster did, which resulted in their record of 13-11-0 overall and being undefeated in their league. Some highlights were pulling out the wins with well-known teams and rivals such as Torrey Pines, La Costa Canyon and Canyon Crest Academy. Dotson’s team goals for the season are to win CIF’s and end the season with a good record.

“I was really excited to have him for varsity and his enthusiasm during the games,” Dotson said.