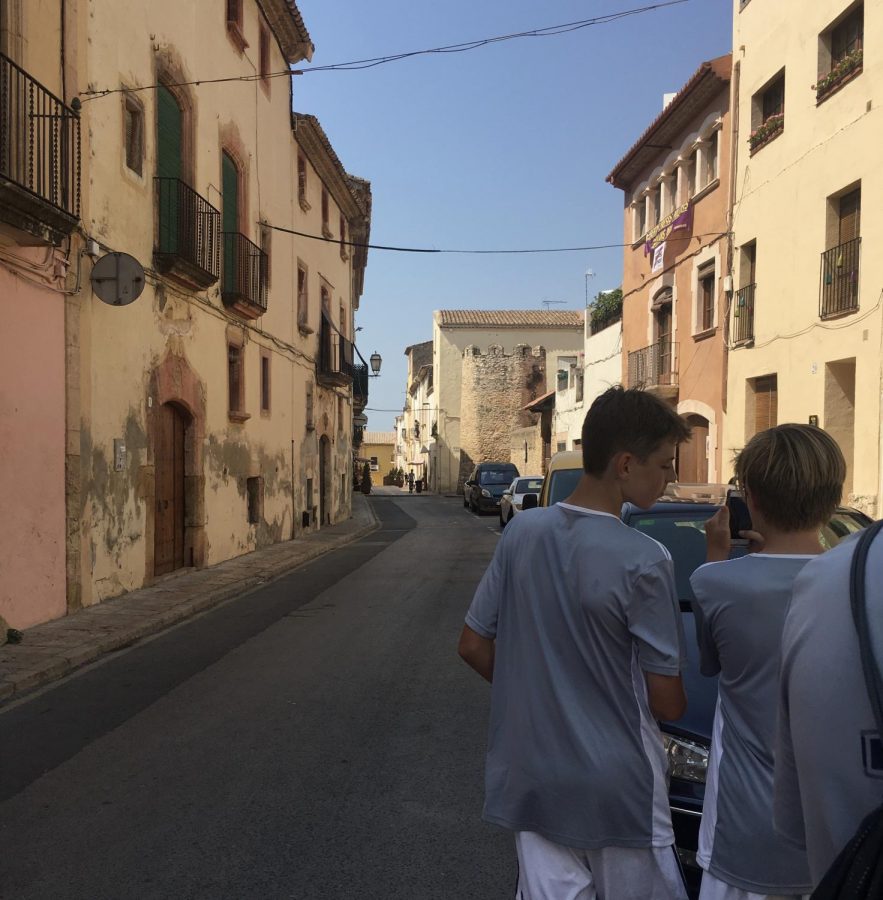 While visiting Altafulla, Spain, the players walked through the streets to truly experience the culture of the city. (Courtesy of Caleb Kawano.)

A group of 2003 and 2004 born boys went to Spain to compete in soccer games while learning about the different soccer lifestyle. Through the club LA Galaxy San Diego, they traveled to Barcelona and a handful of other Spanish cities to play against a few of the best youth soccer clubs there.

“We went to Barcelona and played three games there, two full field games, so 11 on 11, and one eight on eight game,” freshman Caleb Kawano said. “In one of the games, we played against the third best team in Spain.”

Barcelona has major ties to the soccer community, as they are home to FC Barcelona. Professional soccer player Lionel Messi is a part of this team that holds five Champions League Trophies and three FIFA Club World Cups. Being able to visit an area that has so much influence on the game gives the teams a new passion for soccer.

“My favorite part was going to Camp Nou, (FC) Barcelona(s) stadium,” freshman Milo Muehlhausen said. “We got to see where Barcelona plays and I got to experience a different culture that I haven’t experienced before.”

When traveling to another country, language differences can be a challenge. Spain’s official language is Spanish, and players such as Muehlhausen, Kawano and sophomore Aaron Harris know a limited amount of the language. They saw the difficulties first hand of coming into contact with another culture.

“The hardest part of going to another country is the language barrier, but that was also the fun of it,” Harris said. “You get to try and speak Spanish a little bit and we were all bad but it’s fun to try.”

With Spanish men’s national team being in the top ten teams in the world, the community is built on soccer. Learning how they incoorporate soccer into their everyday lives helped Muehlhausen, Kawano and Harris to learn what they need to do to be successful in the world of soccer.

“I was able to take away how soccer is more of a lifestyle and less of a hobby,” Kawano said. “It’s more how they live because of how focused they are on soccer.”