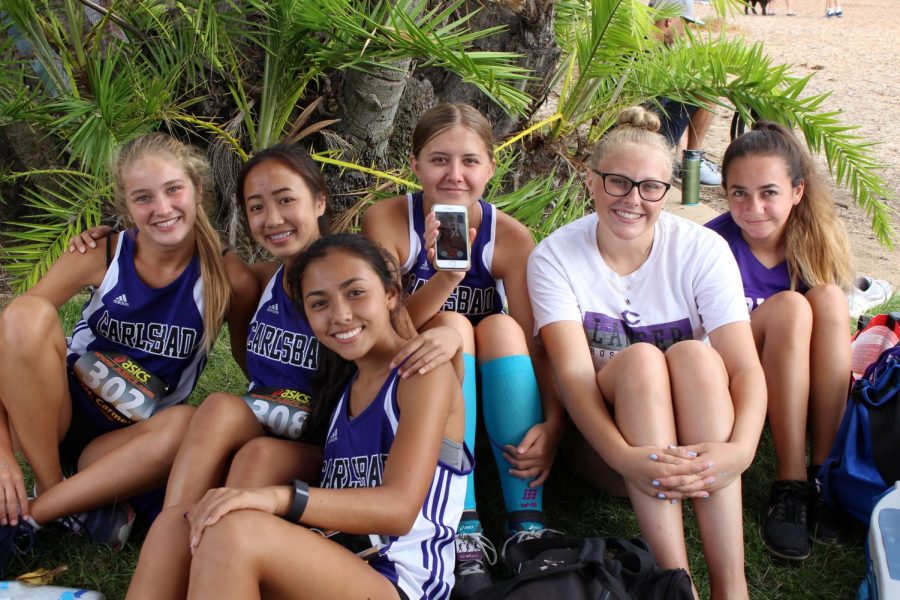 The cross country team practices everyday after school as they prepare for their next meet. Running around the school is one of the many practices the team does in order to improve their performance. Coming into the new year, the team is hopeful for their future performances on the track.

This is freshman Isabela Vega’s first year in cross country and she was glad to say, her performances have been running along smoothly. She was able to keep up with the pact and was satisfied with her run.

“I was really happy with my performance,” Vega said. “[The race] was my first duo meet and I placed second overall for the [team].”

Vega’s success does not come out of thin air. Practice and time plays a key role on her performance during the last meet.

“I really want to work on staying with a pact of runners and advancing to further pacts in front of that pact.” Vega said.

The team aims to reach extra miles by also running around the city. Sophomore Kendra Poehler has experienced this first hand as she runs together with the team.

“On my last meet, it’s the best I’ve done so far this season, you know,” Poehler said. “Yeah, I could’ve done better but it was good.”

The team builds their strength and endurance with the consistent practices each week. The team’s performance was at its absolute high last meet, showing the effectiveness of the practices. The team focuses on running longer distances so they get more accustomed to how it will be at the meet.

By running to the beach and back to school, the team uses the long distance to improve their endurance before the meets. The team runs five times a week and occasionally weekends, anywhere from six to eight miles.

“We usually run distances longer than the races so that we get used to having to run long,” Poehler said.

Both runners have used their practices to improve on their performances in their upcoming meet. By improving their stamina and having a consistent practice schedule, Vega, Poehler and the rest of the team hope to place higher than their previous meet and hope to make it farther throughout their high school career.

“I’m looking forward to eventually working to get to state as a junior or senior,” Vega said.