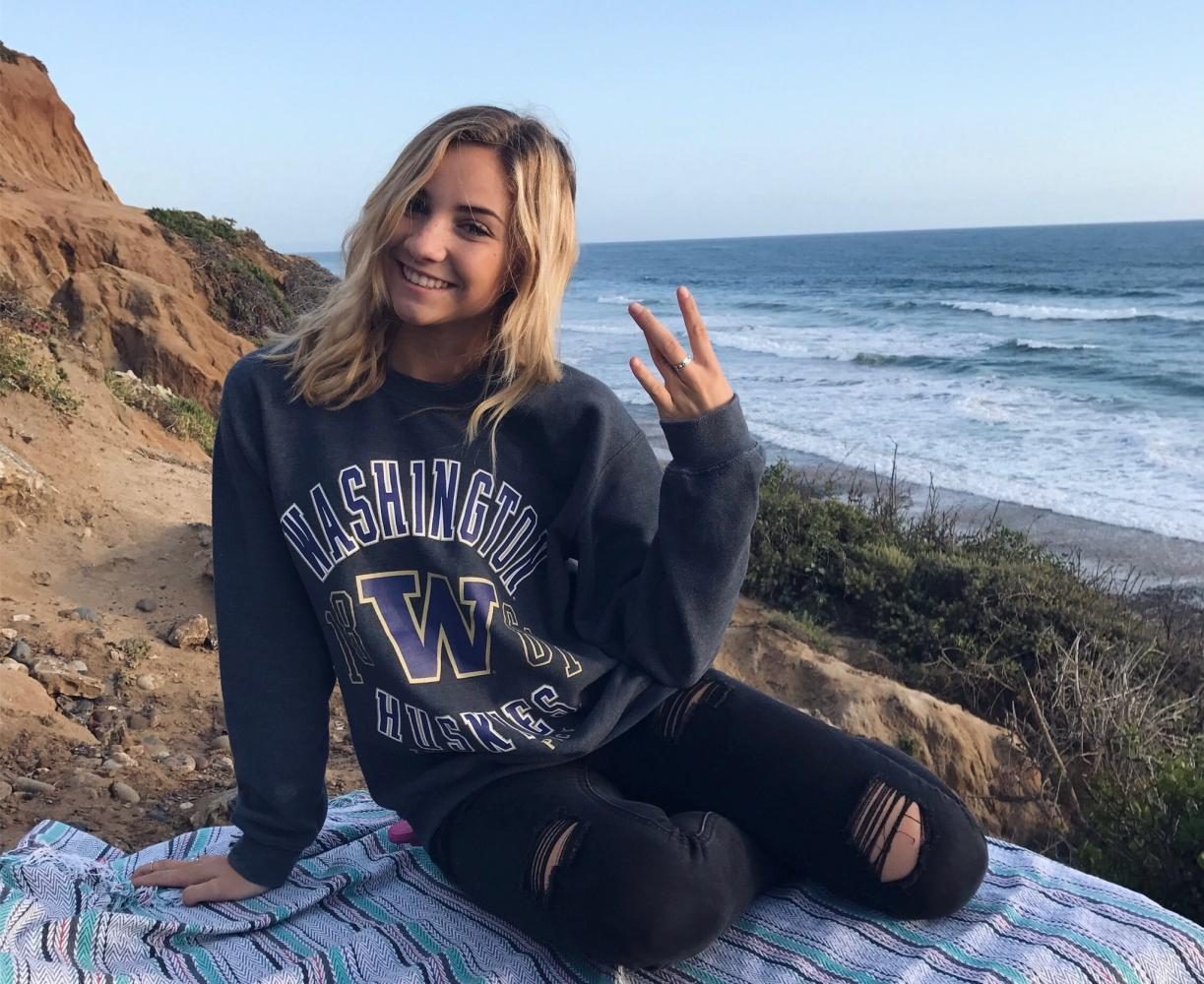 Committing to a college can be both scary and exciting. Committing for a sport and in your junior year of high school can be all the more of both those things.

Junior Hannah Vandenkolk recently made an oral commitment to compete on the gymnastics team at the University of Washington.

“I’ve been looking at the University of Washington for about two years now and it was the first school I looked at for gymnastics and I instantly fell in love with it,” Vandenkolk said. “Every other school that I looked at just didn’t really compare to it and I have a lot of family up in Washington so I just really liked it.”

However, it was not an easy or fast process. Getting the opportunity to compete for the University of Washington took a lot of commitment and patience.

“It was a really long commitment process where you have to be really patient,” Vandenkolk said. “I have been talking to Washington for about two years now and gymnastics is one of the sports where it’s a big numbers game because the team can be only around 15 to 20 girls so it’s really hard to get a spot on the team.”

Even more difficult, Vandenkolk had to keep in contact with the school for years to show interest, but received no encouraging response for a while.

“I would just talk to the coach weekly like emailing and texting her,” Vandenkolk said. “It’s sort of rough because they can’t talk to you until your junior year. They can’t email you back or any of that stuff, they can only talk to your coach so it’s sort of hard because you contact them and get no response back.”

This decision paid off in the long run though. Her persistence in her early years of high school is making her final years less stressful.

As long as Vandenkolk maintains her training routine and good enough grades that will allow her to be accepted into the school itself, she will be expecting to compete on the gymnastics team for the class of 2022.

“I think it’s going to be really fun in college being a part of a team and being a student athlete,” Vandenkolk said. “Obviously it’s a lot different from the normal college experience like I won’t be able to join a sorority or any of those types of things, but I’ll have a strong bond with the team and the coaches so that’ll be cool.”